The NEVIS Engine Company Ltd. has successfully closed its first round of seed funding to help it further test and develop its current two-cylinder prototype engine as well as to develop awareness of the technology. The Italian company has been developing the prototype with €2.5 million (US$3.3 million) in government grant money.

The NEVIS (New Exhaust Valve & Intake System) engine embodies a new two-stroke combustion cycle (the “Bortone” cycle after its inventor) and a new design than combines, among other features, annular (i.e., doughnut-shaped) pistons, modular cylinder construction and a sinusoidal camshaft similar to those adopted in engines with cylinders arranged co-axially around the shaft. The company claims that the engine offers efficient combustion at all levels of power demands, and that it can nearly double the fuel efficiency obtained by conventional internal combustion engine technologies.

Although the NEVIS engine is lighter and smaller than a conventional ICE engine of comparable cylinder displacement, it offers more power, due in part, the company says, to the engine offering six times the number of power strokes per revolution than a traditional four-stroke engine.

The two-cylinder prototype was put through a bench test with engine ignition for the first time in Lecce, Italy in early 2006 as part of the review process by MUIR (Ministry of Education, University and Research) for the government grants that funded the development of the prototype. This first test confirmed the correct functioning of the Bortone Cycle and the basic mechanical operation of the NEVIS engine. Preliminary testing without ignition also confirmed nearly 50% less friction/pumping resistance for an engine with a comparable displacement.

The five key design concepts of the engine are:

Obtaining optimized scavenging without the need for an additional turbine or compressor. *

The use of a sinusoidal camshaft to transform the alternate motion of the pistons into rotary motion. The shaft in the NEVIS provides the ability to complete three combustion cycles within a single shaft revolution. *

A variable compression ratio made possible at all rpm and power loads by the regulation of an annular screw element within the shaft. *

The use of annular pistons to enhance thermal efficiency, allow for a light structure, and to integrate the engine’s other key concepts.

Within all that, the principal innovation of the NEVIS engine, according to the company, is the system used to vary load needs.

The extended opening of the exhaust valve allows the piston to expel the air that has replaced the exhaust gases through the cleaning phase. The longer the valve stays open, the smaller the amount of air available for the combustion that follows, and as the compression ratio may be varied as desired, it is possible to have very small quantities of air charge. In other words, the load is reduced but not the efficiency of the engine that totally utilizes the expansion of the combustion with an expansion stroke that is inversely longer in relation to the load entity.

If the opening time of the exhaust valve is short and the air is prevented from flowing out of the exhaust duct, the compression ratio can turn back to the initial proportion and significant loads can be achieved, especially if the inertia of the air in the intake duct causes some supercharging. For the sake of efficiency, it is better not to run the engine under pressures that are too high as this requires greater depressions in the combustion chamber that can only be obtained using the kinetic energy of the exhaust gases which, flowing out at high velocity, cause depressions. The more these are intense and durable the higher the velocity and the quantity of the exhaust gases. Thus, anticipating the opening of the exhaust valve when there is still a certain pressure in the combustion chamber improves the filling process, but causes a loss of efficiency as expansion doesn’t take complete advantage of the pressure given by the combusted gases.

The NEVIS engine overcomes a number of issues with traditional two-stroke engines:

The increased size of the intake and exhaust ports enable higher flow. *

The scavenging of the NEVIS engine differs from that of the traditional two-stroke and it can be compared to four-stroke efficiency. It can be complete at all rpm and at all loads with an optimal expulsion of all combustion residues due to the new cycle, to the particular unidirectional outflow and to the longer scavenging phase. *

The variable lifting law of the exhaust valve and its regulating timing system, in combination with the new “loading” method, avoids the losses of any quantity of fuel at the end of the scavenging phase; in fact, the exhaust valve during this precise phase will always be closed. The NEVIS engine also provides a time for vaporization that is 2.6 times longer than in the normal two-stroke engine: this allows the use of direct injection operating with relatively modest pressure and ensures good injection even at high rpm and high loads. *

There is a longer-lasting pressure at the end of the stroke due to the modest height of the intake ports and that the opening of the exhaust begins at a point similar to that of a four-stroke engine (55-60 degrees of angle of crank) with respect to the bottom dead point.

The company is also exploring adapting the NEVIS for HCCI (Homogeneous Charge Compression Ignition). The NEVIS engine adapted for HCCI would not only increase efficiency further but would also do away with NOx without the PM (particulate matter) emissions of a diesel, according to the company. 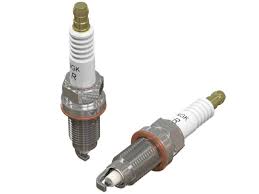 This is a fairly HIGH VOLUME ping list on some days......

“Bortone cycle” ? I am a little skeptical of new cycles being discovered this late into the game. But then , who am I ?

It’s all for nothing if it doesn’t meet air quality standards. Many 2-cylinder engines don’t meet spec in that area. Just look at all the small-displacement engines that have gone 4-stroke in recent years.

IMO, we need to decide which is more important.

Didn’t see a PV curve of the Bortone cycle.

Since all the free world is into “air quality” standards, I’m sure the engineers took that into account also. If it’s more efficient, would not that also mean less pollutants?......

I’m no expert, but soon after the advent of 4-stroke outboard motors, there was suddenly an awful lot of very fuel efficient and low emission 2-strokes coming to market.

2-stroke technology has come a long way from the old blue-smoke spewing rattle monsters. Though they did and do run like a bat outta hades.

When both ports are closed and the fuel is injected the fuel consumption and emissions drop dramatically.

..a revealing book, you can buy on amazon right now for penny, explains in no uncertain terms why the guzzling big P O S is here to stay... get it ...read it.. it doesn't seem like it may be a fascinating book, but it is.

If they were an American company you would be right, but they are in the Socialist Workers Paradise (the EU) so anything big must be done from within the government structure.

Jet-Engine Inspiration
Another potential player in the race to 100 mpg is the StarRotor, which began life as an air conditioner at Texas A&M University. Chemical-engineering professor Mark Holtzapple and his colleague Andrew Rabroker were attempting to build a better compressor for an air conditioner when they hit on the idea that became the StarRotor engine’s basic architecture. Once they made the connection to car engines, “we quickly forgot about air conditioners,” Rabroker says. They have since formed a business (also called StarRotor) to commercialize the technology.
The StarRotor uses the same thermodynamic process as jet engines to recuperate some of the heat normally lost to exhaust, something that the design of a piston engine doesn’t allow. The exhaust heat warms the air that comes into the engine before the fuel is added [see illustration, below]. This hot air leads to more powerful combustion, which means the StarRotor can extract more energy from a given amount of fuel than a conventional engine could.