Vanity: Questions regarding the Republican Platform, is it pro-life, pro-family?

I've long assumed that the Republican Party platform included pro-life, pro-family and pro 1st and 2nd amendment planks. Is this true or false? Or is the platform amended each election cycle to conform to the positions of the top polling potential presidential nominee (ie, the one with the most money or star billing and the MSM eye)?

If these planks are based on longstanding, sound conservative principles and are sincerely respected and upheld by the majority of the members, then I'd like to propose a motion that before being seriously considered by the official party powers that be, prospective nominees for the office of President of the United States must in the least demonstrate a solid history of being pro-life, pro-family and pro 1st and 2nd amendments, in addition to a solid history of abiding by and fighting for the other basic Republican planks, ie, national security, national defense, limited government, conservative spending, lower taxes, strict constructionist judges, local control of health, education and welfare, etc, etc.

Or is it too much to ask of the politician asking for our support for the highest office in the land to respect and abide by conservative principles and the basic planks of the party platform?

Or is there a movement underfoot to remove these planks from the platform?

Not too much to ask, but it certainly narrows it down.

The home of mainstream gay, lesbian and STRAIGHT Republicans............

Freedom is about authority. Freedom is about the willingness of every single human being to cede to lawful authority a great deal of discretion about what you do and how you do it.
Rudy Giuliani

Feb 1, 2007 Ann Coulter On Rudy Giuliani : "I Think He's The Only Republican Who Can't Beat Hillary."

We know everything we need to know.

Yes, especially when you use Ann Coulter as a reference.

Did someone buy you a new box of crayons?

If you cannot stand upon principle, then you can hardly expect others to do it for you. And if you abandon principle for the sake of convenience or 'practiciality,' then you can't complain about the results. Think of the message that you're sending.

What the Republican Party needs is a good, strong high-pressure enema to remove the 'progressive' RINO stools with which it seems to be impacted. Unfortunately, nothing short of a civil war will do the trick at this stage of the game.

287 posted on 02/04/2007 3:14:03 PM PST by Noumenon (The Koran is the Mein Kampf of a religion that has always aimed to eliminate the others - O. Fallaci)
[ Post Reply | Private Reply | To 47 | View Replies]
To: airborne
The GOP powerbrokers are in control of the platform, and so long as they continue to take us (and our votes) for granted, it will remain an "inside the Beltway" tool.

Now, let me whack you with the truth stick. The GOP Platform is written and voted on at the GOP National Convention every 4 years. The platform committee does the writing and revising and approving. Quite often, there's a bit of contention as various factions of delegates at the convention fight over what should be added, deleted, or edited. The delegates are made up of people elected by their state parties to represent the state party members at the convention. I've been a delegate to the Arizona state GOP convention and voted on which delegates to send to the national convention. I was very careful to find out which delegates were pro-life and which were with the Democrats as being pro-abortion. I voted only for pro-life delegates because I knew that some of them were going to craft the GOP platform and all of them were going to vote on it.

So, the truth is that GOP Platform mostly represents the views of the actual grassroots members of the party. The Republican Party executive leadership and a number of the more prominent elected Republicans enjoy ignoring the platform - and therefore the majority of the party - because they don't feel beholden to that platform. It is a severe disconnect in the party that needs to be corrected.

Funny then how Giuliani supports Roe v. Wade, history's most tragic incident of liberal judical activism which has resulted in the murders of 45,000,000 American children.

289 posted on 02/04/2007 3:16:44 PM PST by Spiff (Rudy Giuliani Quote (NY Post, 1996) "Most of Clinton's policies are very similar to most of mine.")
[ Post Reply | Private Reply | To 244 | View Replies]
To: sitetest
The idea that Mr. Giuliani may run as an independent may have come from an article in New York's Newsday. The paper reported that Mr. Giuliani, in filing his form FEC 1, declaring that he is exploring a run for the presidency, didn't indicate a party affiliation.

When asked, his campaign said that this wasn't an oversight.

I suspect that was the source of the speculation.....

He also took pains to put to rest any questions that he would seek office as an independent.

"I'm running as a Republican,"he told reporters. "I'll run in the Republican primaries, and if I get selected, wonderful, and if not, I'll support the Republican candidate."

Giuliani's party affiliation was left off the paperwork for his presidential exploratory committee, Newsday reported Thursday. Initially, a Giuliani lawyer said the campaign made a judgment that it didn't need to list the party -- but Giuliani said Saturday it was an omission that needed to be corrected.

A Giuliani aide late Saturday released this statement: "Upon review, while this omission was understandable, it was an omission nonetheless. This has been corrected on the now-available form," filed Jan. 31, which lists REP for Giuliani.

Thanks for the update.

Kinda funny. First, it's an intentional judgment, now, it's an "omission."

292 posted on 02/04/2007 3:26:37 PM PST by deport
[ Post Reply | Private Reply | To 291 | View Replies]
To: madprof98; All
It is time to start calling a duck a duck. Rudy Giuliani is a threat to the SocCon/Gun Conservative movement, and has been an activist, avowed enemy of many of the SoCon and Gun Conservative issues many of us hold dear. To expect him to act as ANYTHING other than that is foolishness or deceit of the highest degree.

Oh yea riiiight - that was Rudy's plan from the GetGo. The minute he saw the Conservative party -he planned to undermine it. GET REAL! He's done more for Republicans than any other who is running. Paranoia is not a very good trait for conservatives and its' becoming more and more rampant I'm sorry to say.

293 posted on 02/04/2007 3:29:21 PM PST by areafiftyone (RUDY GIULIANI 2008 - STRENGTH AND LEADERSHIP)
[ Post Reply | Private Reply | To 39 | View Replies]
To: Spiff
So, the truth is that GOP Platform mostly represents the views of the actual grassroots members of the party. The Republican Party executive leadership and a number of the more prominent elected Republicans enjoy ignoring the platform - and therefore the majority of the party - because they don't feel beholden to that platform. It is a severe disconnect in the party that needs to be corrected.

Good delivery with that 'truth stick'!

Oh, yeah, now Jim Robinson is PARANOID. You guys are not conservatives, not even close.

When Ann Coulter says Giuliani Is The Only Republican Who Can't Beat Hillary...........better believe it.

Your bringing Jim Robinson into this is showing your acting like a crybaby. What are you trying to prove by mentioning his name? He has nothing to do with my conversation with you. If you are going to bring up Jim Robinson every time a person who likes Rudy posts then you guys are more of baby than I thought. GROW UP! I didn't mention him. I have more respect for him than that to bring him up every time I disagree with someone. I consider myself Republican. I vote Republican not conservative. 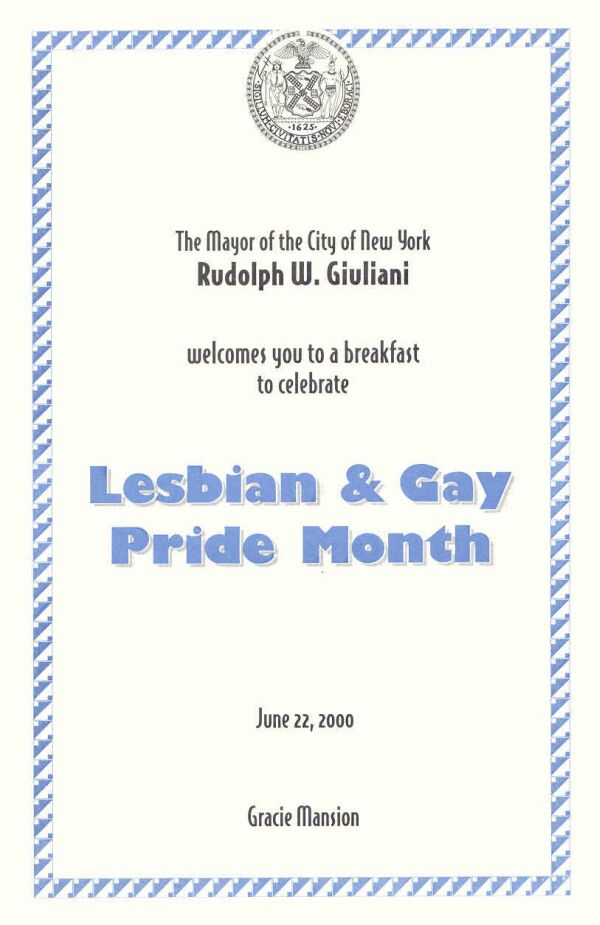 and your strategy to get rid of Roe is what?

nominate a conservative who does not have enough reach and appeal to win the general election, and Hillary's SCOTUS will guarantee Roe is law until 2040.

Oh and another thing. I didn't plan on coming on this thread but I was pinged by hydroshock (a freeper who happens to hate Rudy) to this thread.