You can usually spot future politicians in college.

They're the backslappers and the organizers, the ones who talk your ear off, appear so sure of themselves and always seem to pop up when a camera starts snapping.

Barack Obama wasn't one of those guys.

The Illinois senator, who has become a political superstar and is expected to jump into the 2008 presidential race any day now, spent three years in New York as a young man and graduated from Columbia University - where he barely left a mark.

"He was not at all a high-profile student, not the sort of guy who is class president, who everyone says is going to have a future in politics," said Stuart Levi, a fellow international relations major from Columbia's class of 1983.

"It's funny - there are people like that from my class, but he wasn't one of them," said Levi, now a lawyer at Skadden, Arps.

Obama, who writes in his best-selling memoir of moving to New York from Los Angeles in his junior year after he decided to get serious about his future, was a transfer student who lived off-campus in a series of iffy sublets and spent a lot of time in the library.

Many of his classmates don't remember Obama. He's not in the yearbook. Columbia couldn't find a picture of him at school.

"You didn't see him at a lot of events and activities," said classmate Gerrard Bushell, who remembers Obama's arrival mostly because there weren't many black students.

"I remember him being very quiet. He had a nice smile. A thoughtful approach. You knew he was smart, but you never got a sense that here was someone who wanted to overwhelm you."

Bushell, who went on to work in city politics, said he was impressed with Obama but didn't foresee his meteoric rise.

"We knew he had what it took to be successful," he said. "But this is amazing."

Obama opened his book, "Dreams from My Father," in Manhattan, when he was living in a dump on E. 94th St. that he described vividly.

"The apartment was small, with slanting floors and irregular heat and a buzzer downstairs that didn't work, so that visitors had to call ahead from a pay phone at the corner gas station, where a black Doberman the size of a wolf paced through the night in vigilant patrol, its jaws clamped around an empty beer bottle."

Obama's first night in New York was spent curled up around his luggage in an alleyway on W. 109th St. - because his new landlord was AWOL.

He claims one of his roommates while in New York was an undocumented Pakistani immigrant named Sadiq, although he warns some of the people in the book are "composites."

Obama wrote that the wealth and stark racial divisions of Manhattan in the early 1980s had a profound effect on him.

"I stopped getting high. I ran 3 miles a day and fasted on Sundays. For the first time in years I applied myself to my studies and started keeping a journal of daily reflections and very bad poetry," he wrote.

"You're becoming a bore," his friends told him.

He went to socialist conferences at Cooper Union and African cultural fairs in Brooklyn and started lecturing his relatives until they worried he'd become "one of those freaks you see on the streets around here."

He wrestled with his racial identity, and one of the casualties was his year-long relationship with a wealthy white girlfriend. "I pushed her away," he wrote.

After graduating, he took an analyst job at Business International Corp. to pay off his loans while looking for a grass-roots organizing job. He had an office and a secretary but it bothered him to be the only black executive, he wrote, so he quit.

Soon after, Obama lit out for a $13,000-a-year job as a community organizer in Chicago - where his destiny awaited.

This looks even worse than Kerry and Gore. I guess we're lucky that Gus Hall wasn't charismatic enough for the media overlords to sell.

I think we've got to be careful here. I'm sure Obama is a nice guy. He just has views we disagree PROFUSELY with. I do not want to be like the DEMS are with Bush. I don't want to destroy him personally. I think he's probably a religious man. I pray we don't do to him what the DEMS did to Bush.

Obama lit out for a $13,000-a-year job as a community organizer in Chicago - where his destiny awaited.

When Obama was two years old, his parents divorced and his father returned to Kenya . His mother married Lolo Soetoro, a Muslim as well, moving to Jakarta with young Obama, when he was six years old.

Within six months he had learned to speak the Indonesian language Obama spent "two years in a Muslim school, then two more in a Catholic school" in Jakarta.

Obama takes great care to conceal the fact that he is a Muslim. Mitigating that information, by saying that for two years, he attended a Catholic school.

Obama's father, Barack Hussein Obama, Sr. was a radical Muslim who migrated from Kenya to Jakarta , Indonesia . He met Obama's mother, Ann DunhamÃ¢â‚¬â€at the University of Hawaii at Manoa.

Obama's spin- meisters are now attempting to make it appear that Obama's introduction to Islam, came from his father and that influence was only temporary, which is true. Obama Sr. returned to Kenya immediately following the divorce and never again had any direct influence over his son's education. But, Lolo Soetoro, Ann Dunham's second husband, educated his stepson Barack Hussein Obama, as a good Muslim by enrolling him in one of Jakarta 's Wahabbi schools.

Have no fear,hillary will take care of that.

NO...he is too sensative about his ears to do that. 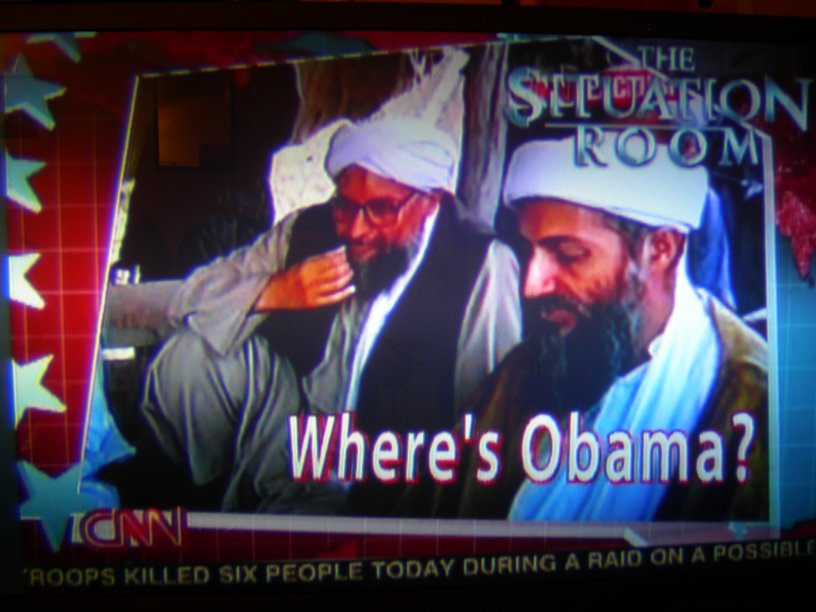 "He claims one of his roommates while in New York was an undocumented Pakistani immigrant named Sadiq, although he warns some of the people in the book are 'composites.'"

And that my friend is the basis of the liberal lie: a liberal depicts the world not how it really is, but how he thinks it ought to be.

This is the first I've read about Obama other than he goes to New Hampshire and gives charismatic speeches. God, what a creep! This should be required reading.

12 posted on 01/14/2007 8:50:11 AM PST by cloud8
[ Post Reply | Private Reply | To 1 | View Replies]
To: mdittmar
He went to socialist conferences at Cooper Union and African cultural fairs in Brooklyn and started lecturing his relatives until they worried he'd become "one of those freaks you see on the streets around here."

What is your source for that info?

Could it be that the Clintonistas are behind Obama'a presidential efforts (such as they are)? The idea might be to make HRC look like a "moderate" in comparison to Obama during the Dem primary season!

His wife is the ambitious one here. He doesn't make a move without her.

Careful there. Obama attends a UCC church in Chicago. He is not a Muslim. There's plenty about this guy's politics not to like. Please let's not feel the need to lie.