THE FIFTH ANNIVERSARY of the Sept. 11 attacks is a day of remembrance and special sadness for the nation, and all those who knew any of the 2,973 victims. Yet in the long run, the reaction of the Bush administration may prove more harmful to the national interest than even these horrific attacks. In speeches over the last two weeks, Bush has painted the attack as a battle in ``the decisive ideological struggle of the 21st century." And he said of Al Qaeda, the jihadist group that organized the attack: ``They're successors to fascists, to Nazis, to communists."

TOPICS: Editorial; News/Current Events
KEYWORDS: 911; allgayallthetime; bostonglobe; fifthanniversary; mediascum Navigation: use the links below to view more comments.
first 1-20, 21-40, 41-60, 61-66 next last
On this day, of all days, the scum at the Boston Globe chooses to label Bush more harmful than the terrorists and worry more about the rights of terrorists than safety of the American people. Their mask has been removed completely on this day for the whole world to see.
1 posted on 09/11/2006 6:32:39 AM PDT by PajamaTruthMafia
[ Post Reply | Private Reply | View Replies]
To: PajamaTruthMafia

The Boston Globe is an ally of the 911 Terrorists.

POS rag. Look at the traitors that insignificant little state elects as senators. It is no wonder.

It's long overdue to round these guys up. Certainly there are some empty cells in Abu Ghraib we might borrow from the Iraqis.

Dear Lord. I'm going to be sick. I cannot believe I just read that.

Bush was talking about the Boston Glode Editorial staff...

Useful infidels at the Boston Globe..

9 posted on 09/11/2006 6:39:56 AM PDT by sheik yerbouty ( Make America and the world a jihad free zone!)
[ Post Reply | Private Reply | To 1 | View Replies]
To: PajamaTruthMafia
Free Speech allows an editorialist to write whatever they want. Inteligence is what allows us to disagree.

This poor fool probably actually believes what he has written. We should have pity on him.

Are you talking about the Washington Post or the NEW YORK TIMES?

[Irony] No wonder that Libs whom I know up in Boston are turning to the NY Times to verify if what the Globe says is true. [/Irony]

12 posted on 09/11/2006 6:40:49 AM PDT by syriacus (Dems on the DEEP SIX COMMISSION are trying to cover up Clinton era mistakes.)
[ Post Reply | Private Reply | To 1 | View Replies]
To: PajamaTruthMafia
The following terrorism has been encouraged, funded, and supported by the Boston Globe and the New York Times. 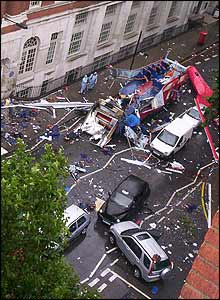 Russia, at Beslan, with children murdered by Islamic terrorists.

=========== Islamic terrorists promising to conquer America prior to murdering all Christians and Jews therein.

"Islam isn't in America to be equal to any other faith,
but to become dominant. The Qur'an should be the highest authority in America,
and Islam the only accepted religion on earth"

Qur’an 8:12 “I shall terrorize the infidels.
So wound their bodies and incapacitate them
because they oppose Allah and His Apostle.”

Qur’an 8:57 “If you gain mastery over them in battle,
inflict such a defeat as would terrorize them,
so that they would learn a lesson and be warned.”

LIBERALISM IS A RETROVIRUS

on a blog - a teenage girl said,"Liberals what to tell us what to think in an authoritarian manner, they talk about freedom, but they are not actually willing to defend it with action -except in a classroom." Out of the mouths...etc. etc.

Put away the hankies, it's clobbering time!!!!

Who the heck cares about the rest of the world?

We're safer, and that's all I care about. The rest of the world can take care of itself, or not.

Boston Globe...owned by the NY Slimes.It would be stunning to have heard them say anything other than what they did say.

17 posted on 09/11/2006 6:48:29 AM PDT by Gay State Conservative ("An empty limousine pulled up and Hillary Clinton got out")
[ Post Reply | Private Reply | To 1 | View Replies]
To: bill1952
I am angry today. I want to board the first flight to any muslem country and vent my anger. I am tired of the way our government is dancing around punishing radical Islam. I am frustrated that America is being seen as a bully - when it is America that comes to the aid of every toilet bowl country on the planet and ultimately, more often than not, gets spit on by our hosts.

I refuse to feel any sensitivity toward followers of that bastard, mohammed.

I object to having to share an ounce of my air to arabs who refuse to stand up against the radical element within their own culture. In my mind they are as guilty as the killers - the cowards - the jokes that call themselves soldiers. The punks that hide behind women and children.

I am angry that our troops are not allowed to engage the enemy wholeheartedly, but they are forced to endure religious tolerance. They cannot destroy the mosques that harbor these cowards. They are arrested for making mistakes in smoke checking non-combatants ... something we didn't have to concern ourselves with in any other war.

I wish I were not too old and busted up ... because I would consider it an honor to be dropped off on a rooftop anywhere on Earth and be the tool that hands out justice to those radical islam [****]ers. If I were president for 24 hours - I'd bring home every soldier on the planet to go door to door, here in America for one reason ..... to boot out every illegal, every potential terrorist, secure our borders and give back the freedom our fathers died to preserve. While that operation was taking place I'd send every terrorist nation this warning - that while we were ridding our own country of its vermin ... if any of you islamist aholes so much as look at any of our friends across the world .. or try to harm any Americans anywhere .... we will nuke Mecca, Lebanon, Indonesia, Syria, Saudi Arabia, Pakistan, Iran and any known moslem shithole into the stone age.

I'm angry today....my spelling and punctuation bears witness to it and I think I'll stay that way for a while.

The Times and The Boston Globe (which it owns) has become a real-life Fifth Column. If these writings were discovered rather than printed in full sun there could be a legitimate case made for treason or sedition in time of war. Of course, The Times, which is headquartered about three miles from Ground Zero, doesn't believe we are at war.

19 posted on 09/11/2006 6:50:32 AM PDT by Inwoodian
[ Post Reply | Private Reply | To 1 | View Replies]
To: PajamaTruthMafia
Al Qaeda's appeal to many Muslims has more to do with the perception that the United States has become an oppressor than with the particulars of the group's intolerant worldview.

I see that the Globe editorial staff skipped their history classes.

I'm reading a book that was written in 1957 that talks about the same kind of Arab Islamic violence.

"That society has deteriorated to a point where violence is almost inevitable...

--tired of being overwhemed, have leapt with frantic sadistic joy to burn and kill.

The burning of Cairo, the assassination of Prime Ministers, the intimidating of Christians, the vehemence and hatred in their literature--all this is to be understood in terms of a people who have lost their way, whose heritage has proven unequal to modernity, whose leaders have been dishonest, whose ideals have failed.

In this aspect, the new Islamic upsurge is a force not to solve problems but to intoxicate those who cannot longer abide the failure to solve them.