Why "Syriacus"? For the Rose of Sharon shrub, which is a gift from God.

*OBAMA-STILTSKIN* spins other people’s money into garbage that is harmful to Americans.

1. to corrupt our voting system. (ACORN)
2. to promote racism (funneled money to Revs. Wright and Pfleger)
3. to hurt Chicago schools. (Annenberg Challenge)
4. to build Chicago housing which is now scheduled for demolition. (funneled money to Rezko and his other cronies)
5. to help derail our economy (Protected Fannie Mae buddies, got contributions)

I think I have an ongoing conversation with God.
I think throughout the day, Im constantly asking myself questions about what Im doing, why am I doing it.

[Sin is being] out of alignment with my values. 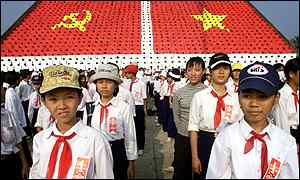 Containment is not possible when unbalanced dictators with weapons of mass destruction can deliver these weapons or missiles or secretly provide them to terrorist allies.