PARIS, November 7, 2005 (IslamOnline.net & News Agencies) – With French riots witnessing the first fatality Monday, November 7, people and European officials started putting down theories on the possible root causes of the violent nightly unrest that entered its twelfth night and showed no signs of abating.

European officials voiced concern, with some of them giving "diplomatic" explanations as to why, as a battle over the blame broke out on the Internet, with people trying to fathom the causes of the escalating violence, according to Agence France-Presse (AFP).

Many of the North Africans in France were second and third generation Frenchmen, a writer identifying himself as Jeff from Boston in the United States said on a BBC discussion forum.

"France is their only home, yet they face neglect, discrimination, and racism. The French government has concerned itself with relatively superficial issues such as the veil (hijab) when the biggest problems such as decent housing and unemployment have been ignored. The rioters in France are not violent Muslims, but disenfranchised citizens," he said.

Europe needed immigrants for cheap labor, said another contributor to the BBC forum, Housam of Swindon, who was offended by French interior minister Nicolas Sarkozy's description of the rioters as "rabble."

"The indigenous Europeans always want it all: they want the immigrants to do the menial jobs they hate but they are not ready to deal with them on equal grounds as human beings. Indigenous Europeans still live with the colonial mentality of superiority. When the French revolution started against inequality, rioters were also accused of being "scum".

The problem facing Paris is one of integration, reception and the ability to respond," said Veltroni.

On the official level, Rome's Mayor Walter Veltroni blamed the ongoing riots in the Paris suburbs on a "problem of integration" and urged policies aimed at preventing exclusion.

"Rome and Paris are in different situations: the French capital has a problem of integration. The problem facing Paris is one of integration, reception and the ability to respond," said the mayor, a member of Italy's main opposition Democrats of the Left party, according to AFP.

"Local Italian governments overall, whether on the right or the left, have done a lot of work for social cohesion in the suburbs. We do it on a daily basis," he said.

"Everybody is concerned at what is happening, and I send every support to the French government and to the French people in dealing with the situation," British Prime Minister Tony Blair said at a monthly press conference.

Politicians and observers said the violence in France, which saw 1,400 cars set on fire overnight Sunday in the worst night of rioting so far, was due to a unique set of factors there and unlikely to spread.

"We should never be complacent about these things, although I think our situation, in some ways, is different," Blair said.

"I suspect it is part of the French authorities gripping (coming to grips with) a law-and-order situation, which has to be done."

The riots showed no sign of abating for the 11th day running. (Reuters)

On the other hand, France's European neighbors kept a wary eye for any sign the violence may cross borders.

With police across Europe saying they would remain vigilant against copycat attacks, a handful of cars were torched in Berlin and incidents were reported also in Brussels.

Five cars were torched in a working-class area of the German capital Berlin overnight, which police said may have been an attempt to copy the violence in France, according to AFP.

There was also a second straight night of incidents in the northern German port city of Bremen where seven metal containers were set alight 24 hours after several cars and a disused building were burned.

Germany's incoming interior minister, the veteran conservative Wolfgang Schaeuble, said however he did not believe his country would suffer the sort of rioting which has caused widespread damage on the outskirts of Paris and in other French cities.

"We do not have these enormous high-rise developments that you see on the edge of French cities," he told Monday's Bild newspaper.

"But in Germany too there are areas with a high percentage of foreigners who increasingly feel separated from the rest of society."

But Italy's opposition leader Romano Prodi has said that an explosion of urban violence in Italy is "only a matter of time".

"We have the worst suburbs in Europe," the former EU Commission president said in a debate in the northern city of Bologna, AFP reported.

"We must not think we are so different to Paris. Our suburbs are a human tragedy, and if we don't take serious action on social and housing issues we will have many scenes like Paris."

Prodi, who leads the Union, a coalition of disparate left-wing parties including the Democrats of the Left, is expected to mount a stiff challenge to incumbent Prime Minister Silvio Berlusconi in a general election next April.

There were also incidents in Belgium, where five cars were set alight in central Brussels overnight Sunday, but officials downplayed any link with the violence in France.

The vehicles were destroyed near the Gare du Midi, a district with a large immigrant population just south of the Belgian capital's historic heart.

A spokesman for the government's crisis center said it was monitoring the violence in France but there had so far been "no similar events" in Belgium.

The riots in France saw Monday the fall of the first human fatality. Jean-Jacques Le Chenadec, 61, died in hospital after being knocked into a coma by a hooded young man last week, as he was discussing the riots with a neighbor in the northern Paris suburb of Stains, according to AFP.

On October 27, the electrocution of two teenagers, believed to be traced by the police in the slump Seine-Saint-Denis, sparkled the trouble, the worst since students' riots in 1968.

if you listen to the french criticize us, you'd think it was a utopia over there..

Riots are not caused by intangible objects like poverty and racism. Riots are caused BY RIOTERS!

>> you'd think it was a utopia over there

There are no cars in utopia.

They are getting there.

Sounds like the NAACP, JJ, Sharpton set up shop in France. Thats it keep blaming others for your situation, its never your fault - no self responsibility. I wonder if the French will buy into this crap like we have here - always screaming about being oppressed regardless of the truth and watch the emotional lilly white liberal zombies like Celone Dion scream "let them touch that stuff for once in their lives."

Poverty and racism caused these French riots in the same way that poverty and rascism "caused" the Night of Broken Glass.

The sad thing is that we will end up rescuing France again.


No, this isn't a Muslim thing - it's a drug dealing gang thing (cause we all know that tan/dark skinned North Africans are all drug dealers.)

HELLO? UN? AL SHARPTON? JESSE JACKSON? When you going to declare France a racist state? You do that when we say it in America.

Hey france, it's the muslims, you morons. Wake the hell up!

I originally read the title as "Poetry, Racism....." -- makes about as much sense.

I think we've all just about had enough of this crap. 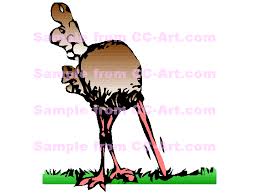 17 posted on 11/07/2005 2:23:53 PM PST by Robe (Rome did not create a great empire by talking, they did it by killing all those who opposed them)
[ Post Reply | Private Reply | To 13 | View Replies]
To: Lorianne
..as reported by Islam on line...
the fact that the rioters had no entry zones where police were not allowed...the fact that they (muslims)don't want western law and order...the fact they will not assimilate..
...the fact that France has the third largest Jewish population in the world...the fact that the french are weak and not very comfortable enforcing the law in muslim neighborhoods has nothing to do with it..????

Yes, Islam is Racist and where ever it goes it breeds poverty.