Excerpts of remarks as prepared for delivery

Kerry speaks from his heart and conscience on Iraq:

On Wednesday, Senator John Kerry gave a speech at Georgetown University and called for U.S. forces to be withdrawn from Iraq over the holiday season. In addition he made several other comments that warrant a response, including his attempt to blame the Bush administration for his vote in the Senate to authorize the use of force against the Saddam Hussein regime.

"The country and the Congress were misled into war. I regret that we were not given the truth; as I said more than a year ago, knowing what we know now, I would not have gone to war in Iraq. And knowing now the full measure of the Bush Administration’s duplicity and incompetence, I doubt there are many members of Congress who would give them the authority they abused so badly."

Now contrast Kerry's insinuation that the Bush administration misled Congress, with that of former Democratic representative Dick Gephardt, who was asked if he was misled in November 2003.

"I didn't take Bush's word for whether or not they had weapons of mass destruction in Iraq. I went to the CIA. I sat down across from George Tenet. I said, 'George, I have to vote, you don't. Are you worried that they have weapons or the components of weapons or the ability to quickly make weapons?' He said 'yes' emphatically. I got the same thing from high officials in the Clinton administration who had worked in the security area." - Dick Gephardt (D-MO)

Kerry simply refuses to accept responsibility for his vote to authorize the use of force, a mild inconvienence in his attempts to portray himself as an anti-war candidate. One would be hard pressed to find a single politician in the United States that put forth a more incoherent and conflicting view of Iraq over the last ten years than Senator Kerry, who proclaimed on CNN's Larry King in 2001 that the war on terror "doesn't end with Afghanistan by any imagination. Terrorism is a global menace. It's a scourge. And it is absolutely vital that we continue, for instance, Saddam Hussein."

"speaks from his heart"?

He has no heart from which to speak.

Sen Kerry trying to get in front of the parade... 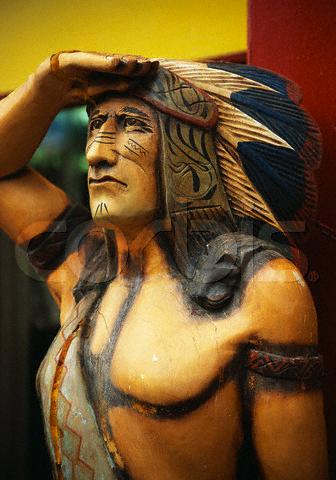 The excellent comments are from the Security Watch Tower Blog....another excellent Blog giving perspective on our enemies, foreign and otherwise!!!

Yet another reminder of how lucky we are that he was not elected President last year.

Even luckier that he didn't show up for any senate sessions two years prior to his coronation as the Democrat to get Bushwhacked.

I have a plan. Vietnam. I voted for it before I voted against it. Did I mention I had a plan? I plan I devised while serving as a War Hero in Vietnam. Plan. Nam. This president doesn't care about plans or Vietnam. Hero. Viet. Lesbian.

Knowing what we know now, we'd all be Powerball winners.

THE AFTERNOON THE PRESS MADE KERRY PRESIDENT

John O’Neill of Swift Boat Vets knows
that hanoi kerry is NOT done with his campaign.

Q) Why are some "Move On FReepers" convinced they know more than John O’Neill and other vets.

"...Like most of you, I believed our mission was over. We could all move on with our lives, return to our families and homes secure in the knowledge we had done the right thing for America, and for our children’s future.

Regrettably, that has not been the case for a distinguished group of Vietnam combat veterans who stood shoulder-to-shoulder with us during last year’s campaign. Their situation has become so critical that I felt compelled to break our long silence to inform you of this urgent matter..."

Q) Why do some "Move On FReepers" think they know more than Karl Rove?

Q) Why do some "Move On FReepers" think it is ok for hanoi kerry remain in the US Senate, even though they know he is there illegally, per
U.S. Constitution Amendment 14 Sec 3
http://www.law.cornell.edu/constitution/constitution.amendmentxiv.html

See You hanoi kerry!
Chief Justice of the Supreme Court John Roberts
knows U.S. Constitution Amendment 14 Sec 3
He has a lifetime appointnment
and can't be put under political pressure, by anyone.
He's taken an oath to uphold the Constitution
Game's Over hanoi kerry!
There are only 99 legal votes in the US Senate!