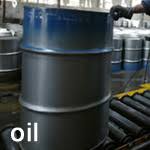 Crude oil futures rose for the sixth straight trading session Tuesday, settling near US$52 a barrel and leading some brokers to conclude that high prices may stick around.

In mid-May, prices fell below US$47 a barrel in response to steadily rising crude inventories, but last week's surprise drop in U.S. oil supplies brought nervousness back into the market.

"I think the bears are becoming less confident in their positions and they're buying on the dips," said Tom Bentz, a broker at BNP Paribas Commodity Futures in New York.

While Bentz conceded that no fuel shortages are likely, he said the market's underlying fear of an unexpected output disruption will make it difficult for prices to fall sharply anytime soon. "Longer term, I still believe that we're in a big uptrend," he said.

Light, sweet crude for July delivery rose 12 cents to US$51.97 a barrel on the New York Mercantile Exchange, which was closed Monday for the Memorial Day holiday.

Oil prices are about 23 percent higher than a year ago.

Heating oil futures rose less than a penny to US$1.45 a gallon, while unleaded gasoline futures dropped 1.53 cents to US$1.46 a gallon.

In London, Brent crude for July delivery rose 3 cents to US$50.73 a barrel on the International Petroleum Exchange.

The summer driving season in the United States, which kicked in Monday with the holiday, has some traders worried that high gasoline demand could cause supplies to tighten.

However, Bentz and other brokers said U.S. crude inventories are at healthy levels, currently 32.4 million barrels higher than year-ago levels. 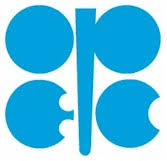 The Organization of Petroleum Exporting Countries will meet in mid-June to decide whether to slash output, already at 30 million barrels daily. The oil cartel, which pumps out 40 percent of the global crude, is producing at full-tilt in a bid to cool prices and calm market fears.

Shum said, however, the market remains cautious after Saudi Arabia's King Fahd was hospitalized following a bout of pneumonia on Friday. The kingdom's strategic importance as the nation with the world's largest oil reserves means even a stable succession could affect world markets and have widespread political fallout.

On Tuesday, the kingdom's defense minister said King Fahd's health is continuing to improve and he soon be discharged from the hospital soon.

So, if one of these Oil Barons even passes wind the price of oil goes up? Just another reason to develop more of our resources.

5 posted on 05/31/2005 3:20:27 PM PDT by martin_fierro (< |:)~)
[ Post Reply | Private Reply | To 1 | View Replies]
To: martin_fierro
Speculators love news. Good, bad or whatever. They are adding more to the price of gas than the government (and that is saying something). There is nothing out there which threatens oil supplies more today than there was 2 years ago when oil was in the $30's. The rest is simply hype - hype which we are all paying dearly for.

The commodity markets need some actual oversight. If you could see how little oversight they have now, you would be stunned. Hillary could still be making $100,000 on cattle futures under these same corrupt regulations and virtually nobody would know. Just like they are seeing it now with oil futures.

Great energy related data, thanks for posting those.

7 posted on 05/31/2005 9:31:42 PM PDT by M. Espinola (Freedom is never free!)
[ Post Reply | Private Reply | To 5 | View Replies]
To: bpjam
If there was no volatility in whatever markets one is trading the result is an extremely limited price trending range.

When trading commodities either up or down the more volatility the better.

As far as future oil supply difficulties, the Iranian nuclear weapons issue will sooner or later be addressed and addressed forcefully since that is the only lingo the mullahs comprehend. Iran is OPEC's second largest exporter, need I say more.

I do not disagree with the bulk of your comments concerning commodities & the energies. However much of the blatant crookedness which did exist at the trading firm/seasoned broker level has been substantially removed via fear from the Enron, WorldCom & other major investment scandals.

Instead of remaining on the sidelines you may want to investigate profiting from some of the selected market volatility, just proceed with caution in terms of which trading firm & the broker. Do the research.