Though it long ago approved broadcasts of pro-terrorist network al-Jazeera, Canada's official censors gave tepid approval for Fox News to broadcast there Thursday.

Canada's news and broadcast police agency, the CRTC, OKed the offering of Fox News to digital cable subscribers only.

Canadians looking for an alternative to the country's dominant liberal media outlets will be able to see Fox News beginning early next year.

Canada's liberal press has been irked by some of Fox programming, which allows for a wide spectrum of political opinion no longer found in Canada.

Among his other "crimes," according the the CP, O'Reilly had criticized Canada's schlock press outfits, such as the Toronto-based newspaper The Globe and Mail.

"Hey you pinheads up there, I may be pompous, but at least I'm honest," the CP quoted O'Reilly citing a New York Times story.

Despite such incredible and outrageous examples of free speech and a free press not seen in modern Canada, Canadian Radio-television and Telecommunications Commission said it found "there is substantial demand in Canada for Fox News," CP reported.

The CRTC claimed that 531 Canadians had filed statements in support of the network airing, and some 82 who opposed such a move.

In addition to approving Fox, the CRTC also approved the NFL Network, "allowing it to bring to Canada live sports, game previews, news conferences and other information shows all related to the U.S.-based National Football League."

Here's the camel's nose under the tent. Go Camel, go!

2 posted on 11/18/2004 10:55:28 PM PST by Mr. Blond
[ Post Reply | Private Reply | To 1 | View Replies]
To: ETERNAL WARMING
Among his other "crimes," according the the CP, O'Reilly had criticized Canada's schlock press outfits, such as the Toronto-based newspaper The Globe and Mail

Doesn't the Canadian GOVERNMENT own the Globe & Mail ???

Socialist marxists freaks up there all all brainwashed.

Better off just telling them to "take off hosers" and impliment trade sanctions.

As a result of this condition, all Canadian providers have refused to offer the Al Jazeera feed.

The cable companies have no desire to set themselves up as censors.

Should they take on the task of filtering the feed of any source, they make themselves responsible for the content as if they were the originators, and so become liable for any defamation or civil rights violation in any content that slips through the filter.

This idea is roundly criticized by Canadian conservatives and hopefully will die a well deserved early death.

Will the FCC fine FOX for having their anchorette expose her legs like that? 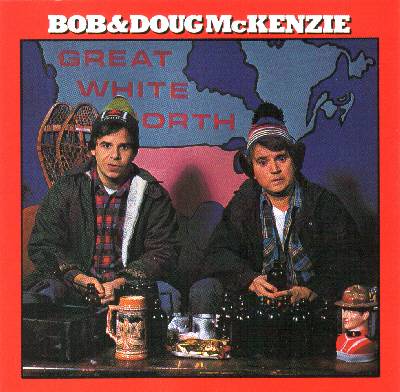 High Fnord, everybody, the Conspiracy extends its reach once more!

I found an old Nazi newspaper from 1938 in my shed in Germany about 2 years ago. The attitude towards free speech between Germany then and Canada today is virtually the same.

Wonderful news. It was nice to see that sending a few emails has paid off!