Kerry is UNFIT #21: THUMBSUCKER SERIES
BOARDHEAD TO THE RESCUE

A PRESIDENT KERRY MAY BE ABHORRENT
...BUT IS IT EVEN CONSTITUTIONAL?

THE COMPLEAT JOHN KERRY
WHY JOHN KERRY IS DANGEROUS FOR AMERICA

Kerry, NOT Bush, paralyzed by 9/11 attacks
Hear Kerry admit he could not think

dox in sox on lummox in box on fox

Did John Kerry pick a running mate or hire a lawyer when he selected John Edwards?

THE MAN FROM HOPE: been there, done that

THE TERRORISTS' USEFUL IDIOTS
all the usual suspects

A Vote for Kerry is a Vote for the Terrorists

JOHN KERRY IS UNFIT SERIES: 8/10/04 UPDATE!
taking the measure of a would-be commander-in-chief

JOHN KERRY IS UNFIT SERIES:
taking the measure of a would-be commander-in-chief

UNFIT #6: The Deadly Kerry-Hollywood Axis
HOW CAN YOU PUT YOUR CHILDREN'S LIVES IN ITS HANDS?

UNFIT: taking the measure of a would-be commander-in-chief
#3-sang-froid and the "nuclear" button

UNFIT: taking the measure of a would-be commander-in-chief
#4 - Kerry champions tolerance for terrorists

The Cycle of Violence:
NOW WITH HYPERLINKED INSTRUCTION MANUAL

JOHN KERRY'S RECKLESS TET-OFFENSIVE-GAMBIT REPLAY:
the left's jihad against America is killing our troops, aiding + abetting the terrorists and imperiling all Americans

deconstructing clinton… "just because I could"

The Parallel Universe of Jamie Gorelick

nepotism + tokenism = a nancy pelosi
(or a hillary clinton)

"CRY BUSH" + Iraqi-Prisoner "Abuse"
What are the Dems up to?

What is the REAL Reason for Gorelick's Wall?

giant sucking sound
KERRY MAKES DUKAKIS LOOK CONSERVATIVE, SMART + JUDICIOUS
Q ERTY6 utter failureBUMP
Lib Author Regrets Voting (TWICE!) for clinton
"Sickened" by clinton's Failure to Protect America from Terrorism
MUST-READ BOOK FOR DEMOCRATS:
How clintons' Failures Unleashed Global Terror
(Who in his right mind would ever want the clintons back in the Oval Office?)
The Man Who Warned America
(Why a Rapist is Not a Fit President)
UDAY: "The end is near… this time I think the… Americans are serious, Bush is not like Clinton."

bump for truth about Kerry

Thanks for the ping
bttt

Nothin' else was bypassed that you'd a noticed.


Given that he was already so far back in the poop queue the day they handed out brains, already. 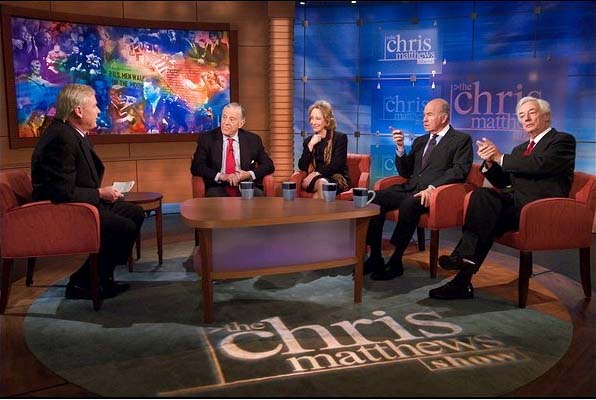 During aristocratic ages, man's moral center of gravity is the chest -- the seat of "honor." A gentleman's honor was more than mere probity, and far more than prestige. As late as the 18th century, the lexicon defined "honor" as a quality that "supposes in a gentleman a stronger abhorrence of perfidy, falsehood, or cowardice, and a more elevated and delicate sense of virtue, than are usually found in [ordinary decent men]." A gentleman's honor was therefore his most sacred possession. An insult to such a person, if unanswered, could result in his and his family's ruin. The manly response to offended honor was the duel.

As mankind became less aristocratic and more commercial, dueling, as an affair of honor, was outlawed. The clash of steel was replaced by libel laws, the violation of which might entail monetary loss rather than loss of life.

With the ascendancy of the consumer society, however, man's center of gravity has descended from his chest to his abdomen. Laws against defamation of character have lost much of their efficacy, especially now with unrestrained freedom of speech and press, the pride of flatulent democracies.

Indeed, so sacred and secure are the print and electronic media in an era of unfettered freedom of expression, and so prohibitive is the cost of a libel suit, that certain well-placed individuals can engage in character assassination without risking their lives or their fortunes. Enter "men without chests." Men without chests are the product of consumptive as opposed to deliberative democracy. Those who control the political institutions and communications media of an all-consuming democracy do not engage their opponents in honest democratic debate but rather seek to destroy them by verbal voodoo. i.e., by one-word slanders.And they do this while posing sanctimoniously as democrats. In fact, it is precisely in the name of "democracy" that one can now defame an individual without fear of retribution.

A recent and most notorious victim of this abuse is the late Rabbi Meir Kahane (himself a talented word-monger), who was constantly reviled as a "racist" and a "Nazi." Any Lilliputian can resort to such vilification, and the media, especially in Israel, will gladly purvey the slander, free of all restraints -- legal, political, or moral. Never has pusillanimity, now garbed in righteousness, enjoyed such protection by the laws and institutions of society. Honor is the first casualty of abdominal democracy.

More interesting than Kahane is the hysterical hatred he aroused among Israel's political and intellectual Yahoos. It were as if this one man and his Kach Party constituted a serious threat to the power, prestige, and privileges of those who have long dominated Israel's political, economic, military, educational, and cultural institutions!

And so, when Rabbi Kahane was elected to the Knesset, these men without chests hastened up and down the country trying to indoctrinate high school students and soldiers with the fatuous slogans of "democracy" on the one hand, while slandering Kahane as a "racist" on the other. (The same sort of hysteria and defamation followed the tragic assassination of Yitzhak Rabin.)

I said that the first casualty of abdominal democracy is honor (so odiously displayed by those who clasped the bloodstained hands of Yasser Arafat). The second casualty is truth, which is why I referred to those who called Kahane a racist or a Nazi as "Yahoos." For to use the language of Swift's Houyhynhnms -- who have no word for falsehood -- Yahoos "say the thing which is not," namely, the truth about the militant nature of Islam and the Arabs' deeply ingrained hatred of Jews.

Mia kerry is fixated on vietnam because he was not seriously involved in that campaign, his three band aid purple hearts were hardly enough to cause scarring mental or otherwise. Real Heroes don't have to remind everyone they are real heroes.

OH by the way Dox in Socks ...Hillarious!

In Postmodern Parlance, Kerry is a Man With No Chest.