Responding to former Vice President Al Gore's May 26 speech (sponsored by MoveOn.org and delivered at New York University), in which Gore called for the resignation of six top Bush administration officials, right-wing pundits seemed to read from the same anti-Gore script: resorting to satirical speculation about his psychiatric state -- in one case, attacking the speech itself as "hate speech" and, in another case, as eliciting "the biggest cheers ... from caves in Afghanistan and diehards in Fallujah."

Charles Krauthammer, on FOX News Channel's Special Report with Brit Hume, on May 26:

It looks as if Al Gore has gone off his lithium again.

(Charles Krauthammer is a syndicated Washington Post columnist, Time magazine columnist, and FOX News contributor. He holds a medical degree from Harvard and worked as a resident in psychiatry in the late 1970s before moving to Washington.)

At one point I respected Al Gore, but I think he's lost his mind. ... I think he's gone daft because he's a sad little man now.

And half the country thinks he's [Al Gore is] a mental patient. ... They think he should go back to the dayroom he came out of.

(Mark R. Levin is the president of the Landmark Legal Foundation, a conservative legal advocacy group that has received millions of dollars in funding from right-wing financier Richard Mellon Scaife, according to a dossier by Media Transparency: The Money Behind the Media, a website that tracks grants made to conservative organizations. Levin is also a contributing editor for National Review Online. His nightly radio show is aired on 77 WABC Newstalk Radio, which also airs conservative commentators Rush Limbaugh, Sean Hannity, and Laura Ingraham. He has also been a frequent guest on Hannity's radio show, The Sean Hannity Show.)

Well, Al Gore is at it again. He just can't help himself, breathlessly attacking the president in a speech today. But will hate speech like this backfire on the Democrats? [text on screen: "Gore's Hate Speech"]

You know, Al Gore adds to the global warming threat today with his very own thermonuclear meltdown.

Michael Savage, on his nationally syndicated radio show, Savage Nation, on May 26:

(Michael Savage's radio program, Savage Nation, is syndicated by Talk Radio Network and is the third-largest syndicated radio talk show in the nation, reaching 6 million listeners per week. He is the author of two New York Times best-sellers, The Savage Nation: Saving America from the Liberal Assault on Our Borders, Language and Culture and The Enemy Within: Saving America from the Liberal Assault on Our Schools, Faith, and Military -- both published by the conservative WorldNetDaily press WND Books. Savage hosted a short-lived televised version of his show for MSNBC, also called The Savage Nation, before being fired by the cable channel for referring on the air to a caller as a "sodomite" and saying that the caller should "get AIDS and die.")

John Podhoretz, in a column in the New York Post, on May 27:

[I]t is now clear that Al Gore is insane. I don't mean that his policy ideas are insane, though many of them are. I mean that based on his behavior, conduct, mien and tone over the past two days, there is every reason to believe that Albert Gore Jr., desperately needs help. I think he needs medication, and I think that if he is already on medication, his doctors need to adjust it or change it entirely.

Gore's speech is the single craziest political performance of my lifetime, and I use the word "craziest" advisedly. The speech, at 6,600 words, was twice as long as Bush's address to the nation on Monday night. The indiscipline shown by the sheer endlessness of Gore's address is a reflection of the psychic morass in which he has become mired.

David Frum, in "David Frum's Diary" on National Review Online, on May 27:

Maybe a National Psychological Council would be a good idea after all -- and maybe it could start by advising this former senator, vice president, and two-time presidential candidate that he [Al Gore] ought to seek out for his own good a cool and quiet darkened room.

(David Frum is a contributing editor to National Review, a resident fellow at the conservative American Enterprise Institute, and a regular contributor to National Public Radio and to Great Britain's Daily Telegraph. He is also the author of the 2003 Random House release The Right Man: The Surprise Presidency of George W. Bush.)

Barbara Comstock, in a column published on National Review Online on May 27:

Columnist Charles Krauthammer observed, "Looks as if Al Gore has gone off his lithium again."

Outside of MoveOn.org, the biggest cheers for Gore must have been coming from caves in Afghanistan and diehards in Fallujah.

(Barbara Comstock was director of the Office of Public Affairs at the Department of Justice under Attorney General John Ashcroft from December 2001 until September 2003 and is currently a principal at Blank Rome Government Relations, where she serves "as a lobbyist and strategic communications specialist." She was director of research and strategic planning at the Republican National Committee during the 2000 election. According to the May 13, 1998, issue of The Hill, Comstock was a "close ally" of David Bossie while both served as aides to Representative Dan Burton (R-IL) on the House Government Reform and Oversight Committee. Comstock "also played a key role in [selectively] editing and releasing" controversial transcripts of former Clinton administration official Webster Hubbell's prison conversations -- the incident for which Bossie was fired from the committee.)

James Taranto, on The Wall Street Journal's editorial page website, OpinionJournal.com, in his "Best of the Web Today" column, on May 27:

An Associated Press account of yesterday's speech notes that "Gore, who served in Vietnam, predicted greater problems for America's involvement in Iraq." The AP apparently means to suggest that Gore suffers from posttraumatic stress disorder, since the Vietnam reference is otherwise a complete non sequitur. But according to WebMD, "symptoms of PTSD usually occur within three months of the traumatic event." True, "they can occur months or years later" -- but three decades later?

We've got a better theory: Gore, in our view, has cracked under a crushing burden of guilt.

Some pundits have said they thought he went off his meds.

Somebody needs to check this guy's medication. This guy has got a problem. [from Hannity & Colmes]

Sean Hannity, co-host of FOX News Channel's Hannity & Colmes -- in response to guest Oliver North's comment "Somebody needs to check this guy's medication. This guy has got a problem." -- on May 27:

I guess we can't -- get those -- those naked pyramids just not in the national interest to Al Gore. [laughter]

I mean, it says -- it says a lot about Gore. It says he's perverse, that he would be argue to go confer greater rights on those who seek to murder millions of Americans and calling for even tougher actions to seek them out and destroy them before they destroy us.

What really troubles me about these photos, above and beyond what's in them, is how they're being used to undermine our war effort.

He seems to be the same guy I remember from years ago, are you suggesting he was nuts back then too? 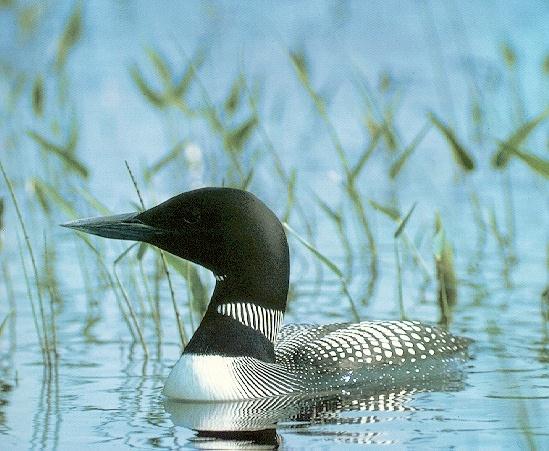 Because the bird actually sounds a lot more pleasant than anything that has-been Gore EVER had to say...
5 posted on 05/29/2004 6:50:20 AM PDT by KangarooJacqui (Australian by birth, American by marriage, and conservative by God.)
[ Post Reply | Private Reply | To 3 | View Replies]
To: KangarooJacqui

hehehe there I go giving loons a bad name :)

6 posted on 05/29/2004 6:51:59 AM PDT by cyborg
[ Post Reply | Private Reply | To 5 | View Replies]
To: motife
(Charles Krauthammer is a syndicated Washington Post columnist, Time magazine columnist, and FOX News contributor. He holds a medical degree from Harvard and worked as a resident in psychiatry in the late 1970s before moving to Washington.)

Then he ought to know :)

Well, I'd say a politician who tried to take credit for inventing the internet was not only a bit of a blowhard, but a bit of a nutjob as well, yes...
8 posted on 05/29/2004 6:54:34 AM PDT by KangarooJacqui (Australian by birth, American by marriage, and conservative by God.)
[ Post Reply | Private Reply | To 4 | View Replies]
To: motife

Great collection of comments. But I think the real problem is that Gore was trying to play to his audience; one that he obviously considered to be not too tightly wrapped. And if the camera had been turned to the group to whom he was speaking, his behavior would look absolutely appropriate.

For eight LOOOONNNGGGG years this man was one heart-beat away from ...It's just too scary to think about. 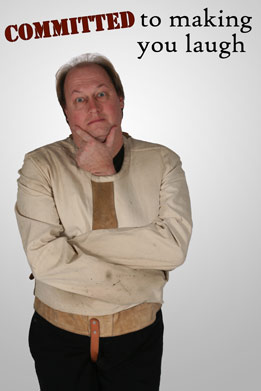 His conservatism makes him stupid. No matter the degrees and education, just being a heartless, puppy-kicking non-liberal erodes his intelligence. Look at poor Bush. Yale degree and everything and he cant find his butt with both hands. If only Hillary would lead us all to the promised land...

Just why would anyone, except other maladjusted, and confused individuals, read anything Brock writes about?

It could be listed just under Dick Morris, "Clinton Abetting/Here's How Bush Should Do It/Toe Suckers" page.

Liberals can always dish it out but they can never take it.

Anyone who is not a left-winger would readily concede that Gore's speech was certainly well beyond the bounds of decent political rhetoric. His ranting and screaming and sweating showed that he was either a) pandering in the most offensive and contemptible manner or b) is about to start selling tinfoil hats.

Well, I might be right-wing, but I'm not a pundit. My first imperssion upon seeing and hearing that "speech" was--he's nuts, completely insane, and possibly a danger to himself and others. I know a lot of people who aren't even all that right-wing who have said the same.

If Gore were insane he'd have an excuse.

Can everybody give me a big "yeeeeearrrrrrrrgh!"? Thanks Howard.

Either algore is trying to shed his tree-like image, or Tipper switched his meds.