All three of my brothers served in the military, and I know firsthand how much Americans serving abroad -- and their families -- sacrifice. What happened in Benghazi on Sept. 11, 2012 was a tragedy. Four Americans died putting themselves in harm's way in service to peace, diplomacy, and their country. I look at what happened in Benghazi with sadness, with seriousness, and as yet another call to honor the men and women who keep us safe.

So let me be blunt: that kind of seriousness is sorely missing from the no holds-barred political theater of the House Republicans.

I know a little bit about the way Trey Gowdy pursues oversight. I was on the other end of it when I was setting up the new Consumer Financial Protection Bureau and I was called to testify before the House. As the Huffington Post reported at the time, Gowdy's interrogation of me "seemed to lack the basic facts" about the agency he was attempting to oversee. I'd like you to read their reporting on one of these exchanges just so you know what this Benghazi "investigation" is likely to look like:

Rep. Trey Gowdy (R-S.C.) grilled Warren on whether the bureau would make public the complaints it gets. She answered that the complaint issue was a work in progress, but that at the very least, there was progress in creating a system for large credit card companies.

"Are any of the complaints public?" Gowdy demanded.

"Congressman, we don't have any complaints yet," Warren said of the still-nascent agency. "What we're trying to do is build the system."

Gowdy also seemed to think that Warren had written the Dodd-Frank law, and he was determined to know what Warren meant by defining "abusive" practices as something that "materially interferes" with the ability of a consumer to understand a term or a condition.

"That suggests to me that some interferences are immaterial. Is that what you meant by that?" he asked a momentarily perplexed-looking Warren.

"Congressman, I believe the language you are quoting is out of the Dodd-Frank act," she said. "This is the language that Congress has adopted."

Still, Gowdy insisted on her answer, although the definitions and regulations required by the law are still being written.

As a Senator, I take oversight seriously because it is powerfully important. But Trey Gowdy gives oversight a bad name. The House GOP is on a waste-of-time-and-resources witch hunt and fundraising sideshow, shamefully grasping for any straw to make President Obama, former Secretary Clinton, or Secretary Kerry look bad. This stunt does a disservice to those who serve our country abroad, and it distracts us from issues we should be taking up on behalf of the American people.

With millions of people still out of work and millions more working full time yet still living below the poverty line, with students drowning in debt, with roads and bridges crumbling, is this really what the House Republicans are choosing to spend their time on? Even for guys who have so few solutions to offer that they have voted 54 times to repeal Obamacare, this is a new low.

House Republicans are doing whatever they can to distract the American people from what's really going on in Washington – a rigged system that works great for those who have armies of lobbyists and lawyers but that leaves everyone else behind. A system in which Republicans protect tax breaks for billionaires while they block increases in the minimum wage for millions of people who work full time and live in poverty. A system in which Republicans give away billions of dollars in subsidies to Big Oil while making billions in profits off of our kids' student loans.

It's wrong, and it's shameful.

WHAT! Faux-ka-haunt-us led the raid? Who knew? 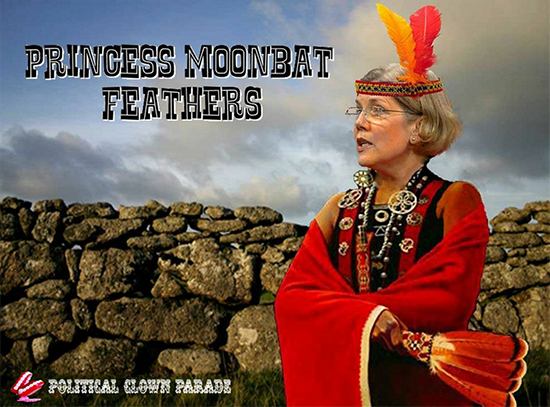 With the Navajo Code Talkers perhaps?

Wrong,Liawatha...it was *much* worse than that.It was an outrage...an outrage that the former Twelfth Lady and her boss did nothing to repulse and an outrage about which they lied through their teeth once everyone was dead...because there was an election was coming up.

What were the people of Massachusetts thinking? Do they really hate America that much?

Regardless of all attempts to discredit, Americans eat this stuff up. It’s soap opera. reality TV, Perry Mason, etc.
The dems understand this, and they are worried.

God help us if she is ever President. The only good thing is that she is 63 and by the time she gets her chance, she might be too old. Although the Representative should have done his homework a bit more.

On the other hand, the US Commander in Chief’s Official Policy has been, and is now, to “Lead from Behind.”

Which is the hand that offers the most protection to those we hire to be put in harm’s way to protect us?

After THE TRUTH is revealed by Trey Gowdy’s Select Committee, severe punishment must be meted out that will serve as a deterrent to any future Commander in Chief who tries TO MAKE SURE THAT IT DOES HAPPEN AGAIN.

To cease to severely punish the guilty, is to cease to have reason for Law and Order.

Currently, B. Hussein Obama is Guilty of Treason until proven Innocent.

No need to flame me, as ONLY in US politics is someone Guilty until proven Innocent.

The rest of us must comply with the Law of the Land: Tell the Truth, accept responsibility for one’s actions, and comply with THE LAW.

This is in glaring contrast to what the Obama Administration’s, (and the Democrats who still support Obama), Rules of Conduct have actually been for the last 5 years as follows:

LIE, DENY AND REFUSE TO COMPLY.

The choice is clear for the Democrats: seek the Truth with Select Benghazi Committee Chairman Gowdy, or continue to embrace the CULT OF OBAMANATION: Lie, deny and refuse to comply.

10 posted on 05/09/2014 7:49:34 PM PDT by Graewoulf (Democrats' Obamacare Socialist Health Insur. Tax violates U.S. Constitution AND Anti-Trust Law.)
[ Post Reply | Private Reply | To 5 | View Replies]
To: FlingWingFlyer
"What were the people of Massachusetts thinking? Do they really hate America that much?"

What’s wrong and shameful is that you are paid what you are paid for the amount of misinformation you no doubt impart to those who pay a ton of money to hear your crap. A great example is the idea that this inquiry is about, in any way whatsoever, the bravery or solidity of the soldiers who lost their lives defending the farce this admin has been since 1/21/09. Nobody even questions that, but it’s a useful straw man argument for you, isn’t it?

If you have siblings who served in the military and whose honor you would seek to preserve, it is you who have a lot to answer for, for the lies and incompetent, cowardly behavior on the part of their CIC, but which you are willing to memorialize. For you, honoring your siblings is an act, like your stupid Indian stunt, only for your own self-gratification.

What is really sad is that she is so far to the left that she makes my clown on the Hill, Juan McCain, look like a Republican.

It was a Tragedy when the Father of a Dead Benghazi Hero didn’t deck Hitlery after she approached him with the “we’ll get the video maker who was responsible” comment.

Thought her Indian name was “She who lies down in cow pies”.

Or was it, She who lies like cow pies”.

This convinces me she’s already been chosen to be Hilllary’s VP.

Why are Republican women the best, and Democrat womyn the worst?

Imagine. The beyotch who defrauded “affirmative action” programs has the nerve to call something else “shameful”

Yes, Massachusetts does hate America How else can you explain Warren, the Kennedys, Kerry et al?