In The Soviet Tragedy, Martin Malia describes many Soviet citizens feeling great relief at the outbreak of World War II. These were people less than twenty years removed from devastating wars, so they were unlikely to be naïve to the horrors, yet many welcomed the news of war because, as Malia describes, war provided a coherent, tangible reality again, in contract to the schizophrenic insanity of communism.

The incoherence is everywhere.

It's difficult to believe, given modern rhetoric, but in the early days of communism, wealth was considered a good thing, and, they argued, communism was superior because it created more of it. By the mid-1950s, it became impossible to ignore communism's poverty and deprivation, so rather than abandon their revolutionary ideology, the communists completely replaced what had been their fundamental goal. Yes, capitalism caused wealth, they conceded, but the wealth caused inequality, and inequality, not poverty, was the great evil against which all society's resources must mobilize.

The intellectual bankruptcy is absolutely shameless and calls to mind an observation from the great black conservative Thomas Sowell: "Socialism in general has a record of failure so blatant that only an intellectual could ignore or evade it."

A political system that only benefits ruthless, power-hungry tyrants.

2 posted on 09/12/2020 5:05:54 AM PDT by MtnClimber (For photos of Colorado scenery and wildlife, click on my screen name for my FR home page.)
[ Post Reply | Private Reply | To 1 | View Replies]
To: MtnClimber
Leftism's relationship with the Truth is "coincidental."

The Left has embraced postmodernism, in which reality is what you believe it to be. That's the only way communism/Marxism/Maoism/Wokism can make sense.

It's all bullshite, but they refuse to believe that...yet.

It will soon turn ugly (uglier?), and some folks will begin to question the validity of deconstruction and postmodernism.

It is important to understand the Left is based entirely on lies.

They are about gaining and using power.

All else is irrelevant.

And an uninformed society is easier to control. I used to wonder why I saw so many news stories that seemed intentionally deceptive on topics that did not seem to have a political angle to explain why it was done. Now I see that the left wants people to believe nonsense because these people will never be able to see what is being done to them.

6 posted on 09/12/2020 5:22:33 AM PDT by MtnClimber (For photos of Colorado scenery and wildlife, click on my screen name for my FR home page.)
[ Post Reply | Private Reply | To 4 | View Replies]
To: MtnClimber
Communism is a feudal system, much worse than the royalty/nobility/soldiers/peasant system they replaced.

Truth for its own sake--the foundation of Western Civilisation--is of no consideration to these people. 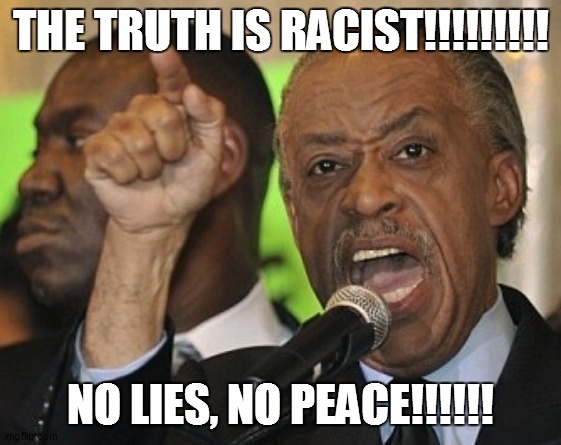 The people who push Leftism have a different concept of “truth” at least as it applies to others. They see it as whatever they can get someone to believe. Don’t assume that everyone sees “truth” the same way.

A small bit of international business experience or time in a “diverse” courtroom anywhere will show you that the concept of “truth” varies. The people behind the communist movements of the past 150 years don’t believe in an objective truth, at least not for the masses.

Not sure I would call the relationship ‘casual’ ... unless rape and disfigurement are casual. Then again, often the truth to the left is an entirely manufactured sex doll. Is that rape if it’s 100% fake what you’re raping? I don’t know, but it’s not casual.