While the endorsement might have been expected, it further illustrates a division between law enforcement and protesters who for months have railed against police brutality and called for racial justice after the killing of George Floyd at the hands of Minneapolis police. The endorsement isn’t likely to hold much sway for Trump in heavily Democratic Chicago, but John Catanzara, president of the local FOP and an outspoken Trump backer, is happy to antagonize the likes of Mayor Lori Lightfoot, who’s endorsed Democrat Joe Biden.

Lightfoot is still not willing to speculate on the kind of cuts Chicago’s city government might make to close a projected $1.25 billion budget gap. Instead, she called on Congress to get to work on a new bailout package. U.S. Sen. Dick Durbin said in Chicago this morning that there may be a sliver of light at the end of the tunnel: “I understand that the White House is now dangling the possibility of negotiation reopening.”

Whether that will add up to a new round of funding for state and city governments remains to be seen.

America is worth fighting for!

much of illinois is red

chicago is the pox on the state 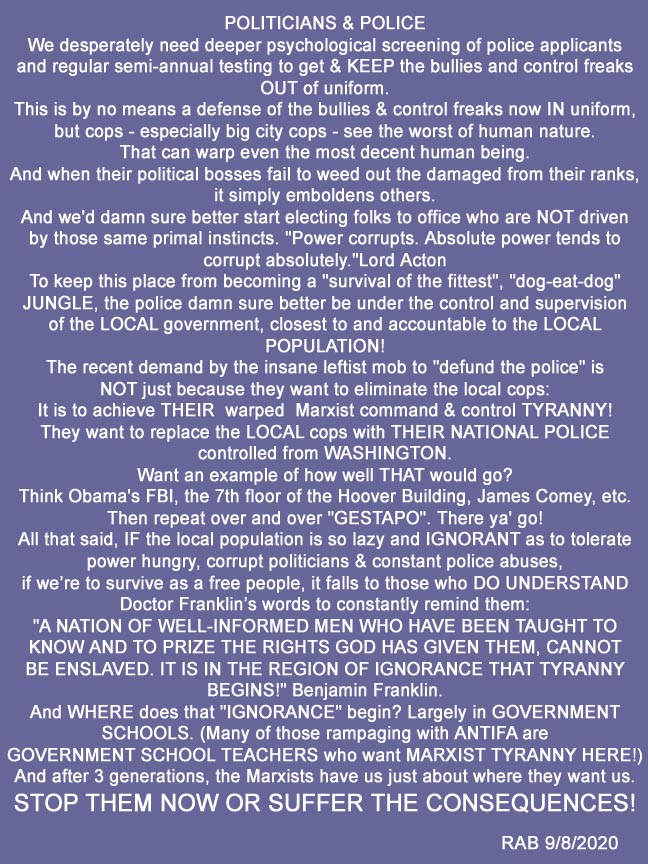 “...the killing of George Floyd at the hands of Minneapolis police.”


Has it been established anywhere except the press, that Floyd, in fact, did die at the hands (or knee) of Minneapolis police?

Actually, a lot of Illinois IS red, Chicago just outnumbers the others.

Shocking that the extreme far left Chicago Tribune printed this story. They will find a way to make Mayor Lighthead the hero and the Chicago Police the bad guys before this is over.