In that episode a Chinese stewardess smuggling drugs brings over a viral pneumonia caused by a Cantonese AB6 retro virus starting a epidemic in America which starts killing thousands like it did in China.

Johnny Smith, using his ability to see glimpses of the future from things he touches, infects himself with the virus to find out how it is eventually cured.

He sees the doctors talking at his own autopsy:

Man: Look at how it spread through all the major organs.

Not many airborne viruses move beyond the respiratory system.

So the chloroquine did this?

Isn't that an anti-malarial drug?

We got lucky, some doctors in China were treating the same virus noticed their patients who also had malaria were the only ones surviving.

The chloroquine they were using to treat the malaria was also suppressing the enzyme this virus needs to survive. 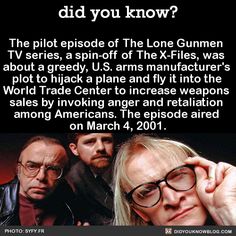 Not exactly right. They forgot the Zinc part ?

Played once and then never again.

You can still find the episode, if you really try.

/some days, it seems like the X-Files was a documentary

If you have Amazon Prime video the entire Dead Zone TV series is included. I was a big fan of the show at the time it aired and I still consider it one of the better TV series ever produced.

This episode is really uncanny, I got chills when Johnny started talking about how Chinese doctors had noticed that malaria patients being treated with chloroquine were recovering.