Department of Justice
Office of Public Affairs
FOR IMMEDIATE RELEASE
Tuesday, February 4, 2020
Filed False Returns for Herself and Clients

According to court documents and statements made in court, between 2013 and 2016, Renita Jenifer, 52, of District Heights, Maryland, operated RAJen Business Tax Service (RAJen), a return preparation business in D.C. During those years, Jenifer prepared false tax returns for clients that included fraudulent and inflated business expenses and itemized deductions, such as charitable contributions and unreimbursed employee expenses. By including these false items, Jenifer’s secured refunds for her clients from the Internal Revenue Service (IRS) to which they were not entitled.

In 2016, after IRS-Criminal Investigation executed a search warrant at RAJen’s office in D.C. and revoked Jenifer’s Electronic Filing Identification Number (EFIN), Jenifer formed DS Professional Tax Service LLC (DS Pro), a new tax preparation business in Maryland. As she had done at RAJen, Jenifer prepared false tax returns for clients of DS Pro. In 2018, Jenifer moved this new business to D.C. and continued to prepare false returns for clients. To conceal her fraud, Jenifer used the name of anothert individual to obtain an EFIN for DS Pro, and she listed that individual’s name on tax returns she prepared, instead of her own.

In 2013 and 2014, Jenifer also filed her false tax returns for herself, omitting income from her business. In 2017 and 2018, Jenifer did not file personal tax returns at all, despite earning income from DSPro. In total, Jenifer caused a tax loss to the United States of $373,090.

U.S. District Judge Kentaji Brown Jackson set sentencing for May 12, 2020. Jenifer faces a prison term of up to three years, as well as monetary penalties. As part of her plea agreement, Jenifer has agreed to pay $357,819 in restitution to the United States.

Principal Deputy Assistant Attorney General Zuckerman thanked agents of IRS- Criminal Investigation and the D.C. Office of Tax and Revenue, who investigated this case, and Trial Attorneys Melissa Siskind and William Guappone of the Tax Division, who prosecuted this case.

Additional information about the Tax Division and its enforcement efforts may be found on the division’s website.

I wish she did my taxes. 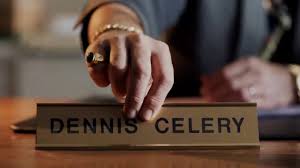 3 posted on 02/05/2020 6:29:50 PM PST by Hatteras
[ Post Reply | Private Reply | To 1 | View Replies]
To: Raycpa
How would you ever keep a straight face when she was looking among the ceiling tiles for your mileage logs? Usually that's the job of the tax client.

At the end of the year, the IRS always busts a few preparers around the country just to keep everyone on their toes.

I remember one preparer that claimed that her clients bought over 750 Toyota Prius’s and claimed the federal rebate, plus had over 100 clients that finished adoptions. Plus EIC and child tax credits. Back then it was $7500 for an electric car subsidy and could be $25k for some adoption credits.

This preparer lived in Laredo. Across the river for $1 gas (back then). When just over 3,000 electric cars of any kind were registered in all of Texas that year.

In dirt poor Laredo, she was dumb as dirt, like this lady.