By April 1992, with its Soviet ally freshly dissolved, Yugoslavia as the world had known it was gone in a bloody and violent breakup, leaving some 100,000 dead, 2.4 million refugees, 2 million internally displaced, and seven independent nations in its place.

While those ethnic tensions still simmer in much of the former Yugoslavia, so too is a growing sentimental recollection of life in a country much of the younger generations can only learn about in history books and museums like Milakovic’s Yugodom.

A Gallup poll from last year showed that many people in the former Yugoslavia look back fondly at their former homeland.

In Serbia, around 81 percent of people think that the breakup of Yugoslavia harmed their country in its current context. Bosnians are not far behind, with 77 percent expressing regret over Yugoslavia’s dissolution.

Belgrade art historian Branislav Dimitrijevic’s book, titled Exhausted Socialism, argues against two dominant competing myths about ex-Yugoslavia: on the one hand, that it was a country of prosperity and security, and on the other, that it was a "prison of the peoples."

"I teach in an art school, and new generations are more and more interested in ex-Yugoslavia, as in their regular education they learn virtually nothing about that country. And not only do they learn very little about it, but the information they are receiving from their parents about that period is contradictory," Dimitrijevic told RFE/RL in Belgrade at the time of the poll.

Asked what Bosnians miss about Yugoslavia, Besim Spahic said that, above all, they miss the stability and harmony of interethnic relations..

There is a weird “institutionalized” mindset when it comes to oppression.

I’m not advocating they go back to it nor do I feel it was grand when they were a communist republic, but one can see in a region that is completely fragmented and unstable that they would yearn for any semblance of unity.

They think not of the consequences, just the romance of the ideal which is, in fact horrific.

I guess the dumbing down of millennials is a global crisis. 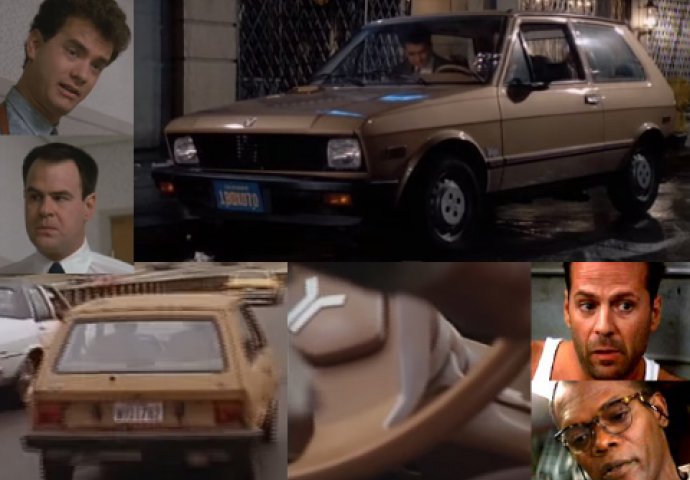 The article only cited the two parts that had the most to lose from the breakup.

Croatia, Slovenia, Kosovo, and Montenegro (whom held on the longest), seem to be happy with the current situation.

So the take-away is that socialism wouldn’t be so bad - if it were not for the prisons?

I suggest a lot of those people were merely fans of their nation, and not communism. And they were also probably looking back at the pre-war world and remembering life before 100,000 were murdered and half the women in the country were raped.

Not sure but I would guess they look at Poland, or Hungaria, and wish they survived the end of the warsaw Pact in that manner, not so much wishing they were marxist.

Anyone who remembers that part of the world as an example of peace and inter-ethnic comity is on industrial-strength drugs.

I don’t agree with you. Serbia was the largest of the countries that made up Yugoslavia and Kosovo was an integral part until after WWII when Tito actively removed Serbs from the area and allowed mass migration of Albanians into the area in order to water down the Serbian identity within the country. Then he created “autonomous provinces” out of Kosovo and Vojvodina, both parts of pre-Yugoslavia to further weaken the Serbian identity. Tito did similar things in the other parts of the country but none of the other areas had large swaths pulled out and made “autonomous”. Kosovo is the historic home of the Serbs and the center of their medieval history so that was an obvious place for Tito to target by Albanizing it under a greater Yugoslav identity.

Serbs were asked to give up their identity on a much larger scale than any of the other groups and sacrificed the most people (they were the largest part of the population) in WWII for the country of Yugoslavia. As such, it’s not surprising that there’s some nostalgia for the country given the amount they sacrificed to create it. Remember, at the origin of Yugoslavia, Croatia, Slovenia and Montenegro all asked the join Serbia in creating Yugoslavia. Serbia did not ask those countries to join it in creating that country.

What basis do you have for your statement?

If you lived in Bosnia, particularly during the last 20 years before the war started in 1992, you might have had different opinion.

All of Balkan history for the last couple thousand years or so.

Are you familiar with post-WW2 government-organized migration of Serbs from poor parts of Bosnia and Croatia to Vojvodina (to replace ethnic Germans who left Vojvodina at the end of WW2)?

Yugoslavian Constitution, adoped in 1974, gave autonomy to Kosovo and Vojvodina (while still being recognized as part of Serbia). Milosevic installed his puppets as leaders of these two autonomus regions, and used it to his advantage.

During 1980s Serbia had three votes in Yugoslavian Presidential Council. Together with Montenegro they had four votes: remaining four votes belonged to representatives from Slovenia, Croatia, Bosnia and Macedonia.
This allowed Milosevic to block any meaningful reform of Federal government. Ultimately this pushed Slovenia and Croatia to seek independence. Bosnia and Macedonia reluctantly followed because they did not want to remain in a Milosevic-dominated “new” Yugoslavia.

You cannot blame Tito for failure of Milosevic’s policy.
Ethnic cleansing and attrocities commited by Serbs in Bosnia resulted in NATO protecting Kosovo Albanians from same, if not worse, fate.

As expected, your comments are based on pure speculation, no personal experience living in that community.

If France and Germany could cooperate after WW2 within EU, why would it be impossible for ethnic groups in Bosnia to live in relative harmony during Tito’s regime?

Tito had many flaws but he was a Yugoslav first and foremost:

The Partisans, while a Communist-led movement, were deliberately structured as a pan-Yugoslav movement.

To a certain extent, it succeeded in maintaining the Yugoslav postwar state.

But too many republic leaders were more inclined to pursue their parochial interests than work together to preserve national unity.

Yugoslavia wasn’t conquered; it died at the hands of its quarreling peoples.

I won’t go into a defense of Milosevic as you seem to want to blame the systemic problems Tito created in post-war Yugoslavia on him. I will say that the Federal policy of allowing Albanian terrorism in Kosovo is what brought Milosevic to power originally. Croatia’s Franjo Tudjman began pushing Ustashe symbolism and a push towards independence while taking no responsibility for the Yugoslavian national debt as he was targeting EU membership at the time. His use of Ustashe symbols is ultimately what fractured Yugoslavia as Slovenia left with little problem. Tudjman brought opened all the unhealed wounds papered over by Tito following WWII.

As regards the civil war in Bosnia, you seem to think that atrocities were all one sided. However, you had people in the post-breakup Bosnian government that were clearly war criminals who blatantly attacked and murdered civilians. I’m just bringing some perspective to the article.

"Harmony" enforced by an iron hand. I'll answer your question with a question - if they were in such harmony, why did it break down?

The 1990’s war was not caused by the citizens of Bosnia. It was caused by the desire of Milosevic and Tudjman to divide Bosnia and annex its portions to Serbia and Croatia respectively.

This was somewhat similar to the scenario forced upon Poland at the beginning of WW2 when Germany and USSR invaded and divided the country.

First attrocities in Bosnia were committed by paramilitary forces imported from Serbia. The only reason why Serbs did not overrun Bosnia completely in 1992 was the fact that they did not have enough motivated foot soldiers in their military and the NATO enforced the no-fly zone, erasing this advantage of Serbs who had taken over weapons from the former federal army.

Was it a natural harmony or iron fist of USA that transformed western Europe after WW2? How did the nazi Germany become a democracy? How many USA soldiers are still present on German soil?

Milosevic consolidated power in Serbia several years before the communist party of Yugoslavia fractured into communist parties in each republic.

You need to watch footage from the last congress of the Yugoslavian communist party. When delegates from Slovenia and Croatia could no longer take bullying from Milosevic, they left while delegates from Serbia cheered. That event signalled the end of Yugoslavia.

Milosevic rose to power “to protect Serbs in Kosovo”, Tudjman rose to power in Croatia several years later as a reaction - to protect Croats from Milosevic and Serb dominant federal government.

This ultimately ended up in a war (1991). Once there was a stalemate in Croatia, both Milosevic and Tudjman turned their focus to Bosnia, each wanted a piece of it. Both are responsible for igniting the war in Bosnia.
Bosnian Muslims did not start the war.

Please name people in post-war Bosnian government who were clearly war criminals. Were they sent to the Hague court to be prosecuted?