Up to 200 teenagers and twentysomething members of Generation Identity, including a large group from the UK, had gathered at a secret location in rural south-central France to formulate the next stage of its campaign to halt what the group calls the “great replacement of white people with black and ethnic minorities”.

But the meeting, in the village of Saint-Didier-en-Velay, was disrupted after the Observer forwarded information to Generation Identity members revealing that a prominent figure in the pan-European far-right youth movement had neo-Nazi connections and had been linked to racist stabbings.

Within an hour of the information being sent, Generation Identity’s British co-leader, Tom Dupré, the son of an insurance broker from Sevenoaks, Kent, and described by anti-fascists as one of the most capable figures on the UK far right, had resigned and left the camp, saying he was “disgusted” that the group had links to neo-Nazis.

“I’ve just left; obviously, this information will cause mayhem at the camp. I’ve spoken to a couple of people and they are extremely concerned. If you’re talking about Islam and immigration, you need a complete brick wall to keep out your racists, your Nazis. If anything gets through, the whole project is a waste of time. I’m appalled. I’ve resigned. My personal view is that others will leave the group.” 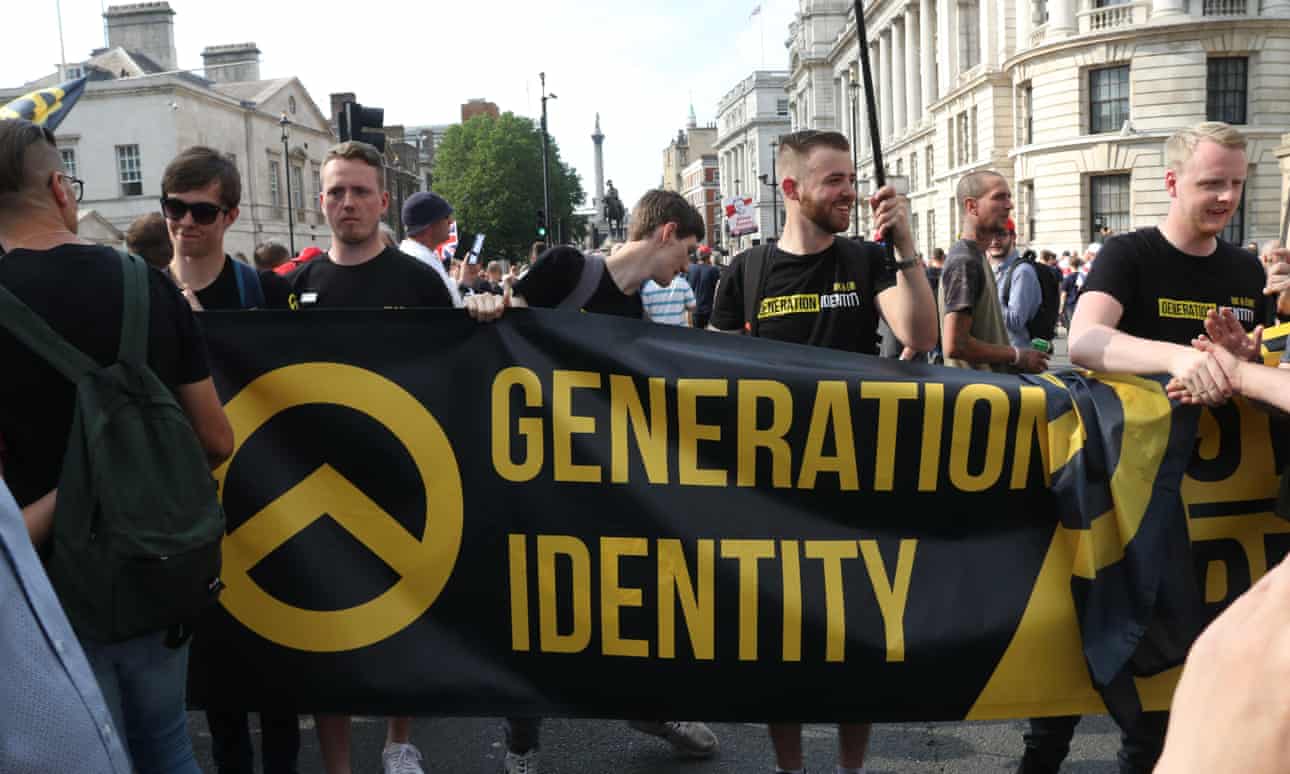 Again with the “right wing” nazi line of crap. Just like the media to lie. Sort of like the kkk=conservative lie they keep alive. Oh, and thanks cameluh harris for pushing it the other day as well.

Kinda' telling where they stand, isn't it?

If anyone needs examples of leftwing groups....the Hamburg Rote Flora ‘gangs’ would be a good example (very active in 2017’s G-20 riots). Cops know it, and quietly surveil them.

A nazi is ANYTHING, these days.

If the kid didn’t have a strong enough stomach to hear those totally automatic charges, then they are better off without him.