Your highnesses, as Catholic Christians and Princes devoted to the Holy Christian faith and to the spreading of this faith, and as enemies of the Muslim sect and of all idolatries and heresies, ordered that I should go east, but not by land as is customary. I was to go by way of the west, whence until today we do not know with certainty that anyone has ever gone there. He sent me that I might bring the true faith to the Indians. ~ Christopher Columbus

There are many reasons for defending what crucially needs to be defended, that except for the Catholic Church, there would not have been a discovery of the New World as we know it.

We mean the discovery of America achieved by the Catholic genius of Christopher Columbus.

We mean the discovery that was inspired by the Catholic vision of the Franciscans in Spain, without whom Columbus could never have been able to undertake his voyage to what became the new world.

In the Middle Ages, China was the wealthiest nation in the world. They had tremendous power over the seas. So too the Moslems had extended Islam from the Mideast to the farthest reaches of Western Europe and the most distant lands of the Far East. Why not the Chinese? Why not the Moslems? Why Columbus?

Our present focus is on the manifestations of his faith as seen in the detailed, day-by-day log, which Columbus kept from August 3, 1492 (when he left Spain) to October 12, 1492 (when he set foot on the new world).

August 12, Sunday: “Today, praised be to God, I arrived at Gomora and sent a boat ashore.” 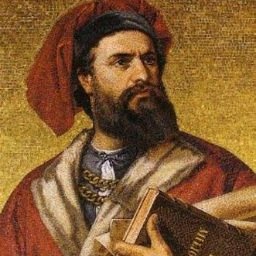 Christopher Columbus. “And he said to them, ‘Go into all the world and preach the gospel to the whole creation.'” (Mark 16:15) 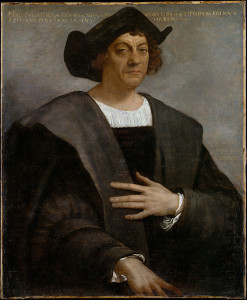 Queen Isabella and King Ferdinand. A most controversial couple, but alas the first true monarchs of the New World. 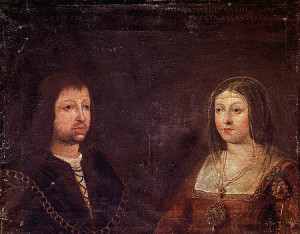 1 posted on 08/28/2018 10:27:05 AM PDT by CondoleezzaProtege
[ Post Reply | Private Reply | View Replies]
To: CondoleezzaProtege
Thanks for posting, my (91 year old) mom was blessed to attend several retreats with the author of this article.

Robert Spencer’s new book, The History of Jihad covers the pillaging and recovery of Spain and the quest to spread the Gospel.

5 posted on 08/28/2018 12:30:42 PM PDT by ealgeone (SCRIPTURE DOES NOT CHANGE!)
[ Post Reply | Private Reply | To 1 | View Replies]
To: CondoleezzaProtege
Tell me, does the Catholic church take ownership for the smallpox, measles, typhus, bubonic plague and other diseases that killed 90% of the indigenous population? How about the Columbus sex slavery shenanigans? No, wait. I think I know the answer to that one.

Quick question: Were the Vikings Catholic?

You’re welcome and how lucky of your mom! God’s peace and grace be with you both.