TOPICS: Miscellaneous
KEYWORDS: anthonyweiner; dncleaks; hillaryemails; hillarysemails; huma; humaabedin; weiner; weinerlaptop Navigation: use the links below to view more comments.
first 1-20, 21-40, 41-45 next last
Thank you all for engaging me regarding my assertion that there's no proof NYPD had anything to do with Weiner's laptop. There is still no proof, but there is something...


You all took me down paths I had already been. You challenged me again and again with what you seem have seen\heard\read. You all poked and prodded and for that I am grateful.
I chased it all. At no time was my intention to be combative. In spots it sure seemed I came off that way ( and I know I do at times) and I apologize for it.


It was Jocko who kept pokin some more.
I decided to file a FOIL request(Freedom of Information Law - New York City's version of an FOIA).


I had no expectations.
(I have an FOIA into the DOJ since 8/7/2017 and they accepted it on 09/05/2017 and promptly wished it into the cornfield and have not answered my followups) re: supplying documentation of Mueller's background investigation and ethics review
28 CFR 600.3 (b) - Special Counsel "(b) The Attorney General shall consult with the Assistant Attorney General for Administration to ensure an appropriate method of appointment, and to ensure that a Special Counsel undergoes an appropriate background investigation and a detailed review of ethics and conflicts of interest issues."

But i digress... From a source I trust, the denial: "Reads as an admission they possess the information requested, but are withholding disclosure to the public on the basis of open investigation".

So, the NYPD could have an image of the laptop.

After looking at their response all they are saying we cannot let you see it..

Not that it does not exist

Seems quite explicit that the laptop is being used in connection with an ongoing investigation.

We got one piece of data we didn’t have before - good job!

that’s what jumped out at me.
maybe I should have opened a FOIL for each item I was asking for, rather than asking for a basket of stuff as they gave a blanket denial. 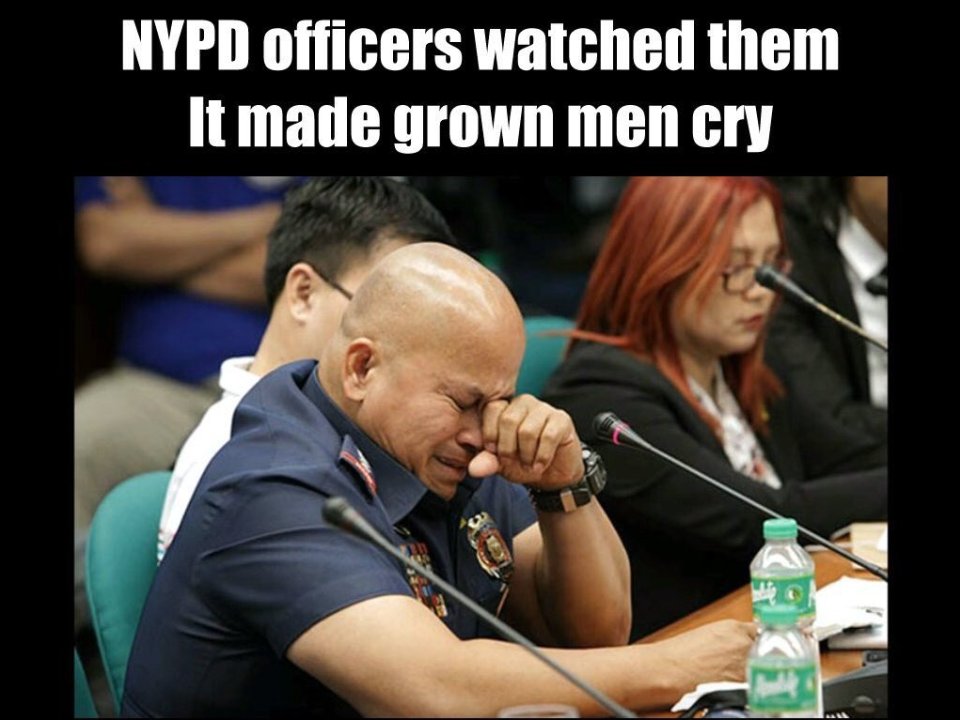 Thank you for your investigative work - I’ve not seen this information anywhere else on the web. KUDOS!

Told ya nothing would come from NYPD Re Weiner laptop.

Would have REALLY liked to have been wrong.

thanks. no kidding.
I never asked for the laptop or contents of it.

Investigate for Misprision of Felony everyone who knew, but did nothing.

Who is Eric Schneiderman?

> “So, the NYPD could have an image of the laptop.”

No, NYPD has the laptop. FBI has image on DVDs of outlook emails. This is the result a procedural process would take when two law enforcement groups are joined in an investigation.

Q posted a link to JW site of FBI letters/requests of Treasury and Clinton lawyer back and forth letters to DOJ.
http://www.judicialwatch.org/wp-content/uploads/2018/08/JW-v.-DOJ-02046-Hillary-R.-Clinton-Part-24-of-24.pdf

In particular page 17 to laptop source of DVDs.

There can be arguments as to whether this is accurate but understand importantly there were TWO investigations simultaneously, one by FBI, one by NYPD.

The Weiner laptop tied at least two criminal investigations together.

The following is the logical explanation of what must happen in such an investigation involving two law enforcement groups.

It was NYPD that was called on Weiner’s sexting and it was FBI that joined NYPD asserting jurisdiction over Hillary emails and possible classified material.

The NYPD was required to respond to Weiner’s sexting allegation, they were required to obtain a warrant and search Weiner’s devices.

Physical custody of laptop stayed with NYPD for Weiner pedophilia investigation as there was much more than emails. Joint jurisdictional custody would have been understood and made formal between NYPD and FBI.

Reporters following FBI’s role in the Weiner incident wrote FBI seized Weiner’s devices. Yes and No. FBI was called when NYPD found Hillary emails with other notable persons nationwide/worldwide, jurisdiction went beyond city/state. Reporter was writing to the higher level enforcement body which would be the FBI.

FBI left laptop with NYPD for their criminal investigation and prosecution of Weiner. FBI took CDs/DVDs of files related to Hillary emails. FBI retained authority to access and inspect laptop at any time.

NYPD had to go to complete radio silence because possible high-level classified material on Weiner laptop.

NYPD was adamant that truth about Hillary come out and threatened to go public if Comey did not reopen Hillary email investigation.

This latter statement is important. NYPD had properly ceded jurisdiction of Hillary emails to FBI. NYPD’s focus was pedophilia, child trafficking. Why then did they threaten Comey regarding Hillary emails?

One plausible answer is they weren’t threatening to go public with Hillary ‘emails’. There were other materials on the laptop involving Hillary that were incriminating that they threatened to go public with. They thought Hillary should be stopped in the election because of what they saw. They knew Comey had the Hillary emails from Weiner’s laptop and appeared to be doing nothing with them in the final two weeks before the election. FBI had ordered NYPD to keep all matters under seal.

Otherwise, why should NYPD stick their nose in matters where FBI had control and jurisdiction?

If the NYPD made no attempt to call FBI attention to the matters of Hillary, future investigations, future hearings could hold NYPD as complicit or derelict. There is required reporting, there are ethical considerations that must be addressed. Career law enforcement know there must be a document trail absolving them of failing to report, failing to investigate, failing to carry out public duty. Their call to FBI was to make a record and to put the onus and responsibility squarely on FBI.

The above is consistent with the breaking news at the time. There was a lot of chatter in the initial timeframe tied to the incident. Radio silence came soon after with orders to seal the evidence except that NYPD could brief bureaus in general meetings of some findings in relation to pedophilia and child trafficking because they had responsibility to investigate along those lines.

Do not ask me for ‘proofs’. They do not exist in the public domain. The above is based on the procedural process with a reasonable presumption that NYPD followed procedure.

If you are attempting to uncover the underlying status of the investigation, you will be frustrated. Access is locked. However, you can get copies of procedures which are in the public domain and use the procedural handbook as a guide in what NYPD was required to do. Same with FBI. Using procedures and a timeline, you will be able to pinpoint where the gaps are and you will be able to intelligently impute things that must have occurred if procedures were followed. Your investigation will then have structure and you will be quicker to ascertain and estimate logical results.

That Laptop has long been DESTROYED!! I would be SHOCKED if anything comes from it.....sad.....the CORRUPTION is EVERYWHERE!