Dead man talking: conscript comes back to life after 10 years

By The Siberian Times reporter
16 December 2015

Leonid Durkin, 30, shows how easy it is to vanish while living near to people. 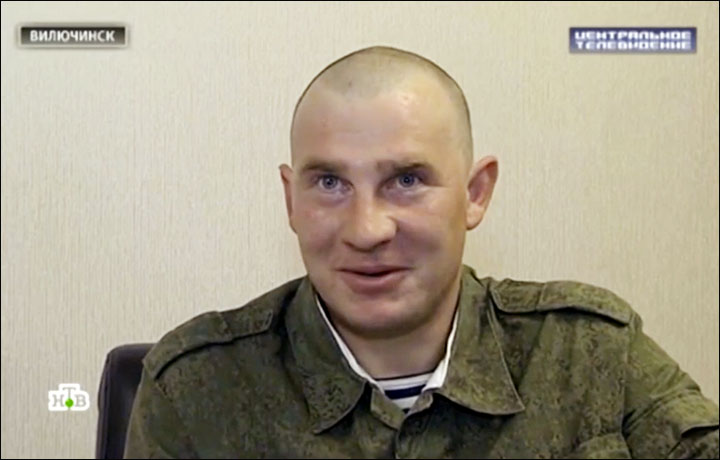 'What does a person needs to be happy? To have own home and family, nothing else.' Picture: NTV

This is the first picture of the army deserter who disappeared for more than a decade, and was declared dead by his own family. His death certificate was issued in 2005 after his father mistakenly identified a corpse as being him.

All the time, he was living incognito in woodland close to Petropavlovsk-Kamchatsky, capital of Kamchatsky region from where he fled the army. He built his own house, got jobs, drove a car, all the time living on the edge, avoiding the attention of the authorities. Talking for the first time, he explains how he disappeared and lived as a dead man walking.

'I was stupid back then. My father did not write, my girlfriend did not write. I was lonely, that's why I fled,' he said. 'I crossed the river on a makeshift raft, there were enough fallen trees in the forest. And went to Petropavlovsk-Kamchatsky on foot.

'The first night I spent in the woods. When I came to the city, I needed something to eat there, so I collected bottles to change them into money. Then I got a part-time job. 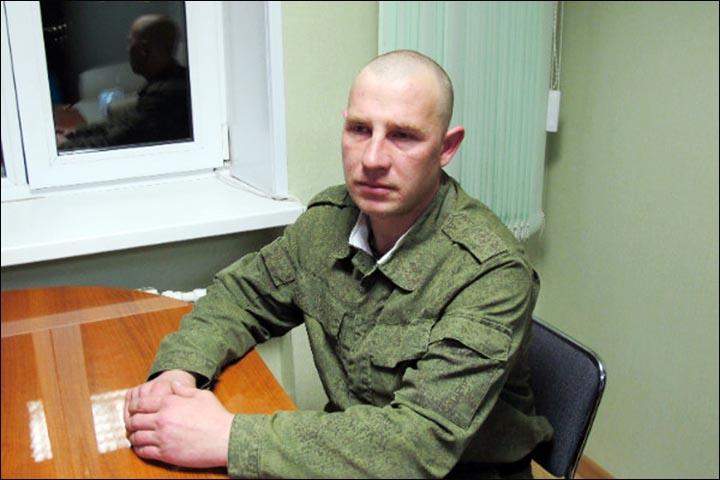 'I worked as a loader at the port, had some temporary works on the market, this did not require documents. I earned some money, at one time even rented an apartment in Petropavlovsk.' He could not afford to keep the flat.

'I found an abandoned dacha [country house] near the Radygino settlement [a former military town]. When I came there, there was only bare land, all covered with tarmac. So I built it all from scratch - dragged and carried the earth, built a house, greenhouse, and shed.

'You can't image how much furniture people throw away, only needing small repairs.' This was he furnished his house in the forest.

'I brought, plywood, boards, and iron. I welded a stove to cook, made a table. I bought a car to go fishing. I bought moped to go to Petropavlovsk-Kamchatsky. If I needed to do something, but did not know how - there is Internet. I connected via my mobile phone. Communication was not always easy there, but sometimes there was a signal.'

There were threats - from local bears. 'There was quite a lot of bears around. But I was never afraid of them. And then, I got three dogs. The main thing is not to disturb the bears. Sometimes I was fishing, and next to me I saw a bear.  Well, I did not approach.' 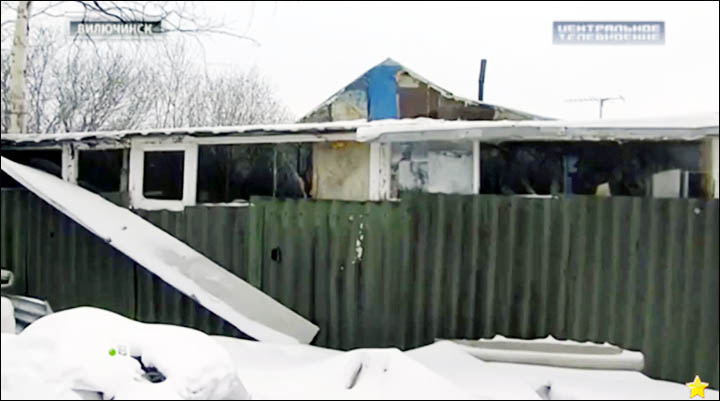 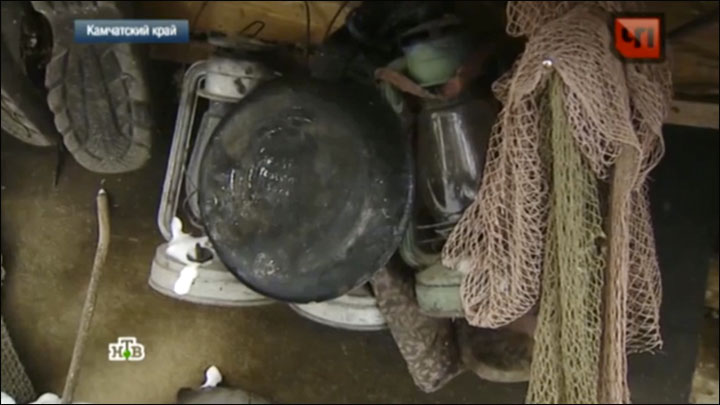 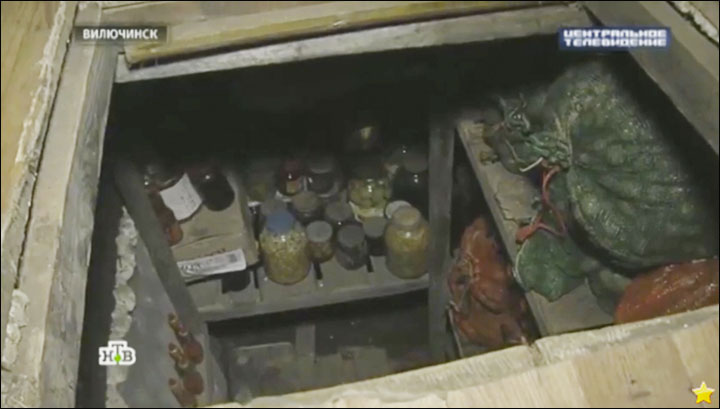 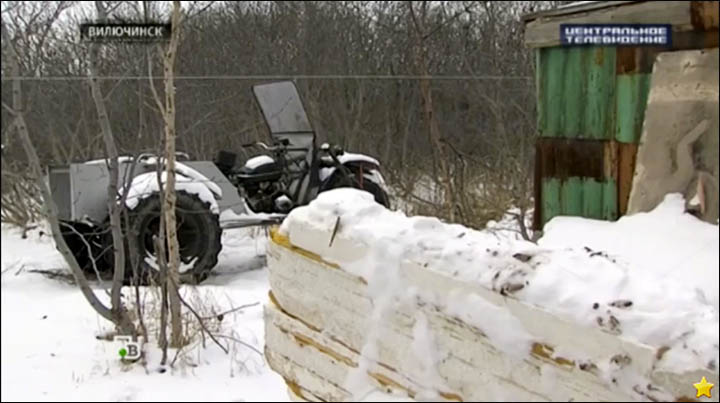 'When I came there, there was only bare land, all covered with tarmac. So I built it all from scratch - dragged and carried the earth, built a house, greenhouse, and shed.' Picture: NTV

Several times he was stopped by the traffic police. 'I told them my real ID. I thought every time - that is all, they will check me in their database and all will be known,' he said. 'But they only gave me a fine, and I left.'

Despite his spartan existence, he went ten years without needing medical treatment. 'I never came to the doctors. I had good health.'

Not only should he have been picked out as a deserter - for which he faces up to seven years in jail - but also because of the evidence that he was plainly alive not dead.

He now says that he regretted leaving the army very soon, but was scared of arrest if he admitted his error. 'I recognised my mistake almost immediately,' he said. 'About two weeks after the escape. But I did not go to the police - was afraid of taking responsibility. 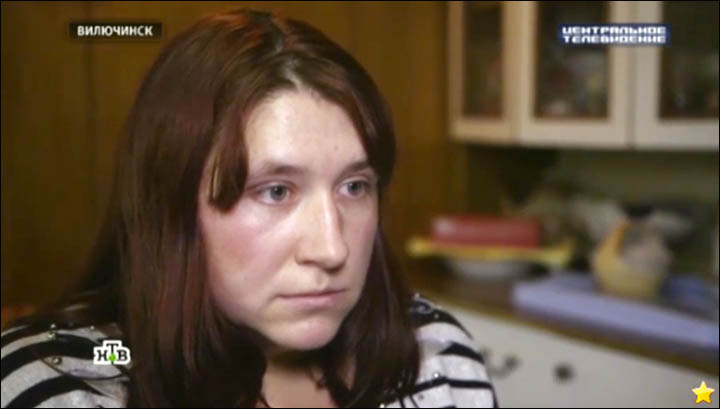 Shocked stepsister Yelena said: 'I don't know who they found. 'I have his death certificate.' Picture: NTV

'Now this has changed. I am not afraid of anything, I just want just to get back my documents' - and again become officially recognised as being alive.

He also awaits a judgement on what - if any - punishment he will face for absconding from his military service. 'Then I will understand how to live further.'

His father - who identified him as dead - is now himself dead.

'What does a person needs to be happy? To have own home and family, nothing else. When this is all over, I want to work as a driver. I plan to stay in Kamchatka.'

Durkin was finally caught because military police were alerted to his mobile phone calls.

From Taganrog, in the Rostov region of southern Russia, it was his father Alexander - who died last year not known his son was alive - who incorrectly identified a corpse as being his, and he was officially registered as dead. 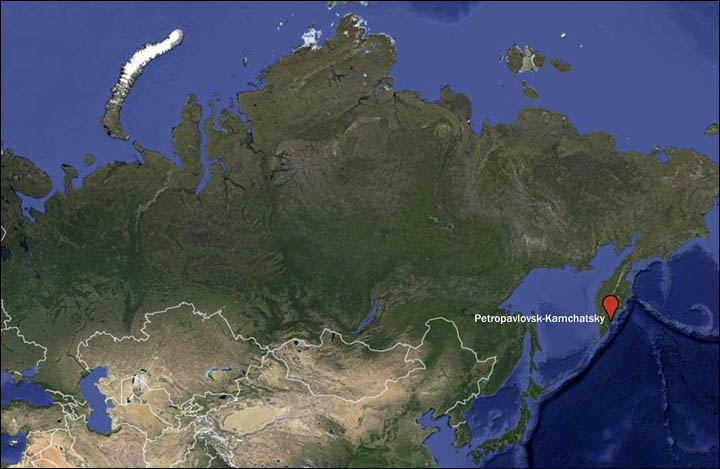 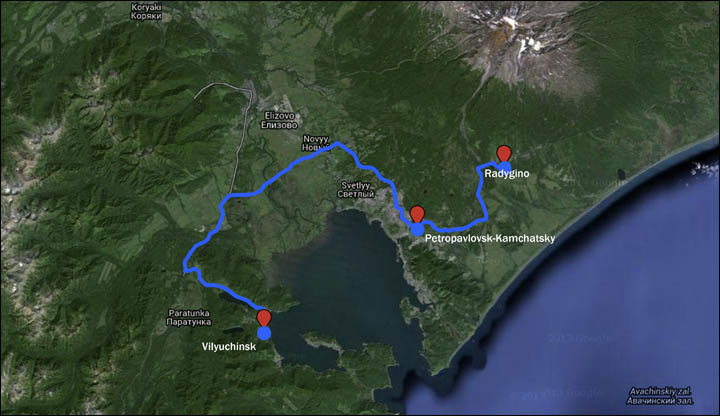 Leonid Durkin fled from the military unit in Vilyuchinsk, crossed the river, and went on foot to Petropavlovsk-Kamchatsky. Then he was to resettle to the countryside, near Radygio settlement. Pictures: The Siberian Times

His shocked stepsister Yelena said: 'I don't know who they found. 'I have his death certificate. Let them now prove - that it is really Leonid.' After he disappeared 'we received a call from his military unit. They said that he was hit on the head, thrown in a forest plantation where he froze to death. And then the body was found.

'His father - my stepfather - recognised him by his photograph. We've got a picture of his dead body and he said it was Leonid. He was buried in Vilyuchinsk.'

Now police are investigating who was wrongly buried as Leonid.

Living on the fringes.

I don’t like that he deserted. I can honestly see myself living like that if I didn’t have a family myself.

Incredible drive and toughness. Cool story (except for desertion, of course).