Jeff Rosato, 32, of Arlington, Va., who was remanded into custody after pleading guilty in January, must register as a sex offender for the rest of his life, U.S. District Judge T.S. Ellis III said at a hearing in Alexandria, Va.

"He lost everything he worked so hard to achieve up to this point in his life. Rosato is keenly aware of the consequences of his actions and the new choices he must make for himself and his future from this point forward," Lavonda Graham-Williams, an attorney for Rosato, wrote in a sentencing memorandum in which she asked the judge to impose the minimum sentence of five years.

Federal prosecutors sought a sentence of between 6 1/2 years and just over eight years.

Rosato was arrested in November and was promptly fired by Boxer's office.

The case is one of two federal investigations with connections to Boxer.

Boxer's nephew, Noel Gillett, 44, of Oakland was indicted by a federal grand jury in San Francisco on April 14 on charges that he threatened to kill an FBI agent and hurt an employee of Boxer who he believed was plotting to have him killed. Gillett has pleaded not guilty and is being held without bail.

Gillett also said he believed Oakland police were trying to kill him and that he would be protecting himself if he killed police officers, authorities said.

Which democrat was it in the 90s that had been protecting a hammer murderer that he had hired?

Plenty bad, but still not THAT bad.

Nothing to see here folks, just move along. It’s just another scumbag dim that nothing will happen to. The laws don’t apply to them.

“He lost everything he worked so hard to achieve up to this point in his life. Rosato is keenly aware of the consequences of his actions....”

Why is this POS still alive?

I dunno, man . . . when she gets all that make up and that goofy grin

Another possibility for the empty suit’s team 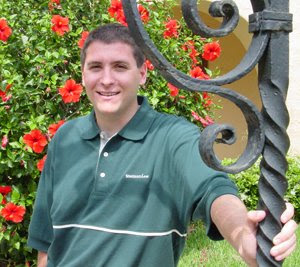