Trump’s lawyers said they will immediately appeal the decision.

Funny how every Trump related case ends up in front of a rat Judge. Every F’n time.

PDJT can appeal, just like lefties do all the time.

I know. What are the odds?

I live in New York unfortunately and New York is corrupt as hell now, all the Republicans running for office there are just wasting their time, I don’t know why they are doing it when they know they have no chance. The elections are constantly fixed, the justice system is a joke, the politicians are nothing but punk ass street criminals.

I really do not know what to tell Trump, like the Jan.6th “commission” it’s Kabuki theater in a banana republic. Whatever they invent they will portray as the truth and they will charge and convict him probably with tax invasion which is going to be an utter joke.

Yes, the billionaire for decades somehow miraculously was able to evade the IRS by not paying his taxes even though he is constantly audited, but superhero sleuth Letitia James exposed him!! Wow! Oh yes, totally believable!!

Every last politician and AG in New York like California needs to be fumigated from the state like the cockroaches they are and flushed down the toilet.

He should appeal this as far as it takes to appeal. He is being politically targeted, without any question, and that is not supposed to be tolerated in our Republic.

When you add up all the destruction Obama has done to this nation it is astounding.

These Fn liberal judge are going to be the cause of violence when people realize that there is no justice for them in their court unless they are Democrats or liberals.

These robed frauds will be reversed upon appeal because they are activists posing as jurists, and their rulings are based upon politics alone.

And when they are reversed they will not be embarrassed.

I think I understand the judicial branch least of the three.

It seems like any podunk judge from anywhere can rule anything - and then it gets appealed. Are these rulings just PR stunts to give the fake news headlines?

They need to put the muscle on these creeps.

When my son lived in Brooklyn, NY he went to vote in a primary election and he was handed a Democrat ballot. When he asked for a Republican one the election worker was shocked. She said she never gets anyone requesting a Republican ballot. 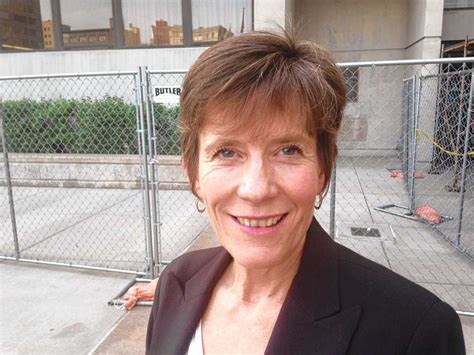 Where are Mitch McConnel’s judges?

I’m shocked, I’ll tell ya. Shocked. /s for the slow ones.

They’re trying to prevent him running for prez again.

I read the ruling. The federal judge based her ruling on the precedent of the “Younger” case abstention doctrine. Essentially this precedent provides that “federal courts should generally refrain from enjoining or otherwise interfering in ongoing state proceedings.” Trump’s case was filed in New York state courts, not federal courts. Essentially the judge is say the case should be adjudicated through the New York state courts before the defendant files an appeal of process to the federal courts. If we believe the Constitution gives the states powers independent of the federal government, this understanding of the law is correct, regardless of if it is “fair”.

It may be the prosecutor is after using her discretionary prosecutorial power against Trump unfairly. It may be the state court judges are also biased. However, until the case has made its way through the New York courts, the federal judge is essentially saying the legal precedent in cases such as require the federal courts to stand back and allow the state process to reach an outcome before intervening.

One of the biggest problems we have in this nation today is overreach by the federal courts. It is actually refreshing to see a federal judge deferring to state and local officials while a case is being heard instead of jumping in and overriding the process. I say that as someone who believes in the original intent of the Constitution.

Let the process go forward. If the prosecutor is showing overt bias toward Trump, and has no evidence of criminal activity, the jury should rule Trump not guilty. If Trump is unjustly found guilty, he can appeal all the way through State Supreme Court and then to federal courts. At this point there has been no trial and jury ruling so there is nothing for the federal courts to decide.

As for the fundamental issue of unfairness and bias toward Trump, good parents tell their children early - “life isn’t fair”. Our system gives prosecutors wide latitude in deciding which cases to investigate and litigate. The check and balance on prosecutorial misconduct is the public at the ballot box, the jury system, judges who administer trials, the state bar association ethics board, legislative bodies (impeachment and laws governing judicial conduct) and the appeals process through state and then federal courts.

Even with all of the checks and balances on prosecutors a “fair” outcome is never guaranteed. Mistakes are made, there is no perfect system. If Trump is an innocent man, but is found guilty and punished, he won’t be the first person in history who experiences injustice in the courtroom. At this point, since we haven’t seen the evidence the prosecutor plans to present in trial, we have no basis for concluding if Trump is be persecuted by the system, or is actual guilty of a crime and trying to avoid punishment. Stay tuned.

“Every last politician and AG in New York like California needs to be fumigated from the state like the cockroaches they are and flushed down the toilet.”

Oh, bless your little ol’ heart. We don’t want them anywhere, but where they are now.