Remember how media and folks on the left would attack President Donald Trump over putting kids in “cages” even though those cages (large initial holding areas after illegal aliens are picked up) were built under Barack Obama and Joe Biden? This despite the fact that Trump actually improved the situation by having fewer illegal aliens coming in and discouraging illegal entry. Not to mention actually checking who the kids were ultimately turned over to so they weren’t turned over to human traffickers like they were under Obama.

But now it’s ramping up again because of Joe Biden’s encouragement about not deporting people and other policies — his policies are actually encouraging more unaccompanied children to come.

Now the language has flipped back again. Media is no longer talking about the “cages” — now they’re talking about “migrant facilities.”

To be clear, the “cages” are the initial holding facility where people are held when they’re first caught at the border. Then kids are sent to HHS facilities until the government finds a guardian or sponsor for them. The same “cages” are still there. But now we’re hearing about the “facilities.”

They had to open up an overflow facility for kids to deal with the surge that Biden’s words/policies have caused.

Translation: under Biden, more kids are actually being held. The facility was open for one month briefly during the Trump Administration, during an overflow, but then was no longer needed.

But read how differently The Washington Post describes the same facility when it’s under Biden vs. when it was under Trump.

This is how Washington Post describes the EXACT SAME migrant facility when Biden is President vs. when Trump was President.

It’s colorful and fun-sounding under Biden. Not so much under Trump. But it’s the same facility. You can check out how, yes, they had soccer, games and all the same things under Trump in this video at the Texas Tribune. The WaPo does quote an official saying that Trump got a bad rap and was providing the same things.

I don’t know about you, but that facility with the bars on the window is looking awful cage-like to me. 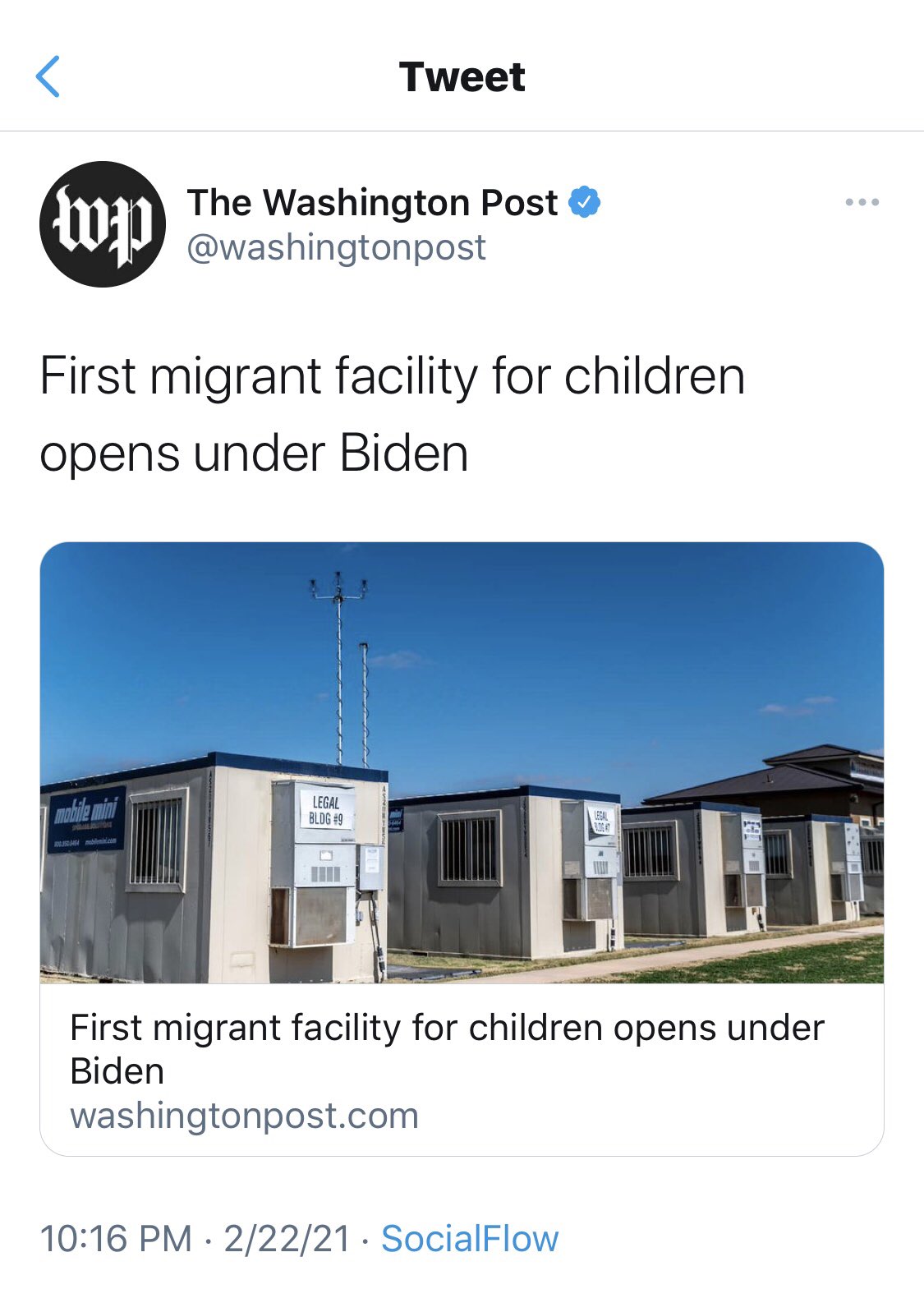 eagerly awaiting @aoc's comments on this 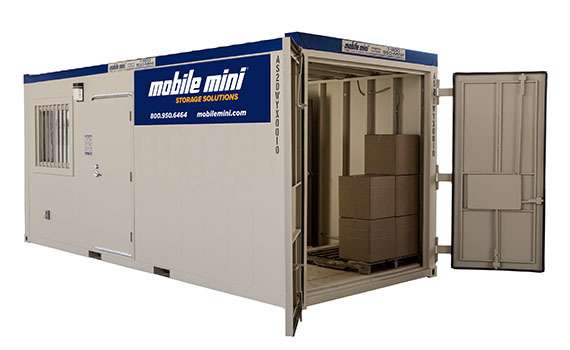 So, will we be hearing about the Democrats like AOC condemning these “facilities” as they did under Trump? Can we expect a visit from her to cry at the gates again? Will Democrats and media get that the same “cages” are still in existence as indeed they were under Obama/Biden and will they be objecting to these box “cages?”

Ted Cruz should go do a crying fence photo op to tweet to Cortex.

Glad you pinged him.

Just tryin’ to help my Senator out. He’s had a rough week, like many of us Texans.

An empty parking lot with a chain link fence is enough to make her break down and cry.