The AVS-36 was Soviet Russia’s attempt at a fully-automatic service rifle, and it was a total flop.

Though the AVS-36 had a high magazine capacity and was relatively lightweight, it was also virtually uncontrollable during fully-automatic firing. 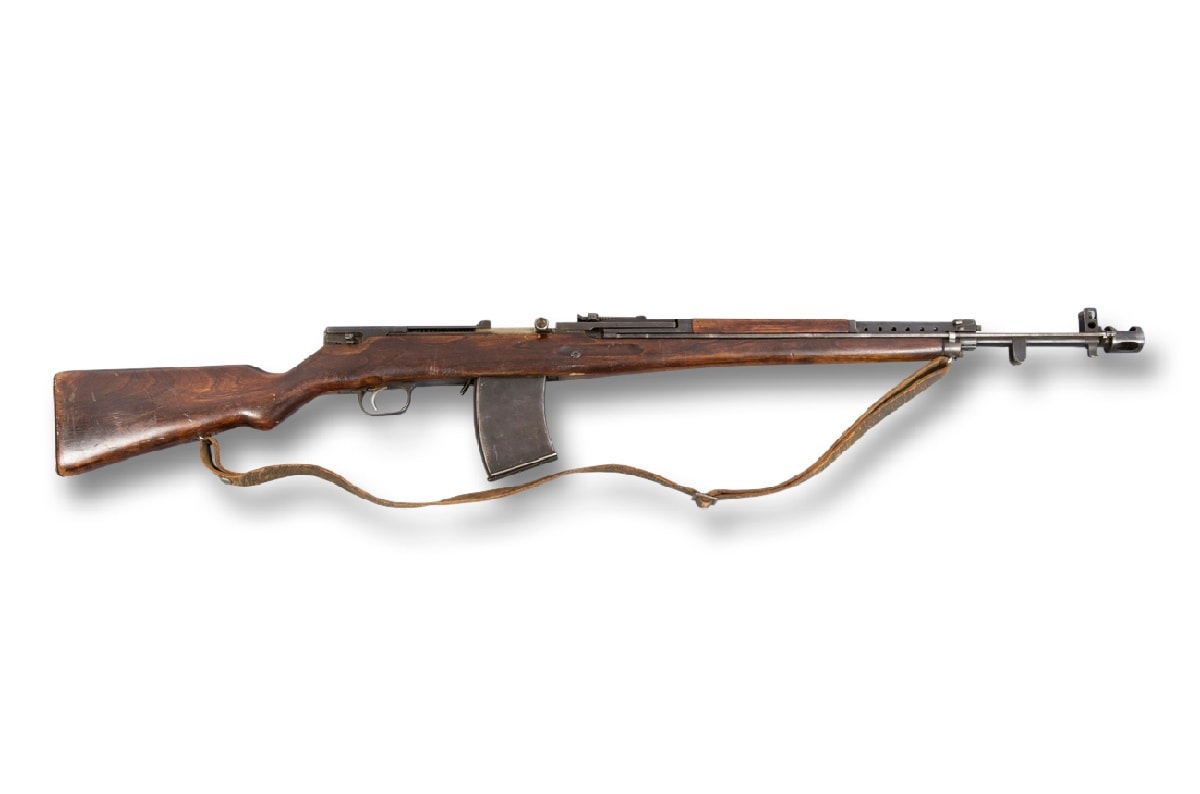 The AVS-36 was Soviet Russia’s attempt at a fully-automatic service rifle, and it was a total flop.

Though the AVS-36 had a high magazine capacity and was relatively lightweight, it was also virtually uncontrollable during fully-automatic firing.

One of the Soviet Union’s first select-fire rifles, the AVS-36, is relatively unknown. It was designed by the notable Soviet firearms designer, Sergei Gavrilovich Simonov. While some of Simonov’s weapon designs like the PTRS anti-tank rifle or the SKS carbine were moderately successful — the AVS-36 proved to be an unsatisfactory design.

The AVS-36 was accepted by the Soviet Army in the mid-1930s and made it into service with the Red Army just in time for the 1939-1940 Winter War with Finland. On paper, the rifle was revolutionary and had several features that should have made the rifle popular with Red Army soldiers, though the rifle was ultimately a flop.

Like the venerable Mosin-Nagant that preceded it, the AVS-36 was chambered in the large 7.62x54mmR rimmed cartridge. Rather than ejecting from the right side like most rifles, however, the AVS-36 ejected from the top. Unlike the Mosin-Nagant, the AVS-36 fed from relatively large 15-round magazines — offering triple the capacity of the bolt-action imperial rifle.

The Russian 7.62x54mmR cartridge was originally designed in 1891 and is still in service today in some country’s militaries in a limited capacity. The full-powered rifle cartridge can have a long maximum effective range, and the AVS-36 ladder sight was accordingly marked out to 1,500 meters. In practice, however, the rifle was inaccurate past 800 meters or so. Interestingly, the rifle’s bayonet could be attached to the rifle stock vertically to create a type of monopod, though this was probably of limited utility.

One of the AVS-36’s most distinct features is its large, bulbous muzzle brake. Despite its large size, it was not particularly effective at controlling muzzle rise, and recoil was quite stiff, as evidenced in this video. Like the United States would learn with their overpowered M14 in Vietnam, the AVS-36 was virtually uncontrollable during fully-automatic firing, making its theoretical role as a squad support weapon impractical. And like the M14, it would quickly be withdrawn from the Soviet Army after brief and disappointing service life.

Finland actually issued captured AVS-36s to their troops during the Winter War, though they experienced the same problems with the rifle that the Russian did: jam-prone and very difficult to control during automatic firing.

Ultimately the AVS-36’s shortcomings necessitated a replacement and the rifle was withdrawn from service after only about 35,000-65,000 rifles had been manufactured. One of its successors, the SVT-40, though visually similar and chambered in the same 7.62x54mmR round would be much more successful, despite severely hampered production as a result of the Nazi invasion of the Soviet Union.

Caleb Larson is a defense writer based in Europe. He holds a Master of Public Policy and covers U.S. and Russian security, European defense issues, and German politics and culture.

I wonder how many are on the NFA registry...would be a nice addition to a C&R NFA collection;

Should I get a few for Joe’s gun “buyback”?

Stated the “And like the M14, it would quickly be withdrawn from the Soviet Army after brief and disappointing service life.”

Special operators preferred the M-14 for many missions until recent changes......

In other words, about average for '19FortyFive'.

Haven’t seen good article from them yet.....

The 7.62x54mmR carries a punch, I’m not surprised it’s hard to control in a fully automatic shoulder-fire rifle.

The gun is very similar to M-14 from the shooter’s perspective.

Biden places order for our military.