Even Dems have already tired of Joey and Kamala’s future-vision-America. And regardless of what you think you saw and heard is light! Not dark! Optimistic! So instead of talking about Joey’s plan, which hasn’t actually been articulated yet, they’ve taken to carping about the Post Office hoping to create another conspiracy theory to take the place of Russia! Russia! Russia! scam. Just in case they lose another election to President Trump.

And Nancy Pelosi, poster child of projection, had her very own “deplorable” moment yesterday, calling us “Domestic Enemies…enemies of the State.” 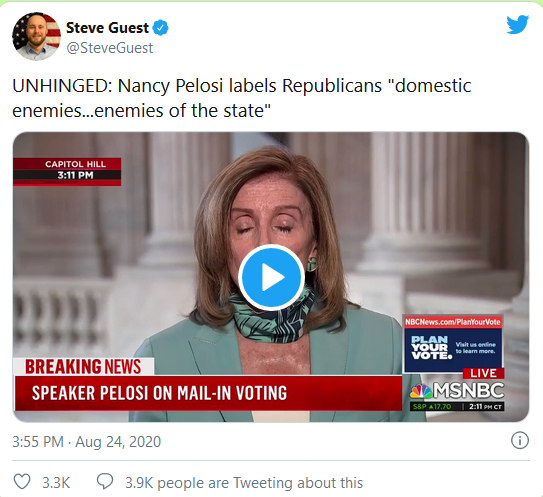 Speaker Nancy Pelosi to MSNBC on Monday: "What happened in 2016 was discouraging. The Russians were there. And they are there now 24/7 trying to interfere in our election. But they're not the only ones. We take an oath to protect and defend the Constitution from all enemies, foreign and domestic. And, sadly, the domestic enemies to our voting system and our honoring our Constitution are right at 1600 Pennsylvania Avenue, with their allies in the Congress of the United States. But, again, let's just get out there and mobilize, organize, and not let the president deter anybody from voting."The Speaker’s two banks of eyebrows rival McDonald’s iconic double arches

Wait, what? We are the domestic enemies? Not the Democrat condoned BLM and ANTIFA thugs burning down our cities? 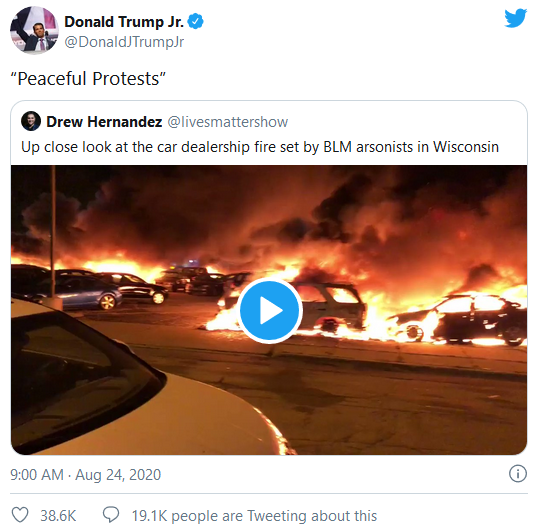 Who is this deranged octogenarian with the McDonald’s double-arches eyebrows, and why does she keep demonizing us?

We are constantly told how dangerous it is to dehumanize and demonize one’s political opposition. Pelosi does it over and over and all you get is what you got in that clip, which is a news “anchor” nodding along approvingly and saying “right,” as if she doesn’t actually sound like a deranged lunatic. - RT

Not surprisingly every MSM commentator last night used their DNC talking points and agreed that day one of the Republican National Convention was “dark” “ominous” and “divisive.” It was if they were watching reruns of their own convention last week. 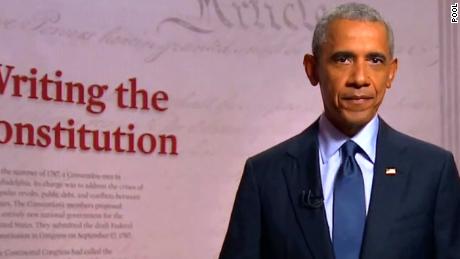 Dark. Ominous. Divisive. Nobody does it better. 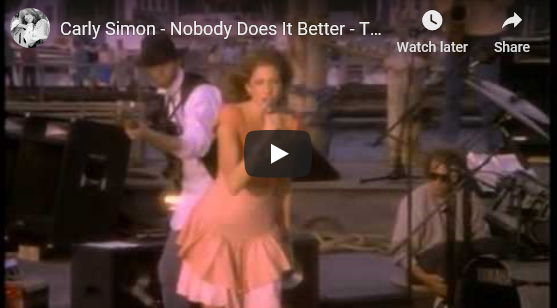 Nobody does it better
Makes me feel sad for the rest


Nobody does it half as good as you


Baby, you're the best


The spy who loved me


Is keepin' all my secrets safe tonight…

I wonder if everyone will be keeping his secrets safe.