After a viral video appeared of Joe Biden talking about his bleached blonde hairy legs and sitting on his lap, you would figure he would avoid those topics like the plague during his 'No Malarkey' tour of Iowa. However, in Emmetsburg on Monday night, he talked about people sitting on his lap. What next? Will Creepy Joe soon bring up the subject of his hairy leg rubdown again?

TOPICS: Humor; Politics
KEYWORDS: again; bidengaffe; bidenperv; clickbait; creepyjoe; iowa; joebiden; nomalarkey Navigation: use the links below to view more comments.
first 1-20, 21-35 next last
So far the DUmmie FUnnies channel is the FIRST (and so far ONLY) source that found Creepy Joe talking up lap sitting during his "No Malarkey" tour. Also in this video is the absolutely HILARIOUS cartoon parody of Biden talking about his bleached blonde legs and kids sitting on his lap. If you haven't seen it before, you definitely want to put your coffee mug down to keep your screen dry when you burst out laughing.
1 posted on 12/03/2019 10:29:55 AM PST by PJ-Comix
[ Post Reply | Private Reply | View Replies]
To: Xenalyte; RMDupree; AlexW; CzarNicky; Mike Fieschko; motzman; codercpc; thingumbob; tje; ml1954; ...

That was one of the weirdest things I’ve seen from a politician in a long time.

About halfway through I was wondering where on earth he was going with this ‘hairy legs’ story.

This nitwit is one sick puppy. What a pervert...a d with dementia yet.

At least the words that tumbled out were “lap-sitting” rather than “lap-dancing.” With Joe, you never know what’s going to pop out.

BTW, a surgeon friend of mine says that the aneurysm repairs Joe had done were in the areas that affect impulse control.

Awesome! I didn't know that was your work.

All around the nation, Mall Santas cringe.

Given this creepy freak, I’m worried that the Dems are going to push the awful Bloomberg on us. 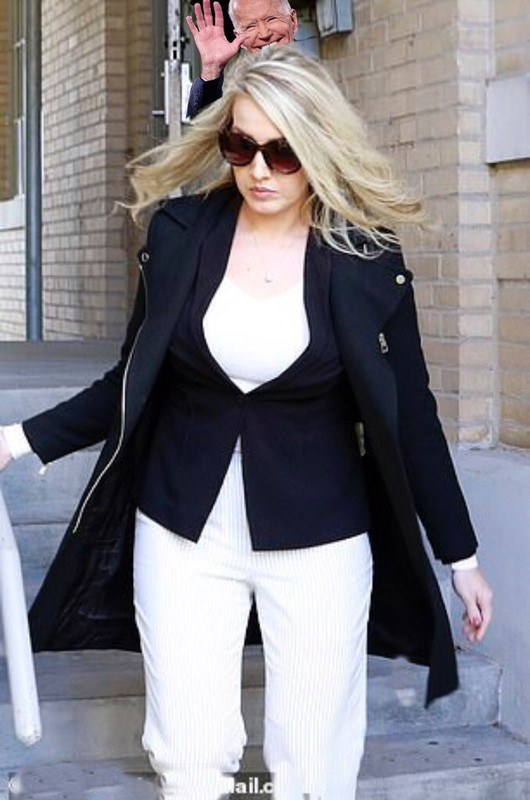 THEY NEED TO DO ONE MORE DNA TEST!


9 posted on 12/03/2019 10:39:25 AM PST by AnthonySoprano
[ Post Reply | Private Reply | To 7 | View Replies]
To: PJ-Comix
There once was a creep named Joe Biden
Who asked you to sit on his thighs then
He then grabbed your breasts
He said it's a test
And then he said, Gee, your hair smells terricic. I'm running for president. Vote for me, I'm not creepy at all.

Well, isn't that SOOOO insensitive? I guess he just lost the Irish vote.

What does he mean by “roach?”

Hard to imagine what is going through his mind.
I hope he stays in till the end.
He is the gift that keeps on giving.

Joe's 'followers" are claiming it was just "cute", "romantic" and "playful". Others claim that we Republicans can't recognize his adorable playfulness with his wife (ummm, isn't she the one that swatted his "playful gestures' away?).

Add the hairy legs story, the sitting on his lap stories, and the Corn Pop stories and it's clear this man is off his rocker!!

I so hope he's their candidate! 😈

Normalizing the behavior? Dementia? Otherwise, I don’t have a clue.

I honestly believe some Dims are going to have to take Slow Joe aside and tell him his time is over. He is truly embarrassing himself on an almost daily basis. Normally I’d laugh at the old fool, but I think he really does have the early onset of Alzheimer’s or dementia. That’s nothing to laugh about.

He was calling black kids in his lap “roaches”.

No one on TV or radio seems to be to put this together.

Mancow was saying this early this morning on his WLS radio show, even in his interview with Diamond and Silk. But I wondered if he was stretching things because this would just have to be called out if that's the case. Imagine - for one minute - the outrage if President Trump made such a remark.

Mark Steyn was hilarious about “No Malarkey” last night on Tucker Carlson’s program. Explained it as a Ukrainian (or was it Russian?) agent named Noma Larki.