You might be asking yourself ‘what took him so long?’ but the answer is painfully obvious – the same thing that prevents our own country from building the wall and closing the border: liberalism and political correctness.

Sweden appears to finally be waking up to the insanity of it all, unlike Michael Bloomberg. The Democrat’s latest wannabe-come-lately has just apologized for the effective crime stopping ‘stop and search’ policy in place while he was mayor of New York. With absolutely no acknowledgment of it’s effectiveness, but such is the nature of pandering.

Which leads me to this week’s non-politically correct multi-culti lesson: Profiling Saves a Lot of Time.

Just ask Sweden if you don’t believe me. 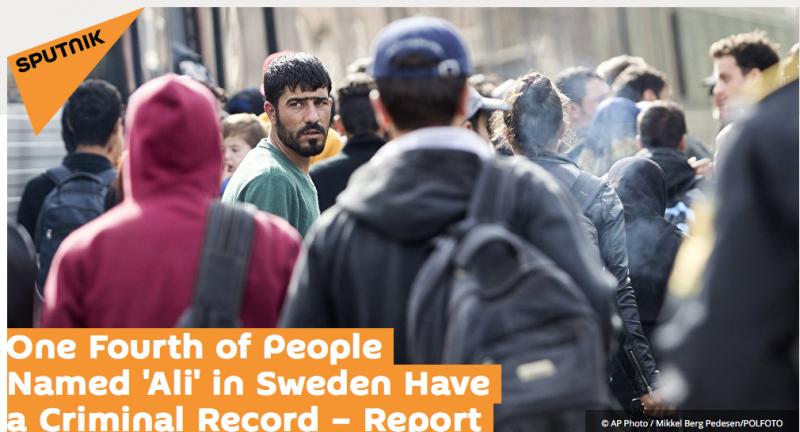 Profiling may likewise save lives but that’s something our betters seem less concerned with than pandering to the woke and the indoctrinated.

profiling: hunting where the ducks are

US citizens lost respect for the TSA when they old White women in wheelchairs being frisked by the agents at airports. Sweden becomes majority Muslim within 20 years. It’s pretty much time to forget them, they’ve lost. The lovely Swedish girls will soon get to live the wonderful lifestyle of the ISIS brides.

The rest of Western Europe should be able to hold out a bit longer, but unless they take some seriously drastic steps, they’ll lose too.

I’m now MUCH MORE INTERESTED in whether Eastern Europe can hold out - so far they’re doing well, but a few bad elections, and they will be flooded too.

The only thing they are ‘waking up’ to is the fact that Swedish voters are abandoning his party along with the other ‘mainstream’ ones and flocking to the Swedish Democrats. If it wasn’t for the fact they are getting decimeated in the elections they’d have carried on with this shit and accusing everyone with concerns as being nazi racists. If I was a Swede I’d be telling them to go and fk themselves trying to get my vote back.