Whether we admire & support this President is irrelevant, the sheer contempt for our sensibilities and American ideals by Democrat operatives is appalling. I’m hardly a drama queen, however, this is actually disturbing me.

I can honestly say, that before the election of our 45th President, Donald J Trump, I was disgusted with both our Democrat and Republican leaders. I had invested several decades into vexing the convoluted swamp of Washington politics, in a feeble attempt to make sense of it all.

I’d concluded that both parties were venerating the same master, making it appear that we actually had a choice. D & R’s were corrupt globalist shills, pimping out American sovereignty. I’m not sure anything has changed.

However, real or imagined, President Trump was a breath of fresh air and perhaps that is why so many elected officials from both parties were so vehemently opposed to his reign.

Even the Republicans who support him now, do so out of political expediency. When Trump finally succumbs to this malevolent envenomation by the Democrat snakes, most Republicans will leave him in the dirt.

The Republicans seem suspiciously absent and rarely defend Trump with a fraction of the vigor that the other side applies to despise him.

The latest contrived crime to seeth from the spiny lip’s of Democrat weasels is merely a vapor, another aberration, another heap of shit thrown on the wall that can hopefully stick.

Democrat’s have been frantically thrashing around for a lifeboat since day one of this Hillary free Presidency. I’ve never observed such desperate measures to fraudulently overturn the will of the people in my lifetime, it speaks volumes.

Over the past several days’s a litany of B actors from the Democrat propaganda wing attempted to force Americans to validate hearsay and subjective accusations as bonafide fact. Nancy Pelosi flagrantly dissimulates the truth, she’s paid a fortune to wrinkle that face with sincerity.

We cannot escape the trappings of their elaborate hoax even if we try. The fact is, Americans are being main-lined mendacious information on such a massive scale that it seeps into even the most guarded cortex, to one degree or another.

Shockingly, the National Media is an unexpendable component, complicit in this treasonous coup. Make no mistake, the Democrats are engaged in a coup designed to unseat a sitting President who has(intentionally or unwittingly) interrupted decades of unimpeded corruption from both sides.

The National Media not only ardently peddles their concocted narrative, but they also help script it and zealously sell it. Refusing to call out Democrats about obvious inconsistencies and erroneous claims.

As I finish this short rant the Democrats continue to saturate major television networks with orchestrated imputations of “shakedowns”, not deviating one inch from the accusatory scripted lines.

One last thought: The Democrats are going all in, they have cosigned this culture of corruption that infects our very foundation.

This applies in spades to Flimsey Grahamnesty.
It’s only because he has to run for re-election at the same time as Trump.
He has been one of the leaders of the Amnesty Senators trying THREE times since 2006 to pass an amnesty for illegal aliens that would complete the Bush Plan for North Mexico (aka USA).

The fundamental transformation of our country into North Mexico against the will of the citizens has been the biggest bipartisan project of Fedzilla of the past thirty years.
It’s Trump’s threat to their life’s work that causes the hatred.
They do not want us to stop, disrupt or reverse us losing our country.
They had us in a box, voting endlessly for their amnesty candidates.
Trump changed all that.
He needs to stop endorsing swamp monsters. 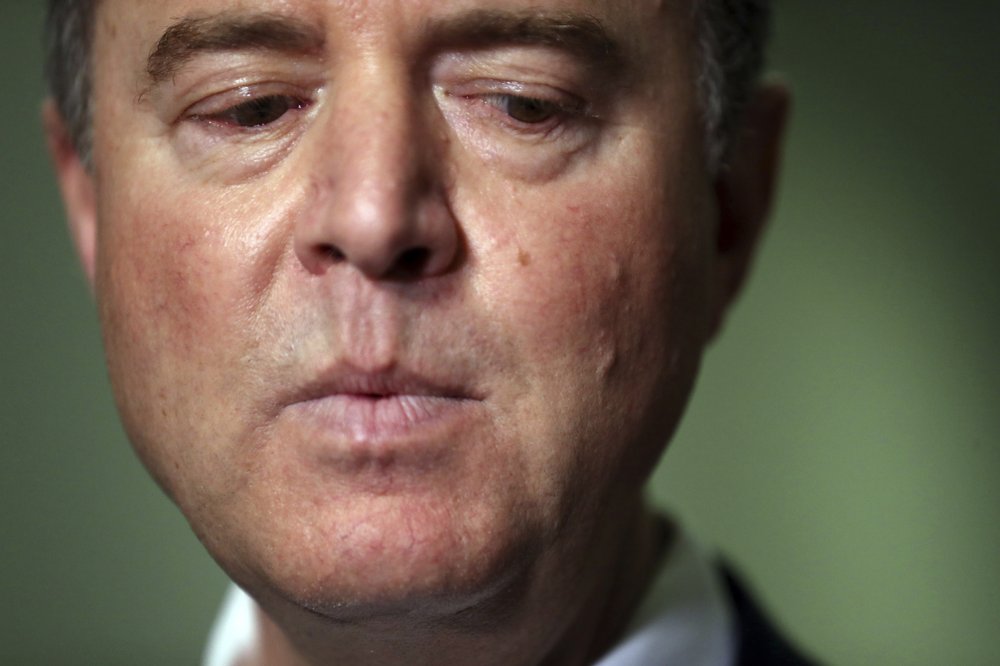 If the unthinkable actually happens, I will not pay taxes anymore. Because there is no representation. I think that’s how the civil war starts.

Right-and this was a long time coming. All the Liberals’ groundless and gratuitous challenges to state and local election results were their dress rehearsals.

‘Republicans’ sat around like half-wits and pretending it wasn’t happening. They ALMOST deserve it!

You will be fined or arrested. That’s not going to work.

Democrat’s have been frantically thrashing around for a lifeboat since day one of this Hillary free Presidency.


Only one correction. They’ve been doing this since election night, six weeks before day one of the Hillary-free Presidency. Besides the recounts in Pennsylvania, Wisconsin, & Michigan—but not in New Hampshire or Minnesota, we also had the effort to turn Trump electors.

Drastically cutting personal spending and confining it to necessities, survival training and survival items will work. But it would require much time and the patience of human reasoning. Government revenues depend on healthy, happy markets.

Another effective effort would be doing everything legally possible to depose lefties from jobs and public participation in our own locales. Give ‘em what they’ve been dishing out.

They’ve been using gossip and false accusations to take conservative men out of jobs without opposition for a couple of generations. Workplaces in services are full of radical fascist talk behind the scenes now, but we can see the kind of people preferred for jobs and public participation. Young men and women are trashing against the President between each other in those places (word from young people over the past few years).

The Republican power brokers didn't sit around, they negotiated better percentages of the graft and corruption gravy train in return for sitting out the challenges.

This country is corrupt to the same degree third world chitholes are and the Clintons paving the way for US industry to rush to China in order create as many dependent people as possible was the start of the corruption spreading to all politicians great and small rather than being confined to mostly the very highest levels of State and Federal government.

China is their ideal, a one party State with wealthy, comfortable, political families playing musical chairs with roles through the generations.

After all, under Clinton the Republicans were more anxious to get better seats at the pig trough than to have Newt and DeLay actually deliver what they promised, so isn't this impeachment the same thing with just a list of Senators to pay off rather than members of the House?