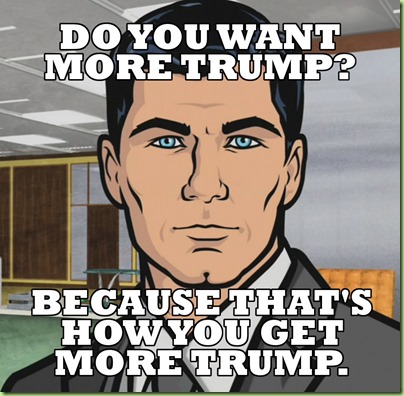 If you have ever done a Google search for anything related to Trump you know how biased the entire  internecine world of internet technology is; 90% of the first 20 pages of results will be anti-Trump. From search engines to social network platforms the tech world is pro-progressive and anti-conservative. And they can’t believe that it didn’t work in their favor in the last election. I’ve got bad news for them: it’s not going to work in the next one either. Why?  David Catron explains:

In Reagan’s America: Innocents at Home, Garry Wills described the 40th President’s relationship with the voters as “a kind of complicity,” implying that Reagan and the electorate had colluded to commit some sort of crime. The offense was, of course, their mutual refusal to imbibe the propaganda ladled out by the liberal establishment and the media. This defiance caused Reagan and his supporters to be written off by their “betters” as a collection of cretins. History proved precisely the opposite, but the Beltway brain trust never absorbed the lesson. They are thus repeating their error with President Trump and his supporters.

Citing credentialed journalists such as the NYT’s Charles Blow:

Republicanism is Trumpism, with no daylight between them. Traditional Republicans are now afraid to stand on principle because they do so at great peril of being drummed out of politics. The voters are now Trump’s noxious base, ergo Trump holds each of their fates in his hands.… Viewed that way, Trump’s base itself becomes the enemy of the Republic.

and the Washington Post’s Dana Milbank:

Trump and his Fox News-viewing supporters dock their spaceship in a parallel universe where truth isn’t truth. At Tuesday night’s rally in West Virginia, Trump’s irony-challenged audience could be heard chanting “Drain the Swamp!”… Republican lawmakers fear that with 87 percent of Republican voters backing Trump, crossing him is political suicide.

who mocked attendees of a recent Trump rally as toothless ‘garbage people.’

he describes the contempt they hold for people who don’t think the same way they do. So much for diversity.

All I can say is I hope the 4th Estate keeps up the good work.