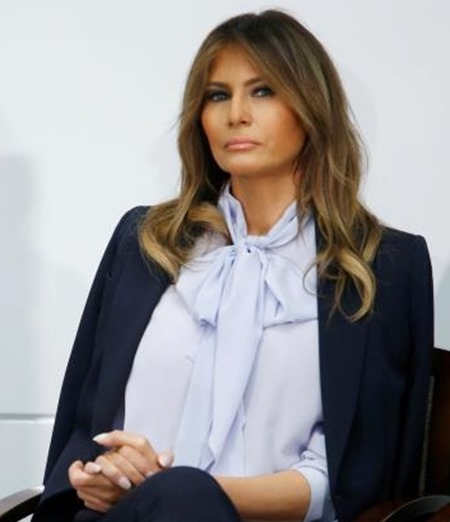 CNN weighed in on Melania’s cyberbullying campaign in the predictable manner: Is Melania Trump trolling her husband? The ever venerable New York Times followed suit a day later with an opinion piece by Frank Bruni (former NYT restaurant critic turned social/political columnist) titled “Melania Trump Could Be Our Greatest First Lady Ever” which posits oh-so-cleverly that Melania may be – wait for it – trolling her husband!

The premise is that Melania is a) a hypocrite, b) a Stepford wife, or c) conducting a passive aggressive attack on her husband. I can’t and don’t recommend you read either of these sophomoric offerings but I will say that  the real pay dirt is in the comments section of the NYT piece. There, amongst the spittle and animosity, lies an irrational, psychopathic enmity. Burdened by such rancor and malice it’s hard to imagine these people getting anything done in life other than ranting.

Not that I can’t relate on some level. Lord knows we had our share of dark days during the Obama occupation as the fundamental Transformers set about turning America into a socialist paradise. But at least we tried to laugh about it as we did our best to cope while planning their ultimate takedown. These people are not having any fun at all. Their manic rantings contain no cleverness, no creativity, no originality - just more tired accusations, kvetching, and malignant ill-will towards the President – all of which they they project unto his FLOTUS as well. It’s textbook psychopathy.

And as for the cyberbullying, nobody does it better than CNN and the New York Times so they can just shut up about it. In fact the entire media establishment along with the swamp masters who are aiding and abetting them should take the advice of their Black Jesus idol:

"You don't like a particular policy or a particular president? Then argue for your position. Go out there and win an election. Push to change it. But don't break it." - Barack Obama October, 2013

Of course Barry didn’t really mean that, and neither do I. In fact, to paraphrase the great Rush Limbaugh, I hope they fail. 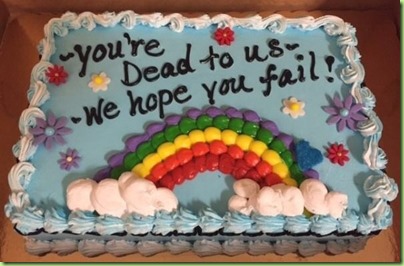 Starving our school kids was better I guess.

Last week, CNN ranked below Pawn Stars for tv viewers The week before it ranked below Ancient Aliens. If it weren’t packaged on your cable lineup, they’d be out of business.

As with so many words, the left has worked to tweak the definition of “bullying”. It no longer means anyone using intimidation to force someone to do a certain thing.

In the true definition, Trump is not a bully. He is simply refusing to be bullied and stands up to the bullies.

With the new meaning, anyone who stands against leftist goals is a mean bully. Anti-bullying campaigns in schools (not FLOTUS’s worthwhile initiative) are a prime example. The policies in schools have resulted in certain people being untouchable in their obnoxious behavior, while any student who disagrees, typically students with conservative and/or Judeo-Christian beliefs, are labeled “bullies” and face consequences even when they are the victims of bullying in the first place.

It’s the same with Trump. The bullies are frustrated that they can’t force him to do their bidding and livid that he calls them out on their bully tactics. They then label him a bully.

Just a pointer for those who haven’t yet cut the cable, and think that maybe they can’t.

Verizon offers basic, basic cable with their FIOS internet, for an extra $5 a month.

I currently have internet and the 6 local stations in HD for $61 taxes included.

Great way to get your local sports and basic programming without feeding CNN/MSNBC, etc...