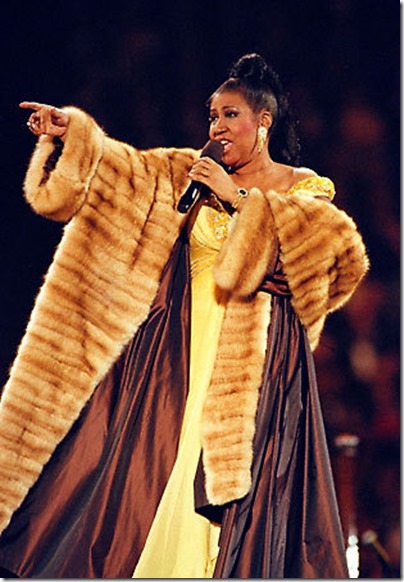 Beyond the music itself, the moment everyone talked about after Franklin’s performance at the Kennedy Center was the way, just before the final chorus, as she was reaching the all-out crescendo, she stripped off her mink and let it fall to the floor. Whoosh! Dropping the fur—it’s an old gospel move, a gesture of emotional abandon, of letting loose. – Soul Survivor

Ah, such sweet sadness; the lights in Detroit - which only recently began to glow a bit again - will be a bit dimmer tonight as the curtain comes down on one of Motown’s great ones. Aretha’s unbridled talent put all the autotuned, sexualized, humping female contortionists that pose as singers today to shame. The kind of talent Franklin had couldn’t be created by packaging and promotion departments like they are these days. She was the real deal, the once-in-a-century phenomenon that people will listen to, study and emulate for another 100 years. She could sing anything: gospel, soul, pop and jazz standards – like this from  a very young Aretha: 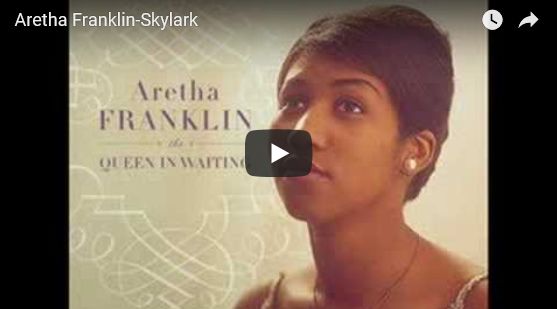 And this from the Sam Cooke songbook speaks to anyone who has fought through life’s struggles – black or white. 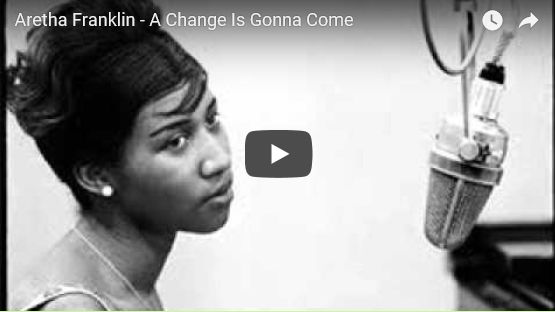 And yes, Aretha even tackled opera, not just because she could but because she loved it. Although not a “trained” opera singer she worked with a voice coach in order to do a stand-in performance of Nessun Dorma for Pavarotti at the 1998 Grammys. She performed the aria several times subsequently. While the earlier renditions were certainly more powerful, as both age and cancer eventually took their toll in range and stamina, I find this restrained 2015 version far more moving. It will make you weep, if you have a soul; and if you are a fan of Miss Franklin you most certainly do. 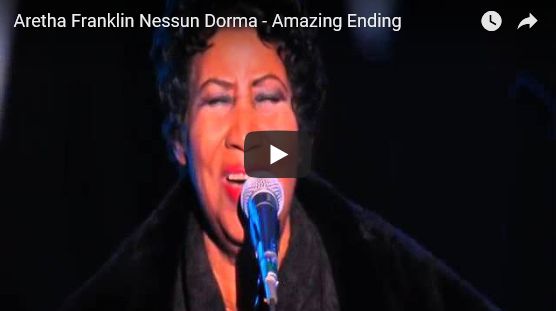 Rest in peace dear lady. Surely in time someone will be sent to take your place, for God is generous that way, but there will never, ever, be another Queen of Soul. For they say when Aretha arrived at the pearly gates she did not join the chorus of angels - they were her back up singers. I believe. 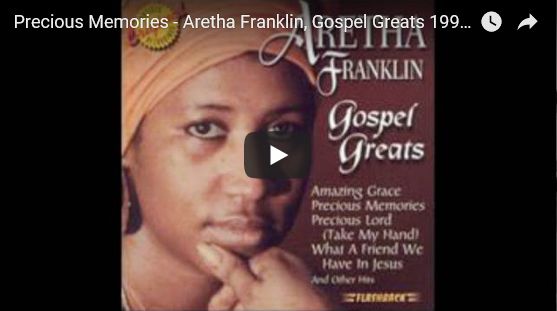 In the stillness of the midnight
Echoes from the past I hear
Old-time singing, gladness bringing
From that lovely land somewhere.

As I travel on life's pathway
Know not what the years may hold
As I ponder, hope grows fonder
Precious memories flood my soul.

Yours in the first remembrance that I’ve seen or heard to mention gospel but she got her start singing with her preacher father.

And she could play piano and sing at the same time although I’d never seen her play piano until I ran across a clip from the mid-60s yesterday. 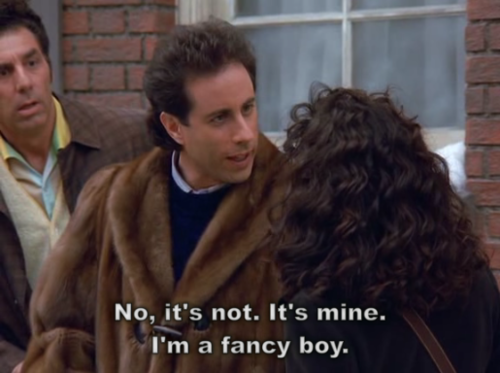 Praise, praise, praise.
What? Are the democrats gonna run on the Aretha ticket this fall?

RIP beautiful Aretha. One of the all-time greats!

I have recordings of all great operatic singers (and some others) performing Nessun Dorma.

She was equal to all, and better than most!