We are off to a niece’s wedding today so I’m posting this oldie from MOTUS’ Deep Vault - 2014 to be exact. This was before The Donald rode down the escalator and into the Twitterverse, single-handedly raising Tweeting to a new art form: truth-letting in 140 characters or less. Back in those dark days most Tweets were superfluous at best and annoying at worst. Their overall poor quality generated this reaction from our too-soon departed compatriot, GreetingsFromYonkers, which in turn inspired me to create a new game: Tweet Like Your Favorite Famous Person.

In case you missed it, GreetingsFromYonkers posted an insightful comment late Wednesday night on the limitations of Twitter in a semi-illiterate age:

It's the 140-character limit. Frankly, most people are not literate enough to work around this roadblock, which calls for exceptionally high vocabulary and syntax skills. Thus tweets end up being an incomprehensible mélange of clichéd abbreviations, or extremely superficial.

Let's all close our eyes and imagine what Twitter would be like in the hands of Dorothy Parker: a weapon of mass destruction! Can you imagine her tweeting this on September 15, 2008:

LEHMAN BROTHERS IN FLAMES. DID NOT KEATS WRITE "OZYMANDIAS" FOR EXACTLY SUCH AN OCCASION?

Jesus would have been a natural on Twitter too. His philosophical statement that became the cornerstone of Christianity, the Golden Rule, is also less than 140 characters.”

And then, yesterday, Sowsear posed the quintessential DP question: “What fresh hell is this?” I took the arrival of two Parkerisms in less than 24 hours as an omen of some kind, so I’m rolling with it; let’s all play “Famous People’s Tweets.” I see multiple ways to construct this; you can recycle famous people’s exact quotes as retweets on current events – let’s use one of Dorothy’s for illustration purposes (and speaking of illustrations, the use of a picture with your retweets is optional, butt welcome). 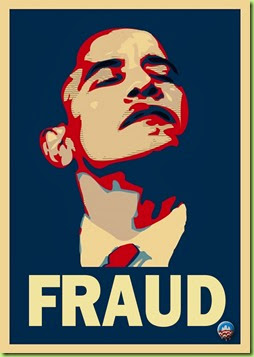 “Look at him, a rhinestone in the rough.”

Or, you can re-write a famous person’s original quote to suit current events. For example, Ernest Hemingway, commenting on the ease of tweeting: original quote: “There is nothing to writing. All you do is sit down at a typewriter and bleed.”

The 21st century retweet translates to:

#TweetingYourThoughts: “There is nothing to #tweeting. All you do is grab your #SmartPhone and #Bleed.”

Alternatively, you can use the style of a famous person to tweet on current events; Winston Churchill on #StopTweetingNow:

Or perhaps e.e.cummings on the demise of proper grammar in the Twitterverse, #usepropergrammar

Or, equally fun, take a famous person’s actual quote and repurpose it into a similar but more contemporary observation; F. Scott Fitzgerald original quote: “You don't write because you want to say something, you write because you have something to say.”

Okay troops, carry on: this could get interesting. 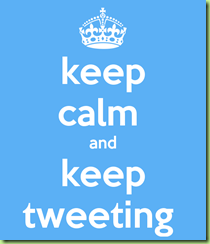 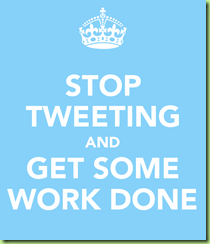 Thanks, Yonkers! What a #GreatIdea!

P.S. This was one of GreetingsFromYonkers’s contributions to the game, from the comments:

Like Janice the American Elder, GFY is sorely missed. RIP.