Just when you thought restaurants couldn’t get more pretentious, along comes Vespertine, a “place of shadows and whispers.”

A restaurant poised to disrupt the space-time continuum, a self-described “spirit between two worlds,” Vespertine is, according to its website, “from a time that is yet to be.” 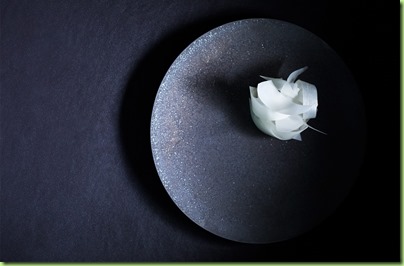 And it seems racist as well  Posted from: MOTUS A.D.

Good luck to this.....I go to a restaurant to eat & if that experience isn’t good,I don’t go back.

“Our décor is from fifteen years ago, our food is from last week, and we serve it to you in hour in the future.”

Sounds like the guy is ripping off Heston Blumenthal now, before, and possibly the future.

Sounds like a place to be studiously avoided so as not to be seated next to pretentious snowflakes facebooking what passes for Haute Cuisine and later to get my wallet raped.

Milliways. The restaurant at the end of the universe.

bullshit can only string a fad along for so long.

with bad incompetent food, a restaurant’s days are numbered.

Speaking of BS, well, just the “S”, were you referring to that toilet-motif restaurant in LA?