What happens when a country’s super-secret spy agencies are filled with liars, dirty tricksters and #Resisters?  They will trip over their own stories, lose key “conversations,” misplace or otherwise refuse to divulge important documents.

Ultimately they will reveal themselves for the nefarious, lying weasels they are. The only question is will the MSM report it?

Not if they have anything to say about it. As inconvenient facts gurgle to the surface… 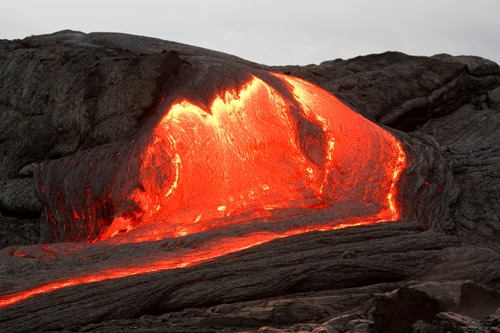 the MSM is busily ignoring them as they calculate how best to shift the narrative from “collusion” to “coverup” in delirious hope that somebody embedded in the Deep State’s war on America will concoct something, anything that will stick.

SEND IN THE JELLO!

That’s all they’ve got, and they don’t have that either, so the next few weeks and months should be interesting. And I predict it will provide material for decades – if not centuries - to come for students of history, journalism, political science and ethics.

But as of right now the story about Deep State launching an illegal search and destroy mission against the political candidate promising to eliminate Deep State is not a story. Because with the MSM nothing is a story until they say it’s a story. By refusing to do so the media cabal further implicates themselves in the conspiracy. 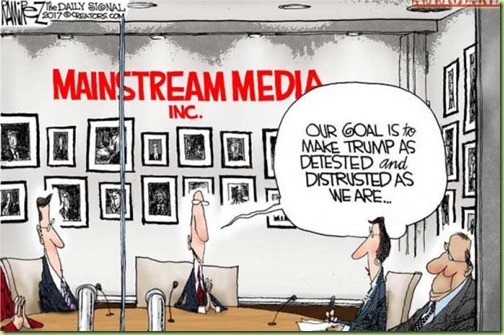 That will never happen

This may prove a good time for everyone to revisit their mission statements.

The Mediacracy depended on the Deep State to prevent any real reforms from taking place.

The whole idea of a Deep State is part of Progressive ideology. In the early 1900’s Progressive theorists swooned over the powers of “administrators” to change the nation and do what the Progressives wanted without Constitutional constraints.

The glorification of the Deep State is in Progressive’s DNA.

Here is a mission statement to chew on: Replace the oligarchy of the most powerful geopolitical entity in the history of the world with a true representative government without breaking a single law or shedding a single drop of blood.

It is what our Constitution was designed for. Let’s use it.

The Fourth Estate has long been the storied Fifth Column.

The news media cartels need to be broken up.

None citizen ownership of our media needs to be forbidden. No front company ownership should be allowed. Only direct human ownership. Give foreigners and front companies a month to sell then foreclose and auction off like real estate.