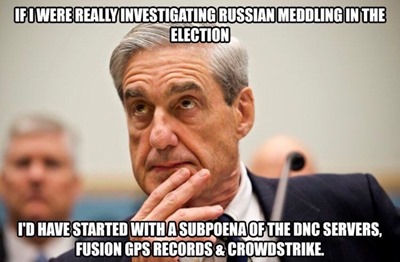 Do you need any more evidence to confirm that the Special Counsel is conducting a witch hunt intended to entrap VSGPDT?

No, you do not. Even the Never-Trumpers have figured this out. 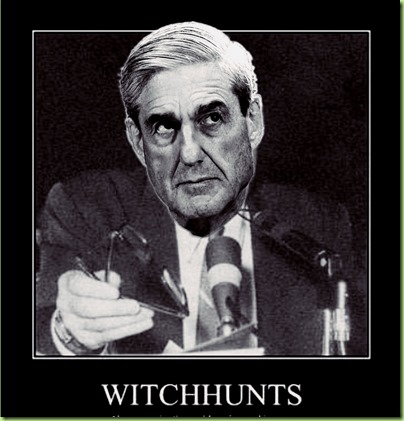 Trying to overthrow the duly elected President since May, 2017 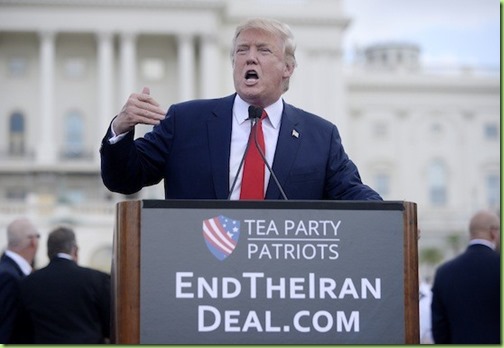 We’ve got much bigger fish to fry and your sedition is not helpful.

President Trump, De-Classify everything regarding Uranium One and Whitey Bulger. Give it all to the US Attorney to take to a Grand Jury. He should have multiple indictments for Bribery, Seditious Conspiracy, and Treason for a whole lot of high pollutant people.

Agree to the face to face with Mueller. Walk inm and ask him if he has heard the latest News about Hillary, McCabe, Comey, Brennan,. Clapper,.... when he looks at you and says NO, what dop you mean? Inform Him they have ALL BEEN INDICTED AND WERE ARRESTED THIS MORNING FOR TREASON!! Here is YOUR INDICTMENT for the TREASON, the US Marshall’s are outside waiting to take you into Custody. Upon Conviction ALL OF YOU WILL BE EXECUTED IN PUBLIC!!!

There was collusion in the election of 2016. It involved Russians, a British ex-spy, law firms, FBI agents, DOJ attorneys, an FBI director that prejudged evidence, an Attorney General that had an unethical meeting with the spouse of a target, FISA warrants obtained on faulty information that stemmed from political sources, a Deputy Director whose wife received monetary support in an election, an FBI director who lied to Congress, an FBI Deputy Director who lied to the Justice Department’s Inspector General, loads of classified materials that were mishandled and criminally passed to those without clearances, and partisan hacks spearheading inquiries aiming for political outcomes. The scope of this collusion is overwhelming, the attempts are a damning indictment of political operatives that have lost all integrity, and sadly an administration, a major political party, and agents of a deep state that attempted in a wide sweeping number of ways to undo an election that they lost.

"We are talking about a massive conspiracy to take down a sitting US president that covers most branches of government, media and several foreign governments. Government officials were using burner phones and non-government emails, our spy agencies and foreign spy agencies to maneuver around US laws. I do not think people understand how huge this is. Trump was right when he said this election was the last chance to save the US." (Thanks to Lady Heron!)

Sedition is easier to prove and document versus treason, like with their own words, emails on the internet or videos of them actually committing or conspiracy, acts of Seditious conspiracy in violation of US Code, like this mia Culpa by these FBI/DOJ maggot infested thugs.