What is it about people who always have to make everything about them? Like the time Barry celebrated the 58th anniversary of Rosa Parks’ famous bus ride by posting a picture of himself looking pensively out the window of a bus. 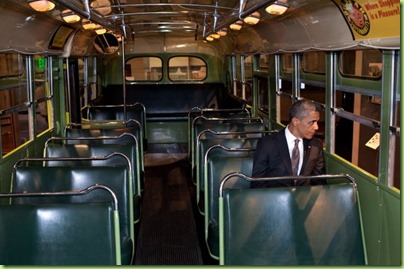 And the time he marked Neil Armstrong’s passing by posting a picture of…himself, staring off in space like some moonstruck ninny. 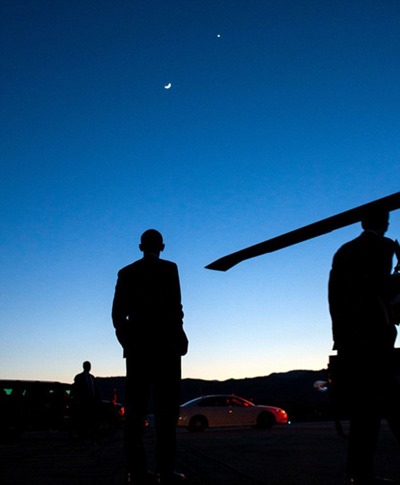 And then there was Lady M who made absolutely every event for young girls she spoke at (rather sexist, really, excluding boys and all) an opportunity to tell them about her tough life and how she prevailed. Whether she was whining about nobody showing her where all the secret trap doors were or bragging about how she got into Princeton by shtudying hard, the story always came back to her. And she’s still at it, telling a group of kids  at Wednesday's College Signing Day in Philadelphia:

"I know you are me, and if I can be standing here as your forever First Lady, then you can do anything you put your mind to," she said.

“We have such high hopes for you. See, I am not one of those doubters. I know that you have everything it takes to succeed,” Obama said. “I know you are me, and if I can be standing here as your forever First Lady, then you can do anything you put your mind to.”

“Your forever First Lady,” seriously?  I see Our Lady of Perpetual All-About-Me hasn’t missed a beat in the fashion icon department either:

And speaking of former-first-ladies-who-would-be-queen, how about that Hillary gal, huh? She’s still adding reasons to the never-ending-story of “What Happened.” Most recent addition to her list was the fact she was coerced into saying she was a capitalist.

Hillary, looking for all the world like a hostage at the “Shared Value Leadership Summit”

Apparently they acknowledge the fact that most Democrats are now socialists. No wonder she had to cheat in order to snatch the primary away from Bernie, who once thought “the American dream is more apt to be realized in South America, in places such as Ecuador, Venezuela and Argentina.”

And get this: even Crazy Bernie isn’t socialist enough for the base anymore, coming in third behind the likes of Elizabeth Warren in a recent poll for 2020 candidates. No wonder he’s proposing a guaranteed job to anyone “who wants or needs one.”

Sanders's jobs guarantee would fund hundreds of projects throughout the United States aimed at addressing priorities such as infrastructure, care giving, the environment, education and other goals.

A representative from Sanders's office said they had not yet done a cost estimate for the plan or decided how it would be funded, saying they were still crafting the proposal. 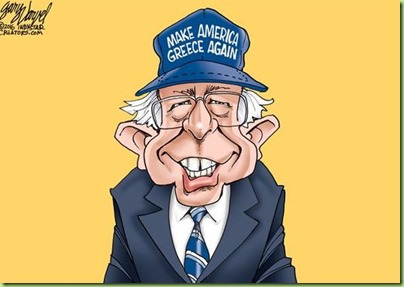 But since we all know that many people will not want or - thanks to generous welfare programs - need a job, it will be funded primarily through debt. Bernie has just blown past South America and is doubling down on the Greek economic model where employment is at 100% thanks mostly to perfunctory government jobs and where efficiency peaks somewhere around 40%. 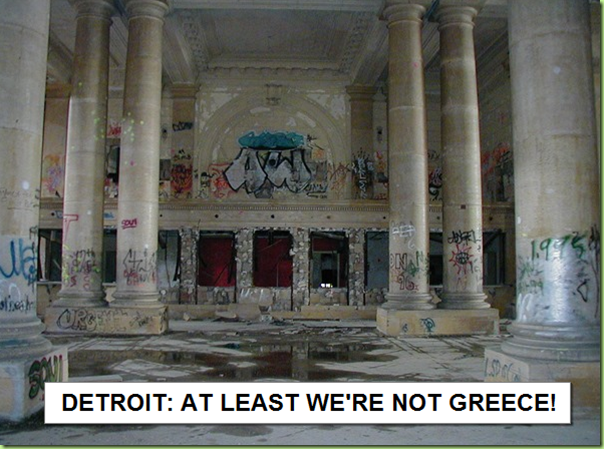 I leave it to you to provide the Melania pictures this week.

TOPICS: Humor; Politics
KEYWORDS: berniesanders; hillaryclinton; obama; trump
1 posted on 05/04/2018 7:38:06 AM PDT by NOBO2012
[ Post Reply | Private Reply | View Replies]
To: NOBO2012
Barry. Sitting in an empty bus that is parked in a garage, pretending he is going somewhere. The 'pretend' President.

It is doubly bad that even in his little fantasy ride no one wants to sit with Stinky.

That’s an old bus. Probably in some transit museum.