While the wheels of justice turn slowly (just in: Cohen can review seized docs but judge will decide who vets what investigators can see) the economic engine just keeps rolling along: 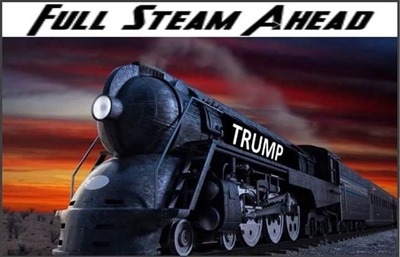 Kroger sweetens employee benefits as it moves to ramp up hiring

Kroger announced Monday new investments in employee benefits, education and wages as retailers across the board are spending more on their employees to keep pace in a tighter labor market.

Last week, Kroger said it planned to hire for 11,000 new positions, including 2,000 management roles. At that time, it said would invest $500 million in associate wages and training and development over the next three years.

The grocer has attributed the investments to more funds as result of recent tax law changes.

I know, I know - it’s Kroger: and it’s just crumbs. But it is a darned sight better than the economic news that  emerged routinely during the Obama Occupation. In fact, 8 more years of Obama-era policy and we might be reporting the same kind of news as Venezuela’s:

Despite having the greatest oil reserves in the world, Venezuela’s government is being forced to spend millions of dollars a day importing crude to prop up its ailing industry.

“One of the craziest things is that a part of Venezuela’s imports is for the domestic market, but given its price, they practically give gasoline away for free. They are importing barrels that cost $80 to $90 and selling them at $0.”

But surprisingly that never seems to stop people from giving it another try. 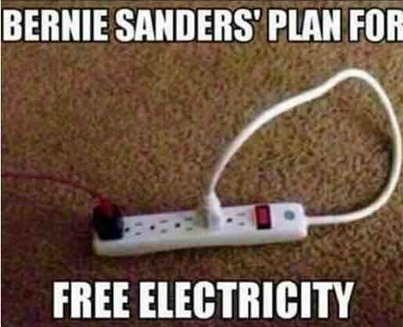 Electricity so cheap you can’t afford to meter it!

This should be a big campaign issue for the midterms and beyond. Every single Democrat voted against the tax law which is producing such great benefits. If you vote Democrat, you are voting for someone who will undo such great news.

If that infrastructure spending gets going, on top of tax and regulatory relief, we will see a solid 5% GDP growth for as far as the eye can see.

Inflation will pick up of course, but normalizing interest rates will keep a lid on that I suspect.

A lot of savers are dying for the days of 5% passbook savings rate at the bank again.

They desperately want to get rid of Trump before the American people realize how successful and beneficial his policies are.

They want to go back to the cheap labor high welfare policies so they can control your life.

I have a theory. 10 or even 15 years ago, the Internet was nothing like it is today. Social media abounds, and every human being with a phone and an Internet connection has an opinion that they make very public. Those of us who have lived through the last few decades have been bellowing about how bad socialism truly is, but our voices have been quashed by the media and painted over by globalists.

Nowadays, socialism is on full display across the globe: Venezuela, Cuba, China. And social media as well as Internet-based news outlets such as Drudge show the consequences of garbage social policy. It’s hard to truly “snow” the voting populace anymore, because news is distributed widely.

I believe in the next decade and beyond, the true consequences of socialism, communism, and globalism will start to show in a very big way and in ways that cannot be ignored. As the youth who are coming up to voting age take notice, I believe they’ll realize the error of Democrat policies in this country, and we’ll continue to see populist, semi-conservative views blossom in this country.

7 posted on 04/17/2018 7:57:37 AM PDT by wally_bert (I didn't get where I am today by selling ice cream tasting of bookends, pumice stone & West Germany)
[ Post Reply | Private Reply | To 1 | View Replies]
To: rarestia
But for the people demanding socialism here, they have yet to feel it. And we all know it's feelings, their feelings that are so important to the world.

THEY must personally feel the pain to be able to make better decisions.

It sounds like we need a “gofundme” to get some “progressives” on an all expense paid vaca to Venezuela.

Warning: it could be a one-way ticket! 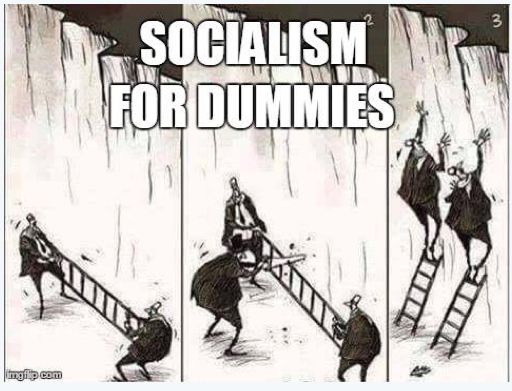