When Andrew Klaven first pointed out that the Left’s preferred way to end an argument was by yelling “Shut Up!” we smiled in recognition. Then the wheels of the train began to roll: the IRS denying non-profit status to conservative groups, college campuses demanding conservatives be “de-platformed,” Facebook, YouTube and Twitter shadowbanning or blocking posts and posters they found to be “dangerous to the community.”  Now they’re back with a new a tactic in the war to get us to Shut Up! – they will vanquish us. In the article The Great Lesson of California in America’s New Civil War they acknowledge that this is a war and that we must be crushed: “Why there’s no bipartisan way forward at this juncture in our history — one side must win.”

Here is Mr. Leyden’s basic premise: the country is so bifurcated (and the conservative side is so evil and archaic) that enlightened Progressives can no longer entertain the concept of bipartisanship. The only way FORWARD! is by crushing the Right – just like California did. 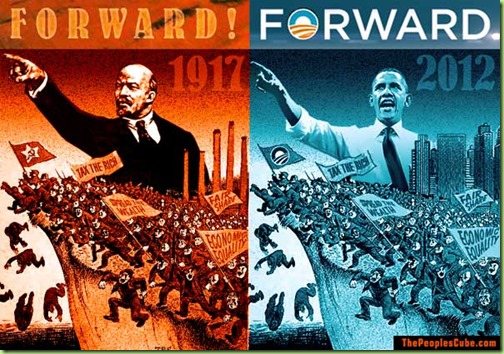 The solution for the people of California was to reconfigure the political landscape and shift a supermajority of citizens [ed: note the roll illegal voters play in establishing this “supermajority”] and by extension their elected officials — under the Democratic Party’s big tent.

California today provides a model for America as a whole. This model of politics and government is by no means perfect, but it is far ahead of the nation in coming to terms with the inexorable digital, global, sustainable transformation of our era. It is a thriving work in progress that gives hope that America can pull out of the political mess we’re in. California today provides a playbook for America’s new way forward. It’s worth contemplating as we enter 2018, which will be a critical election year.

Notwithstanding the fact that California’s track towards socialism has never, in the entire history of mankind, worked in the long haul Leyden still lobbies for the socialist revolution that is sweeping through California be carried to the rest of the land. “California today provides a model for America as a whole.” 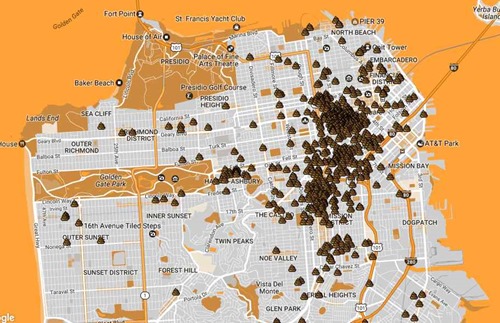 The Wasteland Map of San Francisco

Indeed it does: if we discard the classical liberalism that this country was founded on. If we ignore the fact that the Founding Fathers put full faith in reason when crafting the Constitution, Bill of Rights and institutes of government and go instead with what feels good and right at the moment you will indeed get California: restricted individual rights and more government control. Shortly thereafter you will get Europe, and shortly after that, Venezuela.

If we can get people to remember that the U.S. Constitution is a limitation on the Federal Government, not on individual rights we might still have a chance. So perhaps we can learn something from Mr. Leydon’s essay. And perhaps we can learn even more from Twitter’s enthusiastic support for 'Civil War,' Wiping Out The GOP, And How We Should Be Like CA. 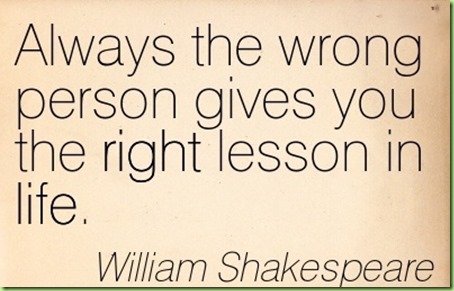 Can the rest of us normal, patriotic US states just declare war on California???? Apparently, they have declared war on us. . . .

2 posted on 04/09/2018 8:04:10 AM PDT by RatRipper (Unindicted co-conspirators: the Mainstream Media and the Democratic Party)
[ Post Reply | Private Reply | To 1 | View Replies]
To: NOBO2012
We simply cease to be free when we shut down opinions the loudest of us (the ones who run media) don’t like. I keep telling my older kids how important the old quote is: “I don’t agree with what you say, but I will defend to my death you’re right to say it.” AMERICA USED TO BELIEVE THAT.

Let your enemies speak. It will either show how wrong they are, or allow you to better hone your argument.

If you are on the left, most likely you sucked up your deepest most heartfelt opinions from MAINSTREAM MEDIA (from Al Gore’s movies to CNN to books by academia etc). That means you didn’t ponder all sides before you formed your deepest opinions. So you could use some opposition arguments to hone your own educated opinion.. Expose yourself to the other side. Play chess with your opinion: take your policy goals a few steps ahead.

If you make eating a chicken murder, how will you enforce this? Where will the money come from? Where will poor people get enough vitamin B and cheap protein? How will humans be affected if they can’t eat birds, and will this create so many lawbreakers that will stop caring about other laws? Huh? You didn't think about that.

I remember back in the days before internet, at my university there were the “periodical stacks.” Every kind of newspaper from all over the world had a shelf in this huge part of the library. Fascinating to walk through it and check them out. Until the day I found, in K, the one lone copy of the Klansman. Never been exposed to their thoughts before, grown up in a Holocaust surviving Jewish family. Of course I picked it up and started to read.

The first article was about not allowing your children to go to college, where they would mix with the blacks and Jews. It had an accompanying drawing of a racist caracature of each of the two groups, so hideous. I couldn’t read on. My hands itched to rip it up and I didn’t care how much trouble I’d get into. My family would be proud of me for ripping it. I was about to shred it right there. What stopped me is why it was placed there. There were no piles of issues, just that one ragged paper. It was put there so college students could SEE IT. The writing and drawing were infantile and the thoughts expressed were just mean and lacking in coherency of thought. It was pure and simply an actual racist creed.

It hurt the KKK more by leaving it alone on the shelf to be seen rather than ripping it up.

I wish every young leftist alive now could understand that lesson.

>
I wish every young leftist alive now could understand that lesson.
>

Well, they wouldn’t be LEFTISTS at that point, now, would they? /semi-s

Even though I broke up with Rush Limbaugh, he was right about how conservatism placed against leftism, idea to idea, will always win.

>
Even though I broke up with Rush Limbaugh, he was right about how conservatism placed against leftism, idea to idea, will always win.
>

When the (R)N(C) can’t even show they’ve follow-through w/ their own rhetoric...

And, sorry, ‘conservatism’ means as much as ‘Republican’ to me: AKA The political Pinto\Edsel. Actions w/ RESULTS. I’m quite done w/ the speeches and bloviations.

I hear you. I use the term “conservative” as a reference point but really, I identify as a (female) freedom-revering constitutionalist.