On the slopes, Lindsey Vonn was a bust at the 2018 Winter Olympics.
She arrived here widely considered the best female Alpine skier ever, primed for a gold medal in the downhill and poised to win another medal in the Super-G. She will head home with a measly bronze. – USA Today

I was rooting for her to win the downhill, after all she is an American. Her team mate, Mikaela Shiffrin, had pulled out of that race and with her gone there was no other American in contention. Mikaela was entered in yesterday’s Women’s Combined (downhill and Slalom) –racing against her team mate. Lindsey didn’t make the podium but Mikaela took silver to go with the gold she earned earlier in the games. 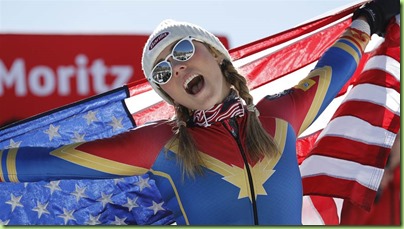 And so Lindsey rides into the sunset a great skiier whose reputation in now tarnished over one stupid, almost flippant, comment she was coaxed into making by a partisan interviewer – such are the times we live in. The Internet amplifies everything and the next thing you know everything is ruined for everybody. Sometimes even if your team wins. These are sad times my friends.

The country is no longer simply ideologically partisan and we’ve blown right past polarized at warp speed. We have settled uncomfortably into a bifurcated country of separate and most assuredly not equal in each other’s eyes. It saddens me that the hatred of some on the Left seems to be oozing over into our side as well; but that is how living down to the least common denominator works.

So let’s just step back and celebrate a few Team USA wins from yesterday: Jessica Diggins and Kikkan Randall - the first women to ever win a medal in cross country skiing did so in grand style with the gold: 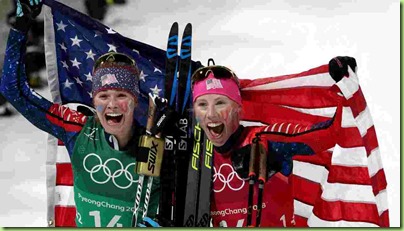 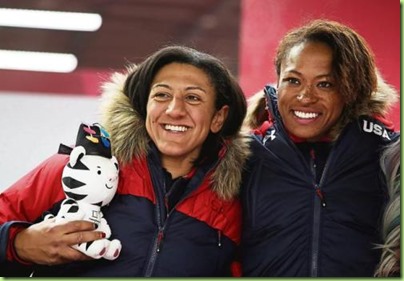 The women’s hockey team won its first gold medal in 2 decades (in a shoot out, ugg, but still…): 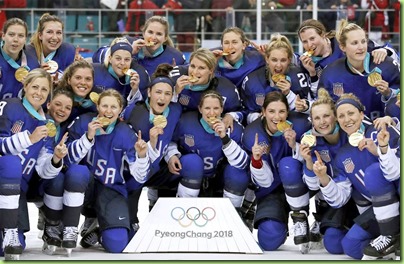 And Jamie Anderson won her second Olympic medal, silver, during the women's snowboard slopestyle event at the 2018 Winter Olympics. 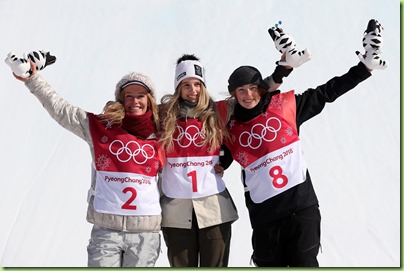 Jamie, left, takes silver to add to the gold she already won 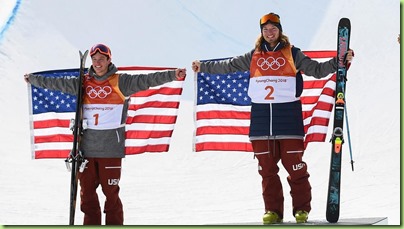 And Red Gerard took gold in the Men’s slopestyle: 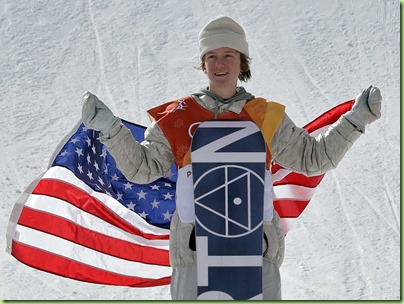 All in all not a bad day for Team USA. And you know what? I don’t know how any of these young people feel about politics in general or President Trump in particular. That’s how it should be. To paraphrase Laura Ingraham: shut up and fly. Someday we will stitch this republic back together and we’ll all be proud Americans again. You guys just keep winning your medals because I for one am not tired of winning yet.

The Olympics are on?

PRIDE comes before the FALL. No pun intended.

“The Olympics are on?

Didn’t they mean something years ago?

To quote Inspector Clouseau: “Not any more.”

I absolutely adore those GIFS...I LAUGH every time I see one with Trump swinging...:)

I know Ann Coulter is persona non grata for many around here, but when she wants to skewer someone, she sure knows how to do it in a pithy and efficient way!

To paraphrase Al Pacino, “We’re just getting warmed up!”

The Left hated me first.