It’s been a long week and I think we could all use a palate cleanser. How about FLOTUS visiting sick children at the National Institute of Health to pass out Valentines and make cookies? 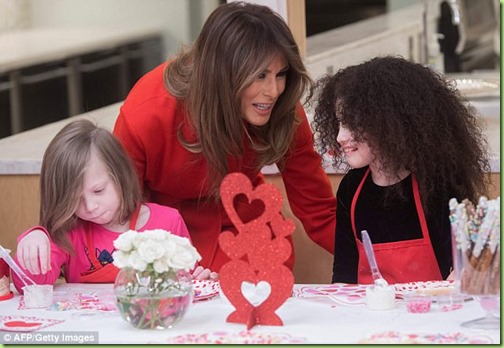 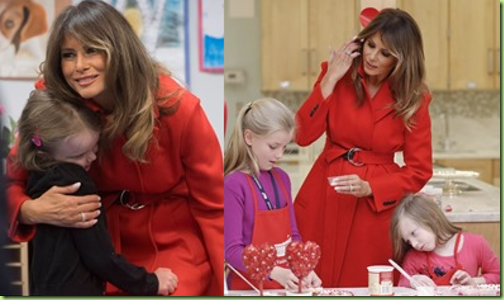 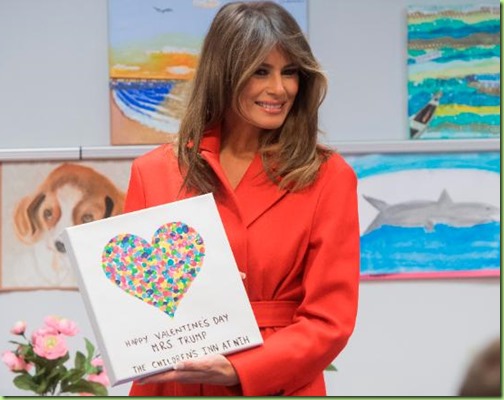 The media coverage was predictable, as usual:

And my personal favorite:

Twitter calls her out for not wishing her husband a happy Valentine's Day.

Because it’s now considered “normal” for the White Houses occupants to send syrupy, publicist written, made-for-public-consumption Valentines to each other? Since when? Oh yeah, since Obama. 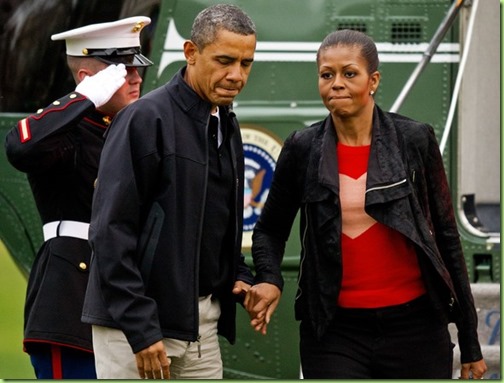 BO and MO, sporting their Valentine’s Day grimaces, demonstrate how it should be done.

In sharp contrast, Barack and Michelle Obama both shared sweet messages to one another in honor of Valentine's Day.

Oh yeah, now I remember: the Obamas used to mess traffic up in D.C. in order to go out for a romantic Valentine’s dinner before jetting off for separate but equal expensive vacations. 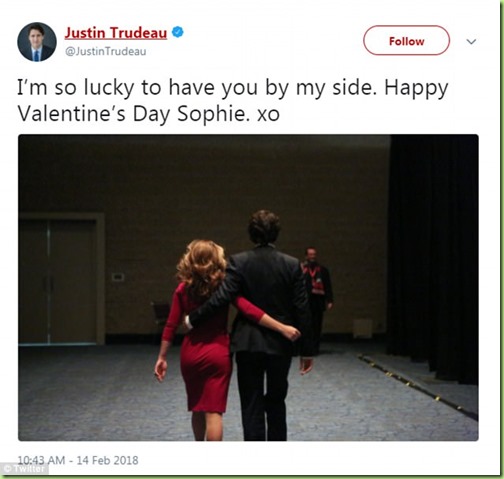 VSGPDJT did receive a lot of Valentines from his fans, but his favorite is the one he got from the media – it’s the same one they sent last year.

Anytime you feel a need to brighten your day, just pull out a pictorial article involving Melania.