Given the outstanding SOTU I thought it might be fun to retrace my steps to become a Trumper. In early 2016 I was still pulling for Cruz, even though I had a nagging sense that he was unelectable in the current climate. By February, looking seriously over the Republican landscape, I began to sense the inevitability of Trump.The election of 2016 was not an ordinary election in ordinary times and we needed a not-ordinary candidate. This February 27, 2016 post - The Lion In Winter Trumps the Sleepers – was an analysis of the Republican field cast as characters in The Lion In Winter:

Think of the GOPe leadership as the Plantagenet King Henry: after his heir apparent was killed, he organizes a gathering of his clan in an attempt to choose a successor among his 3 remaining sons, none of whom he likes all that much and one of whom he despises.

The remaining potential heirs are a bunch of plotting, double-crossing, lying, family members vying for the crown. As the holiday winds on the power shifts back and forth numerous times. In the end however everything is exactly as it was when they began: King Henry decides to throw all the bums out and start over, Eleanor is sent back to prison, the three princes are still squabbling over who shall be king, Princess Alais, Henry’s mistress, is still caught in the middle, and Henry still has no clear successor.

The movie dialog is delicious. I found myself recycling some of it for the benefit of today’s race for the crown. 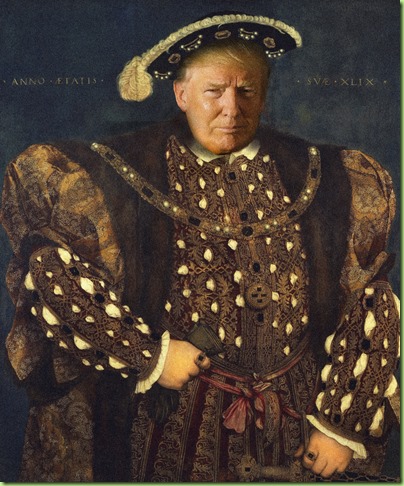 Henry II: Oh God, but I do love being king! 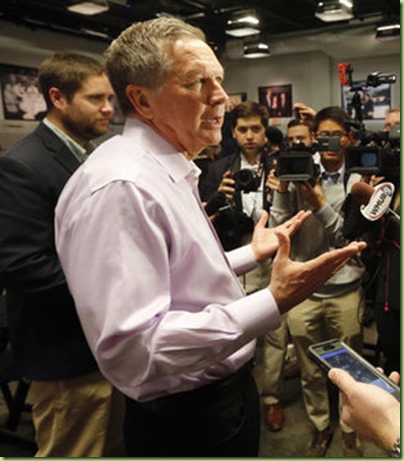 Prince John: Poor John. Who says poor John? Don't everybody sob at once! My God, if I went up in flames there's not a living soul who'd pee on me to put the fire out! 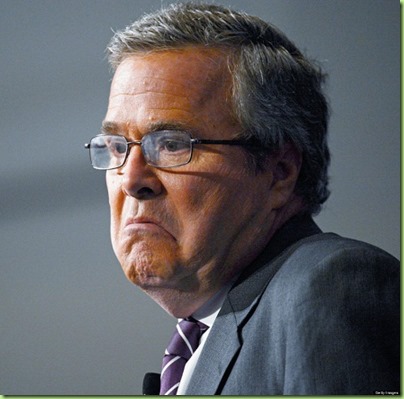 On the inevitability of Trump: 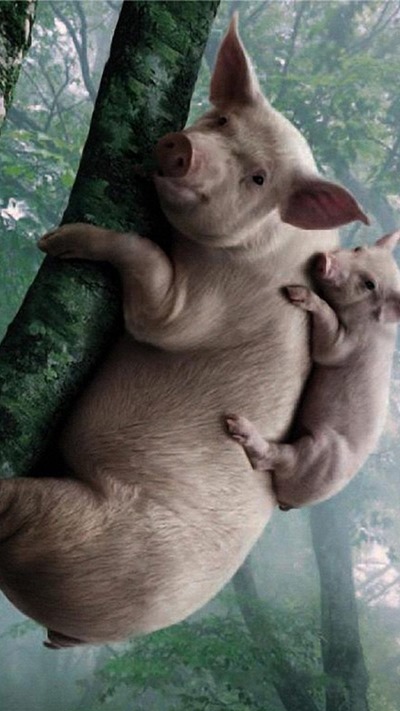 Henry II: The day those stout hearts band together is the day that pigs get wings. Eleanor: There'll be pork in the treetops come morning.

On Rubio, the Robot: 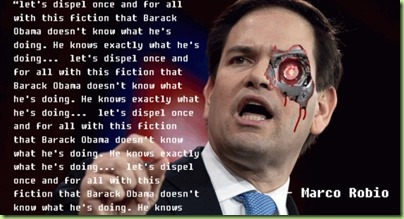 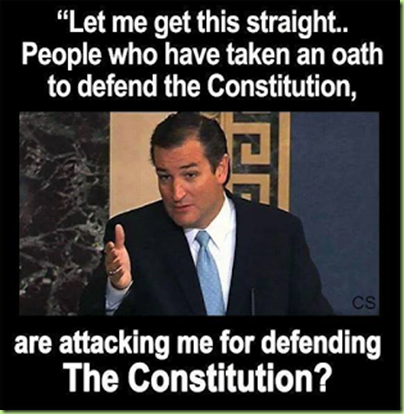 Prince Richard: So! The royal corkscrew finds ME twisted? 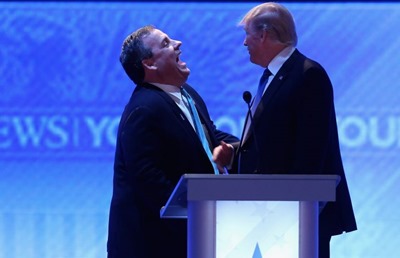 Eleanor: Well, that's the way deals are made. We've got him if we want him. He'll sell us all, you know... but only if he thinks we think he won't.

In summary: A tale of betrayal, treachery, and a knife fight: just another day on the trail leading up to the coronation of the Republican  presidential nominee. I leave you with perhaps the best line from the entire movie, from Princess Alais. It perhaps best reflects the country’s prevailing sentiment and mood right now: 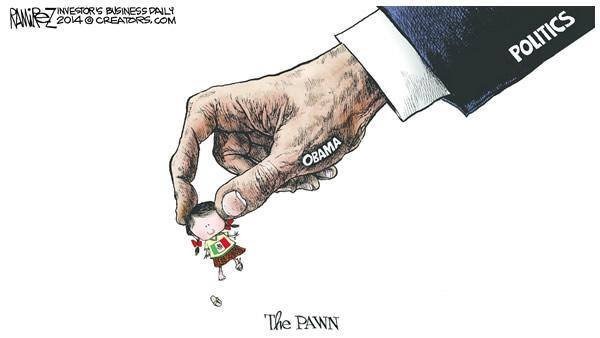 Princess Alais: Kings, queens, knights everywhere you look and I'm the only pawn. I haven't got a thing to lose - that makes me dangerous.

And that my friends is why The Donald is probably the inevitable nominee. 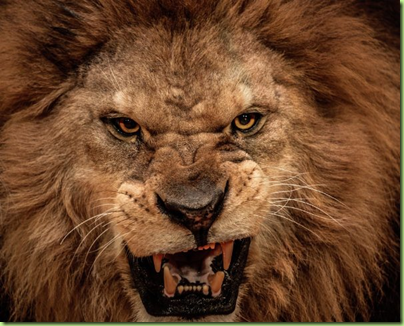 So time to man-up and pull our line together. I know there are many #NeverTrump-sters out there. I know he’s not really a conservative butt he’s also not a communist, a socialist or a felon. I know he shoots his mouth off and attacks any comers who dare criticize him. I know that his manner can be quite off-putting. It’s called fighting dirty. It’s what Democrats do. Principles are lovely things, butt when your country is literally being overrun with illegals and crushed by socialist programs with their attendant debt, it’s time to put your principles in storage for a bit and fight dirty.

Because the two things we know for sure is 1)  Democrat “campaigns” are always run by Alinsky’s Rules and 2) Republicans won’t use them so they lose. The Donald is one of the few on our side who is quite willing to fight dirty, and the only one who really knows how to do it. When he gets down in the mud he leaves more muck on his opponent than himself. He’s combined The Art of the Deal with Alinsky’s Rules. We would be foolish not to support the first Republican in a very long time who’s willing to push back rather than simply slow the rate of the enemy’s advancement.

I know none of us knows for sure what he’ll do if elected. Butt we do know what Clinton et al will, and frankly I find that much more alarming. At least with Trump we get a wall.

The inevitable presidency of Donald J. Trump was quite the journey and I remain grateful for being able to go along for the sometime bumpy ride. In the end it turned out that he didn’t need us half as much as we needed him. 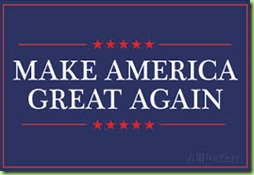 Besides the fact that he is ineligible?

2 posted on 01/31/2018 7:30:37 AM PST by Lurkinanloomin (Natural Born Citizen Means Born Here of Citizen Parents__Know Islam, No Peace-No Islam, Know Peace)
[ Post Reply | Private Reply | To 1 | View Replies]
To: NOBO2012
The only small faux pas Trump committed was when he called out the horrendous Obama Care by name - I thought he should have just stuck with the folks making $50K that couldn't afford insurance and were being unconstitutionally punished by fining them - he has spoken about so much for so long that "Obama Care" would naturally click in their minds...as it is, you could hear the groan as he stuck it in the Dems' eyes so i wasn't too concerned.

What a great and forthright speech.

My favorite moments were:

In God we trust

Americans are dreamers too

Those 3 things showed the biggest dichotomy between the dems and the righteous....

The Dems need their own Trump, a man who will slap the silly buggers and shut their dumb mouths. They need a man who believes in the Founders’ vision of this country and has a clear understanding of how to get it back. A man who is not a sellout to any other nation or ideology.
The stupid idea that we need two parties trying to destroy each other is not the American Way. We need two or three or more parties fighting for precisely the same thing, the country. When we have that we can let the best man win.

Would be nice if we could add another Party of true conservatives w/o giving the farm away though.

Stealing this for my tagline. Thanks!

The stupid idea that we need two parties trying to destroy each other is not the American Way.


President Washington would agree with you. The Founding Fathers had a lot of party politics in England to learn from. It’s ironic that the two-party system began in his cabinet. The Constitution was clearly not designed for the parties. The election of 1800 and the subsequent 12 Amendment shows that.

There is a better than even chance the Dem party, or at least its current leadership, will be marginalized by substantial failure at the polls this fall. This will open the door to mainstream insurgents claiming the party “for the USA.” They exist, as traditional liberals, not Marxists, who have no voice in the Dem party as it is currently structured.
There are many in the Republican party who are classical liberals and hate the One World ideology of the Democrat party.