They said if I voted for Donald Trump he would turn D.C. into another reality show. Of course what they failed to understand is that D.C. has always been a reality show. President Trump just decided to broadcast it. 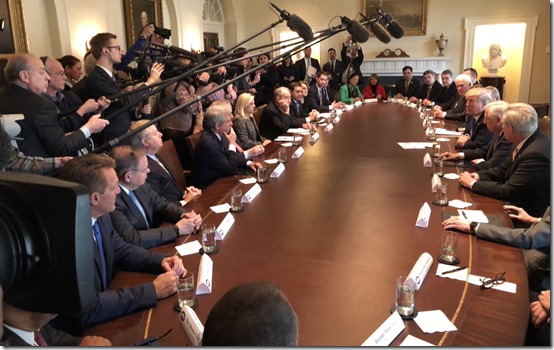 In a time where few people, even federal judges, seem to understand and/or respect the law…

A federal judge on Tuesday blocked the Trump administration from rescinding the Deferred Action for Childhood Arrivals program, which protects those who were brought to the U.S. illegally as children from facing deportation if they meet certain qualifications.

U.S. District Judge William Alsup, who is based in San Francisco, ordered the Trump administration to renew parts of the program and to start accepting renewal applications from those already part of the program while related lawsuits make their way through the legal system…Alsup argued the administration’s assertion that DACA was unlawful appeared to be “based on a flawed legal premise. [ed. What “flawed legal premise? That  you can’t unilaterally circumvent Congress after it declined to extend the DACA benefits to this same group of illegal aliens?]

it’s fairly easy to understand why the President decided to go live with his reality show.

Let’s have a little of that transparency that Obama spoke so highly of but never implemented. Let’s hear the Democrats defend their insistence that our borders remain open to all comers and chain migration continue in order to ensure generations of future Dem voters. Let’s hear them insist, again, that if you give them what they want now they’ll work with you later on what you want. 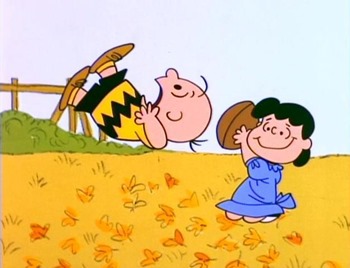 Let’s hear the Democrats tell us they want a “clean DACA” bill - meaning amnesty for the Dreamers with no strings attached. Let’s hear Trump amiably agree that he too wants a clean DACA bill, by which he means funding of The Wall and an end to chain migration and the visa lottery. Note to Ann Coulter and Tucker Carlson: it’s too soon to talk about Trump being a traitor. Remember the President is fresh from a meeting with Republican leaders at Camp David last weekend. When he says “I’ll sign whatever you send me” I suspect he has an agreement with the House and Senate leaders regarding acceptable parameters. So why would they send him anything else? And I’m betting the bill includes wall funding and the end of chain migration and the visa lottery. Yes, I assume it will also include some type of legality - short of automatic citizenship - for any of the Dreamers who’ve managed to keep a clean rap sheet. But frankly I’ve always assumed that would be the case. It’s the art of the deal.

"You can't con people, at least not for long. You can create excitement, you can do wonderful promotion and get all kinds of press, and you can throw in a little hyperbole. But if you don't deliver the goods, people will eventually catch on." Donald Trump, The Art of the Deal

At least this is being talked about openly. We have been observing it our entire lives.

Much of what MOTUS penned is spot on, though I sure as hell hope that Trump DOES have an agreement with the Republicans that the bill that Congress sends him must include border security and an end to chain migration and an end to visa lottery, and that yesterday’s “reality show” was just theater for the Rats.

Trump changing the game by insuring the Dems get face time as they actually are and no misleading leaks can be used to try to “prove” their usual lies and complaints - gonna have to by the President a Amati and/or Stradivarius....he is playing them like the maestro he is.

Everyone is forgetting the context of his campaign statements, further statements in the past year, hacktivist judges, demands by Dems and a strategy meeting at Camp David this past weekend.

“I’ll sign whatever You send me”...wink, wink....parameters were set this weekend.

And now the dems have been handed their azz on TV with a smile...

They know they are his prison beeotch, and it will be fun to watch them sweat all the way to the 19th whatever the deadline is.

* DACA is illegal, it will go way, the Courts said so.
* PDJT is giving them a lifeline, ok, you want to make them legal aka the DACAians, good, here are my terms.
* You can have a deal, or deal with the DACAians after you shaft them and are you are left scratching your butt.

Ultimate deal maker, he knows he can walk away from this deal and still win.

I think every kid that wants to buy and old jalopy / muscle car to fix-up or anything for that matter should watch this man. You can walk away from any deal, you don't need it that bad, they need you.

As we used to say back in the day, Money Talks and SullBhit walks, he is laying the money on the hood of the old jalopy, this is my price, take it or leave it...