Unable to delay or modify the effort of Chief US District Judge Michael Mosman to disbar him from the federal court in Oregon, Ammon Bundy's Oregon Standoff lawyer has voluntarily removed himself from the federal bar in Oregon.

Marcus Mumford was facing an evidence hearing today in a disbarment process being handled by a Senior US District Judge from Washington state, John C. Coughenour. His decision to remove himself from the bar shuts down the disbarment.

Disbarment from the federal bar would have forced Mumford to disclose it in any court he practices in and may have led to efforts to take away his law license.

Mumford successfully defended Ammon Bundy during the first Oregon Standoff trial in 2016 when Bundy and six other "leaders" of the protest at the Malheur National Wildlife Refuge were found not guilty.

Mumford argued for Ammon Bundy's release at the end of the Oregon trial (October 27, 2016) with federal prosecutors insisting there was a Nevada retainer to keep him jailed but they were unable to produce any paperwork saying it was "in the office".

As Mumford continued to argue for his client before US District Judge Anna J. Brown minutes after the verdicts with witnesses, jury etc. present a group of federal marshals tackled, tased and arrested him.

Criminal charges were filed against Marcus Mumford with the marshals claiming Mumford was threatening them with what they claimed to be a fighting stance he took. Mr. Mumford is a relatively short man with a speech impediment.

Eventually the criminal charges were dropped when Mumford's lawyers asked for communications including texts between the marshals regarding Mumford. Mumford also obtained statements from his legal assistant and other defense lawyers in the case documenting the marshal's hostility to Mumford during the trial.

After criminal charges were dropped, the Oregon Chief Judge Michael Mosman moved to disbar Mumford from the Oregon federal court.

The effort to disbar Mumford centers around his conduct during the trial where he waged a spirted and aggressive defense of his client.

Efforts by Marcus Mumford to modify the court record and to delay the Monday evidence hearing were rejected repeatedly by Judge John Coughenour.

TOPICS: Conspiracy; Government; Politics
KEYWORDS: bunkervillestandoff; marcusmumford; oregon; oregonstandoff
The rush of Monday's events in Nevada kept me from posting this on FR. So I wanted to put it up today.

The lengths the government has gone to in their efforts against "the Bundys" should remind us that things just aren't over yet and one wonders whether Sessions will have the Nevada decision appealed because they could do that.

and who will be held responsible.

Spirited and aggressive is the same as vigorous. 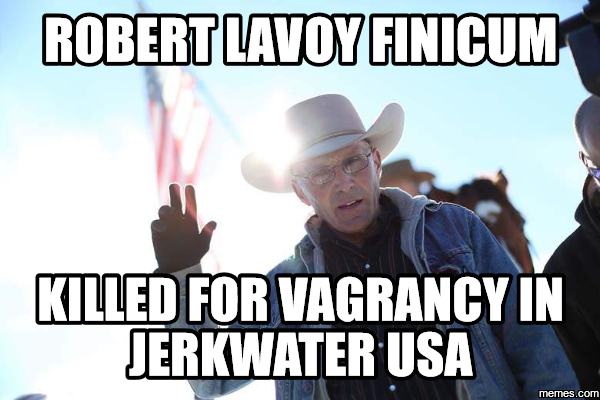