Remember John Edwards? Once considered a Democratic dream candidate straight from central casting, he was dividing the country with his disingenuous “two Americas” socialist diatribe long before Obama, Occupy Wall Street, BLM, or Bernie Sanders. He fell by the wayside after the revelation that he also thought America was a land of two families.

I bring him up only because he was apparently correct, there are two Americas: the Left’s and everyone else’s.

Everyone else sees the President enter a stadium and hears the cheers, In Left America they hear only jeers. 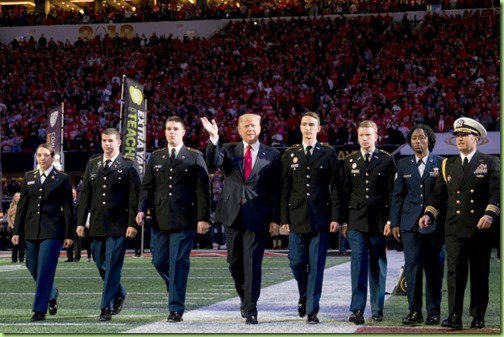 Left America watches the President singing the national anthem and assumes he’s forgotten the words because, dementia! We see a guy singing along the same way we do, sometimes joining in and sometimes stopping just to listen.

When it comes to Trump – or anyone not buying into their socialist utopian dream – the Left is committed to seeing two different realities. Hillary will forever be a paragon of virtue while Trump, and by extension his supporters, will always be the Nazi who recognized Jerusalem as Israel’s capital, and the racist trying to prevent our borders from turning into permeable floodgates. No matter that the Left is only interested in the border crossers as a “critical component of the Democratic Party’s future electoral success.”

I guess we just have to accept the fact that there are two Americas and continue to fight to maintain the one based on the principles adopted by the founding fathers rather than those espoused in Das Kapital.
So you keep waving those white towels as a symbol of protest against Trump’s America:

We’ll keep seeing them as a sign of surrender. 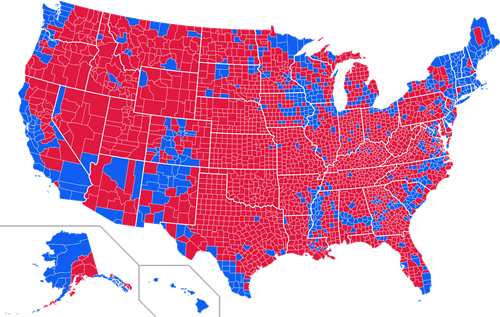 Two Americas: but we’re gaining on them

Deep State/NWO/Globalist America will surrender or be destroyed. It is that plain and simple

So let’s go with the notion that there are in fact two Americas. Sadly this may be the case. A lot of people on the left and on the right have forgotten the meaning of E Pluribus Unum.

That is the America that will win.

The deep state will not win. Out financed, out manned and out gunned.