I see the debate over precisely how it is that manmade climate change will destroy the planet rages on. 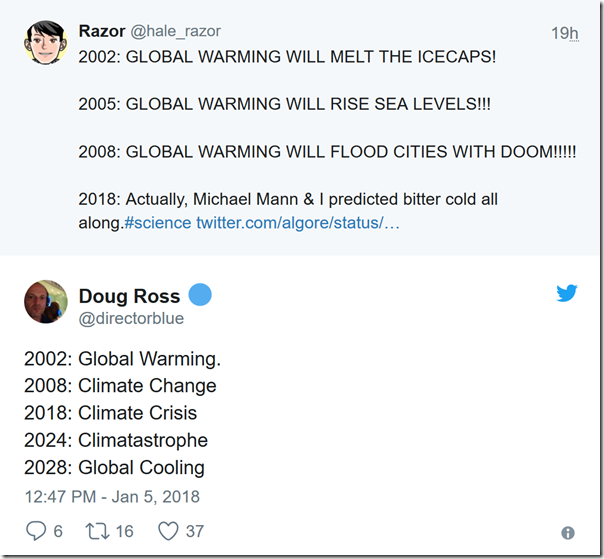 All we know for sure is that President Trump, lunatic-at-large, is responsible as he withdrew the U.S. from the planet-saving Paris Agreement on climate change. And since consensus has it that we are all going to die perhaps we should spend a little time contemplating the pros and cons of cooling v. warming. 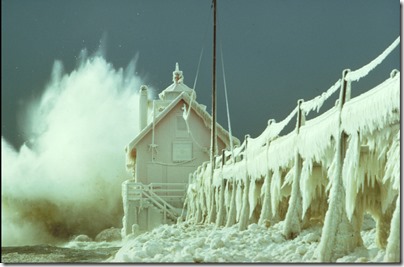 The metaphysics alone make my head spin, but better to be prepared. 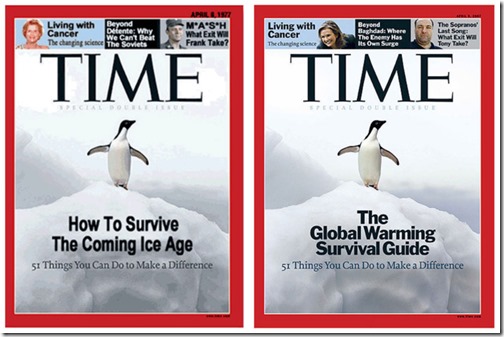 So I give you Robert Frost’s poem to contemplate the possibilities.

Some say the world will end in fire,

Some say in ice.

From what I’ve tasted of desire

I hold with those who favor fire.

But if it had to perish twice,

I think I know enough of hate

To say that for destruction ice

Either way, and with all inconvenient truths aside, Al Gore - Global Warming/Cooling/Change Guru and Love Poodle - will continue to preach his planet saving, morally superior,  carbon-caring religion that forms the basis of his wealth. 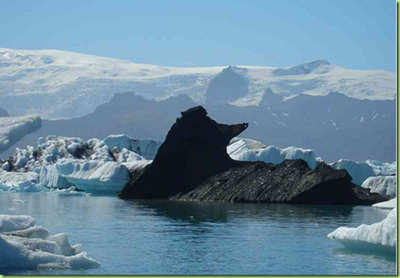 The Al Gore memorial black “love poodle” iceberg was created in 2000 in anticipation of his presidential inaugural in January 2001. Last seen languishing off the coast of Labrador, waiting to be melted by global warming.

Thanks for sharing - NOT!

Thanks for posting, I love that poem, I used it in my lesson plans for many years

So, when are the polar bears going to be swimming in the ice-filled Potomac and wandering around eating the few DC residents left who choose to venture outdoors with their clubs and harpoons in search of baby seals and whale blubber.

4 posted on 01/06/2018 6:16:15 AM PST by AndyJackson
[ Post Reply | Private Reply | To 1 | View Replies]
To: NOBO2012
The great science philosopher Karl Popper (1902-94) is famous for his concept of 'Falsifiability' as a tool for helping determining the validity of a theory. While not an absolute, I am struck by the fact that the proponents of this 'crisis' seem to seize upon every non-nominal weather phenomena as proof!

"Whenever a theory appears to you as the only possible one, take this as a sign that you have neither understood the theory nor the problem which it was intended to solve." 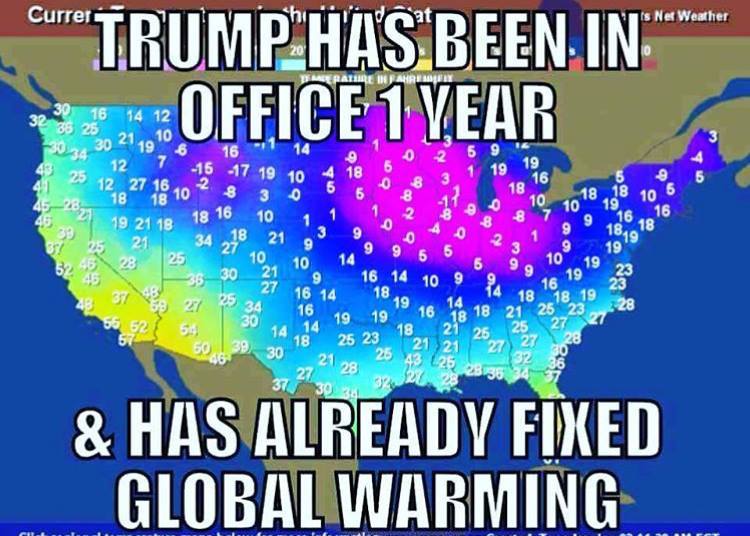 I will have lots of uses for it...

Waste of a good title. Just like this post is a waste of disk space on this blog.

“I see the debate over precisely how it is that manmade climate change will destroy the planet rages on.”

FULL STOP! “man made”? Man, as in hu-man, has never, will never, cause global climate change. It’s a FARCE created by the left with their FAKED science and FAKED/CREATED computer models.

10 posted on 01/06/2018 8:07:34 AM PST by joshua c (To disrupt the system, we must disrupt our lives)
[ Post Reply | Private Reply | To 1 | View Replies]
To: NOBO2012
All we know for sure is that President Trump, lunatic-at-large, is responsible as he withdrew the U.S. from the planet-saving Paris Agreement on climate change.

This is your brain on drugs.

thats the name of my husband’s hvac business!