Donald Trump promised to drain the swamp and clear the dead wood when he was elected. Now he’s doing it:

Exclusive: Iconic White House tree to be cut down CNN

Although some want to give Melania the credit/blame: 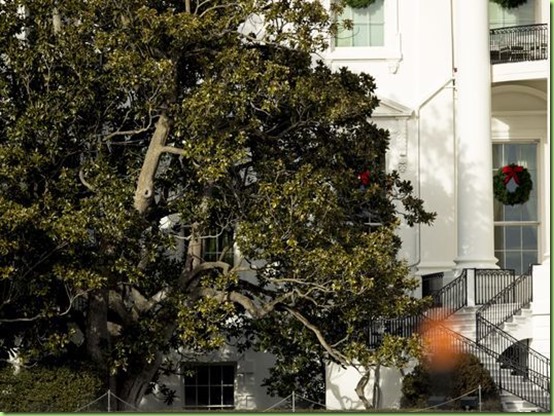 Dead wood visible even to the untrained eye

Journalists seem to revere the Jackson magnolia tree more than the presidency itself these days:

The enormous magnolia tree stood watch by the South Portico of the White House for nearly two centuries. Its dark green, glossy leaves shaded politicians and heads of state. Its ivory flowers bloomed through times of peace and war. It is the oldest tree on the White House grounds, a witness to Easter egg rolls and state ceremonies, a resignation, a plane crash, all the tumult and triumph of 39 presidencies. - WaPo

Although lovely enough in bloom, 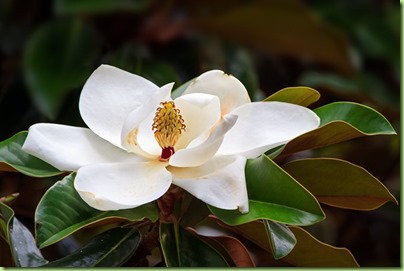 Whoops! The Jackson magnolia is WHITE! No wonder it has to go.

it has been propped up artificially for decades:

"The overall architecture and structure of the tree is greatly compromised and the tree is completely dependent on the artificial support. Without the extensive cabling system, the tree would have fallen years ago. Presently, and very concerning, the cabling system is failing on the east trunk, as a cable has pulled through the very thin layer of wood that remains. It is difficult to predict when and how many more will fail." – CNN

The same could be said of the media news system. Time to whack it back.

I hope they take that damned statue of odumbo when they remove the rest of the “dead wood”.

Fake News. The removel was based on tree experts who said that part of the tree was dead and should be removed.

I think they are going to plant a baby tree grown from cuttings of this tree. The symbolic link to Andrew Jackson will remain in renewed form.