It turns out Bill O’Reilly was right all along: there IS a war on Christmas. 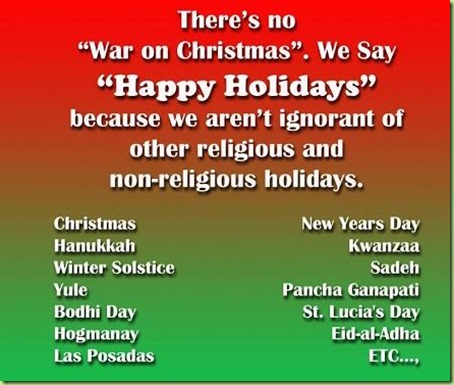 Quick, without looking it up, somebody tell me what Pancha Ganapati is

Newsweek pretty much confirmed as much with their Christmas Eve story titled “How Trump and the Nazis Stole Christmas To Promote White Nationalism.”

Trump supporters say Americans have become too politically correct when they wish people happy holidays, a neutral term that can be used for people who celebrate Hanukkah, Eid, or any other religious holiday that takes place around the same time as Christmas. – ed. And let’s not forget the non-religious holidays that take place during the same time frame: Festivus, Kwanza, Winter Solstice…Pancha Ganapati?

But critics – ed. those nameless, faceless “critics” that show up whenever journalists need a stand in for their own opinions - counter that Trump is promoting a version of the holidays that excludes members of other religions, and that his crusade to bring back Christmas is part of a larger attempt by the president to define America as a country for white Christians alone.

After denying that any such war existed for the past decade or so, the Left finally acknowledges it’s a real thing because a) they sense they are losing and b) they can make Trump the villain. So the new meme is that Trump’s insistence on saying “Merry Christmas” is a racist dog whistle:

“I see such invocations of Christmas as a kind of cypher, what some would call a dog whistle. It does not appear to be intolerant or extreme, but to attentive audiences it speaks volumes about identity and belonging—who and what are fully American,” Richard King, a professor at Washington State University who studies how white supremacists exploit culture, told Newsweek.

I would suggest that professor King could better spend his time studying how Leftists exploit culture to advance their multi-faceted agenda. But I suppose that suggestion is a cypher as well.

Wishing people “merry Christmas” instead of “happy holidays,” is thus in line with Trump’s decision to ban citizens of Muslim-majority countries from entering the United States, critics say.

And that’s all I have to say about the Newsweek piece that relies on the bulls#@t pumped out by a Washington State University professor of “Critical Culture, Gender, & Race Studies” to advance their own “critical white supremacy theory of Trump.” I direct you to Washington State University’s own official web page of Faculty and Staff to understand where this clap trap comes from. I had to do some deep diving to ensure myself that this really was an official university write up because it reads more like a sophomoric attempt at satire:

Born in the Land of Oz, Dr. King resided in Alaska and Portland before settling in Kansas City for his wonder years. Attending the University of Kansas, he earned a B.A. and an M.A. in cultural anthropology, but more importantly drank schnapps with Fishbone, celebrated a national championship in basketball, became obsessed with the writings of Foucault, flirted with undertaking fieldwork in Polynesia, and fell in love with a rare jewel, who continues to dazzle him with her wit and beauty. In 1992, he stepped off the yellow brick road, venturing to the University of Illinois. There, his engagements with Chief Illiniwek* and cultural studies prompted him to devote his energies to critical race studies, indigenous issues, and social justice. He came to WSU teaching at Drake University in Des Moines for six years.

If you’ve paid good money to WSU to “educate” your offspring and haven’t puked yet, you’re a better man** than I am, Gunga Din.

And might I remind you that professor King himself is prima facie evidence of the success of decades of educational/cultural propaganda. He would no doubt take exception with the “racebending” casting of Sam Jaffe as Gunga Din in the 1939 movie. 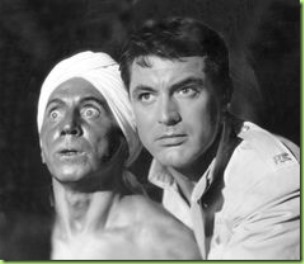 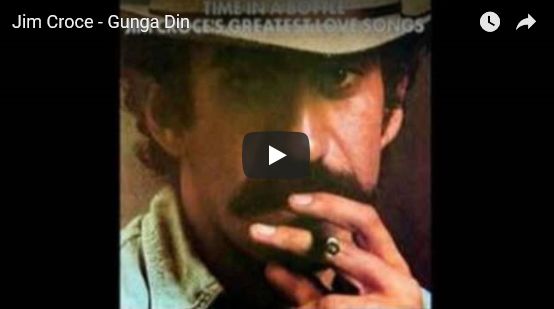 In the high street of the small town I live in, in Derbyshire, there's a crib scene beneath the Christmas tree, just like there is every year.