Latest American Justice report from the lunatic fringe of the Left:

Cindy Bass is currently a Philadelphia City Council woman.** But with a track record of sponsoring legislation that shifts the power balance  back into the hands of the crooks and thugs , she’s definitely future Congressional material. Of course her current proposal which requires liquor stores to take down the bullet proof glass that protects-clerks from gun-wielding marauders, was drafted with the best possible intentions. Unintended consequences - in this case more dead clerks – never enters their field of vision when they’re crafting do-gooder regulation for others to live by.

“Nuisance establishments like stop-and-gos harm neighborhoods throughout Philadelphia in several ways,” Bass told Philly Mag. “First, they contribute to increased crime. On any given day, you can find people in front of these businesses selling ‘loosies,’ or loose cigarettes, and engaging in other nuisance behaviors like loitering, public drunkenness, possible drug sales, and even public urination.”

…Right now, the plexiglass has to come down," Bass said.  - PJ Media

Makes perfect sense to me: once you make your town a sanctuary for illegals why not go one step further and ‘level the playing field’ as our ex-president was fond of saying. If they choose to pursue the American Dream via the thug life, let’s remove all obstacles standing in their way. 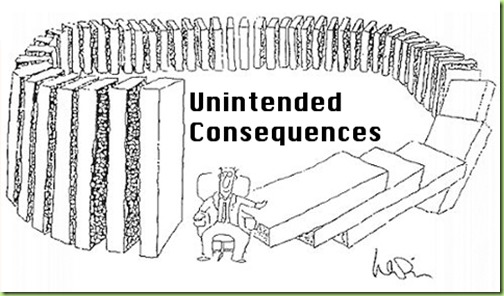 **You know her party affiliation, and you have a 50:50 shot at guessing her race.

Do not agree. I think she knows this will happen and that it is a benefit of the plan. Asians or white die, the blacks feel more empowered, she gets reelected.

This phrase has needed to be corrected for decades and should be changed to the Or the Law of Intended Consequences. The destructive idiocy and insistence on eliminating traditional and moral standards has ALWAYS been the intent of the libtard scum.

The businesses are seedy convience stores that claim to be “restaurants” to get a different and much cheaper business license. This is not siding with the criminals. When I first read about this I assumed it was an attempt to destigmatize people who felt put upon having to deal with a clerk through bullet proof glass, but that does not appear to be the case.

Untangling this horse$hit. “convenience stores contribute to crime.” Obvious falsehood, from an inability to think clearly. Listen, b!tchface, the store doesn’t commit the crime, your lovely constituents commit the crime. You say people commit crime in front of the store, so the store is at fault. Then, by some miraculous leap of mental muddling, b!tchface wants the protective glass removed so her wonderful constituents can waltz right in and take what is “rightfully” theirs from their “oppressors.”
There are no “Unintended consequences.” They foresee the end result, and are therefore responsible for bringing it about.

6 posted on 12/04/2017 5:32:52 AM PST by I want the USA back (Doing more of what fails is the definition of liberalism and insanity.)
[ Post Reply | Private Reply | To 1 | View Replies]
To: NOBO2012
The real "unintended" consequence will be that the "Stop and gas rob" businesses will close, taking jobs and tax revenue with them; and leaving the demand for their services unserved in the communities. If you want to clean up the undesirable actions that congregate around these businesses, how about increase police presence, and run-in the thugs?
7 posted on 12/04/2017 5:43:16 AM PST by nuke_road_warrior (Making the world safe for nuclear power for over 20 years)
[ Post Reply | Private Reply | To 1 | View Replies]
To: NOBO2012
These aren't “convenience” stores. They are a flat out necessity. Without them the residents of these neighborhoods will be in a sorry state.

I grew up in the Kensington neighborhood of Philadelphia. I did not own a car until I was 30 and finally escaped the North Philly, West Philly, and Kensington housing that were all that I could afford until then.

Her constituents need to make a living too. Philadelphia will soon look like Mogadishu. 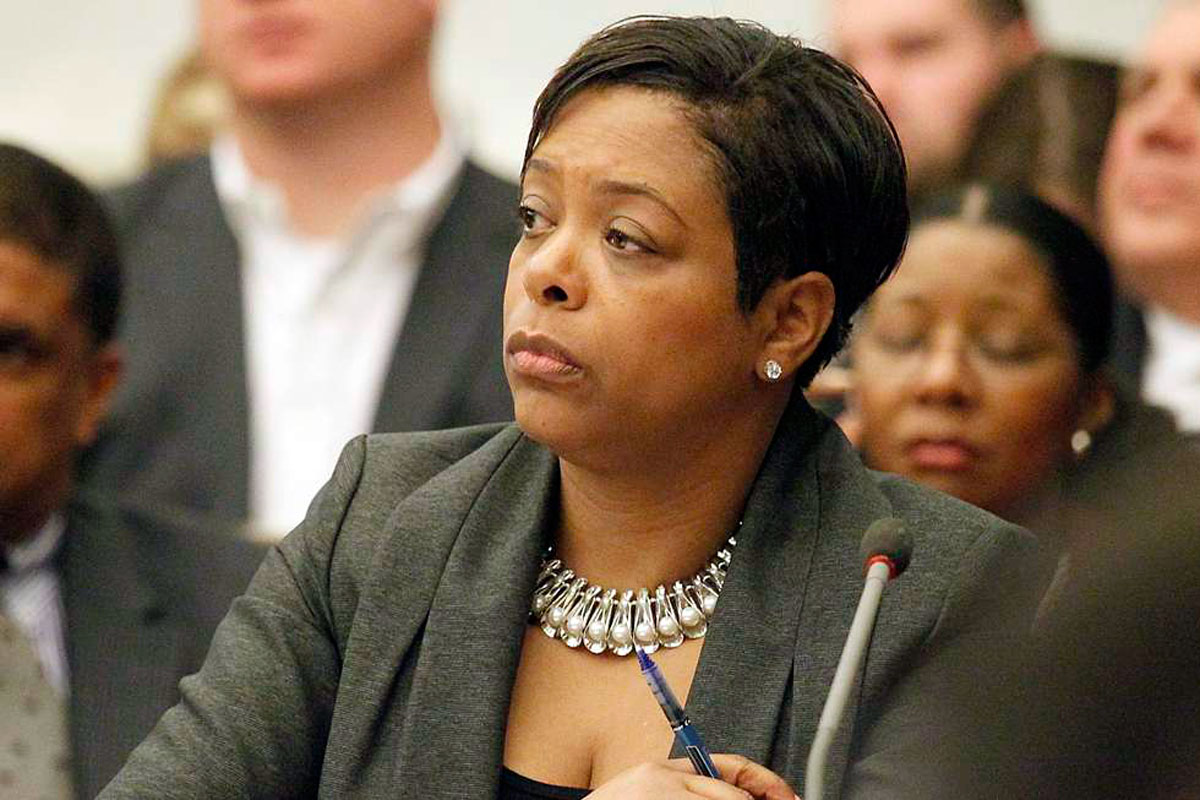