Is it just me or does Hillary sound like a broken record?

“I regret deeply that this appears to be the politicization of the Justice Department and our justice system,” Clinton said on Wednesday. “This Uranium One story has been debunked countless times by members of the press, by independent experts. It is nothing but a false charge that the Trump administration is trying to drum up to avoid attention being drawn to them.”

Like the Benghazi affair was “politicized.” Like the acid wiping of her confidential-information-containing email server “what, with a cloth or something” was debunked. 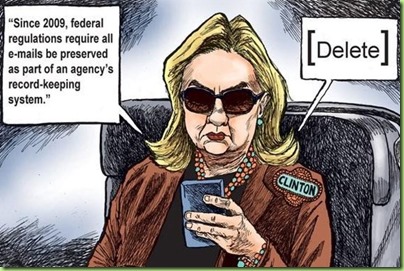 Because rules are for the little people

And like the charges against Bill Clinton were just part of a vast right wing conspiracy.

I don’t know about you but I find it reassuring that the charges have been debunked by independent members of the press rather than by  independent counsel.

If they send a signal that we’re going to be like some dictatorship, like some authoritarian regime, where political opponents are going to be unfairly, fraudulently investigated, that rips at the fabric of the contract we have, that we can trust our justice system,”

Tell that to Dinesh D’Souza. And the dozens of other people whose lives and businesses were ruined by unwarranted, politically motivated IRS harassment during the Obama regime.

But don’t worry, Hillary’s not the least bit worried, despite the seriousness of the charge:

“I regret if they do it because it will be such a disastrous step to politicizing the justice system. And at the end of the day, nothing will come of it, but it will, you know, cause a lot of terrible consequences that we might live with for a really long time.” 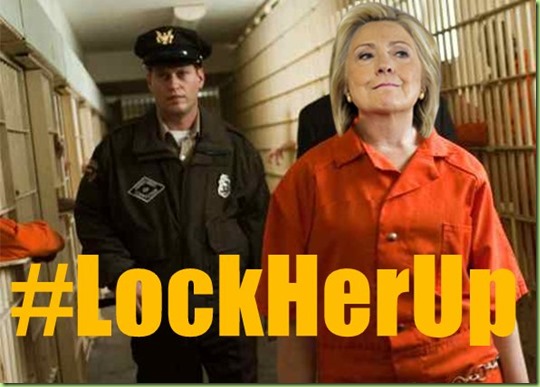 Wondering why Hillary chose Mother Jones to share her thoughts on her potential investigation? Aside from the fact they were the next stop on the Great Hillary Rehab Tour, it might be because they’ve already exonerated her of all charges. Just part of the vast left wing independent media. 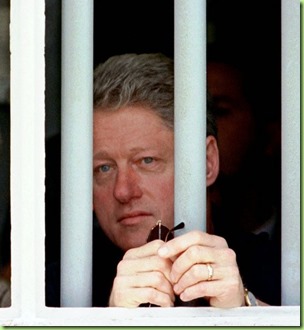 She’s like the kid with chocolate all over his face denying the cake incident.

Funny thing is, it’s NEVER been debunked by ANYBODY.

All of the evidence points to a clear and specific bribery and payoff system manipulated BY Hillary and Bill Clinton to make many off of her power and influence as a sitting Sec of State and (later) as the intended President of the US.

Classically, conviction of a crime by circumstantial evidence only requires:

But one final requirement is needed. Morality. (Or, more precisely) Lack of Morality: The criminal has to have enough (lack of) a moral character that WOULD take advantage of the Opportunity, and the Security of her most-favored-nation status in her national press corpse to expect to her to be able to get away with the crime.

And Hillary has 40 years of evidence

The Clintons used their power to intimidate and persecute their enemies and Obama used the Justice Dept. like a hammer to intimidate states trying to defend themselves from the illegals invasion. They harassed businessmen and private citizens trying to make a living and used the IRS to eat away at our substance.
Lock them up. As long as they can get away with this, and then have the temerity to project their crimes onto us, they will continue to do it. What are you waiting for, AG Rip Van Sessions? Christmas?

The Clintons, Bill and Hillary, remind me of the Ceausescus, Nicolae and Elena. Both couples are/were traitorous and evil in their deeds. The Romanians had the courage to forever rid themselves of the Ceausescus and did so by executing them. Similarly, the American people need to rid themselves of the Clintons by putting them on trial for the various crimes they’ve committed and imprisoning them after they’ve been found guilty.